What Do Small Companies Think About Mobile? 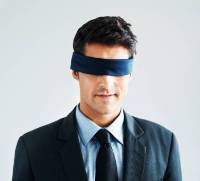 I’m not alone in using the term “enterprise mobile/mobility” when I want to talk about something of interest to all business customers. That’s lazy writing, though. Strictly speaking, enterprises means large firms, which in Europe, means more than 250 employees/50 million euro in revenue, or more than 500 employees in the U.S.

Defined that way, two things are clear: 1) the vast majority of companies are small-to-medium-sized enterprises (SMEs); 2) the needs and attitudes of SMEs can differ from their bigger brothers.

Getting an enterprise CIO on the phone can be difficult. But finding out who actually runs IT at an SME can be even more elusive.

So I turned to a colleague at SAP who deals with this world every day.

Shawn Robertson is a vice-president in charge of SAP mobile inside sales based in Scottsdale, Arizona.

SAP’s inside sales team for mobile has grown by leaps and bounds since the acquisition of Sybase in mid-2010. There were just two Inside Sales Executives devoted to mobile in the second half of 2010. That grew to ten mobile ISEs last year. That has grown to 32 mobile inside reps (out of 1,000 inside sales reps worldwide for SAP) under Robertson’s watch.

Unlike field-based account executives, inside sales reps do most of their work over telephone and e-mail. That doesn’t make their work any less demanding. ISEs are expected not only to be able to sell SAP’s entire mobile portfolio, which also now includes the Sybase 365 and Syclo apps, but even help customers “mock up a potential custom app” written for them by SAP.

And because they focus on deals under $175,000 in worth, they tend to talk to more SMEs than other SAP mobile reps, says Robertson.

And what do Robertson and his reps see? Poor mobile device management and security, for one. Many SMEs are still wrestling with how to handle the BYOD influx.

One company Robertson worked with recently was starting to deploy iPads due to the CEO’s sudden conversion to the merits of mobile real-time sales dashboards.

Of course, the CEO hadn’t considered the security implications – but his director of IT had. She bought a 25-seat package of SAP Afaria mobile device management software as part of the proof of concept deployment, which she fully expects to be successful, Robertson said. When that happens, “it will trigger them to go big” on mobile, Robertson said.

Once de facto aimed at enterprises, Afaria is more appealing to SMEs today for two reasons: a 14-day free trial, as well as a cloud version hosted on Amazon Web Services.

One consumer goods vendor had a problem with field reps that would go out in trucks. Once out in the field, though, the company had no visibility into their real-time inventory, while reps had little to no information on customer accounts.

“The customer’s reps would go in blind every time,” he said.

Ironically, the company did have a CRM application running on laptops. But it was inconvenient to use, requiring reps to dial into a server to refresh data. That doomed it to poor usage, Robertson said.

To fix that, the company deployed SAP CRM Sales Mobile app to 75 field reps. “What they have now are reps who actually use the system now, and can intuitively access the latest account information, be more intelligent about the account, and get back to the job of relationship selling,” he said.

The final thing that smaller customers tend to embrace today are apps that accelerate internal workflows.

“Everyone’s got pain points,” Robertson said, citing his own personal bugaboos – approving his employees’ gas receipts, and getting all of the necessary signatures on a sales contract during end of quarter crunch time.