The Intent of the Learner

In my previous post I concluded that there is no intent of education per se, but individual intent of actors in an education system. In this post I will talk about the learners in the education system and try to explore their intent. 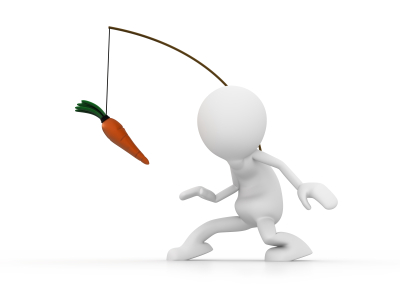 The learner is a rather broad category, as basically every single person is included. I know, this sounds like big talk. So let’s verify the statement by a simple mind experiment. Imagine you are trying to avoid learning for a day. How much effort it would be, if possible at all? The brain is basically not able to avoid learning. If you watch someone successfully getting money out of a vending machine by kicking it in a certain spot, you may choose not to utilize the knowledge you acquired but you can’t avoid knowing that it works. What do we learn from this? We are all unintentional learners by design. When you think about it, this might actually be the reason why (despite unmotivated students) current education systems have reasonable success.

A century ago, William James concluded that people are exclusively driven by their instincts. On this basis, any kind of learning would be unintentional. Since then generations of scientists proved him wrong, showing that humans are capable of influencing their own level of motivation. Today the most prominent theory advocates that apart from instincts, behavior is also driven by desires. For example, Prof. Steven Reiss and his research team recently published 16 distinct desires – power, independence, curiosity, acceptance, order, saving, honor, idealism, social contact, family, status, vengeance, romance, eating, physical exercise, and tranquility – that intrinsically motivate our actions. Of course there are many competing sets of desires, but no matter which one you favor they all have the following in common:

Since it is impractical to reason about each individual separately, segmentation is a widely accepted method to create population clusters from which to draw general conclusions. In the following I will discuss some segmentation of learners which I feel appropriate for structuring the discussion. Please be aware that the proposed groups are neither unique nor objective.

A popular classification is age (i.e. demographic profiling). As I see it, the intent of learning changes in four different stages of an individual: infant, student, professional and retired. My opinion is that infant learning is mainly driven by curiosity and directed towards acquiring skills or understanding the world. Students, experiencing fixed curricula and classroom-teaching, probably learn more for social reasons, as they are constantly measured and evaluated by teachers, parents and peers. For professionals learning (actually certification) is often perceived a necessary evil in order to reach or maintain a certain job status. Relieved of the burden to secure income and status, retirees learning activities are oscillating back towards curiosity. This time however the focus is on existential self-related questions like ‘Who am I?’

The third approach to segmenting of clustering I found distinguished between the goals of learning. The linked article proposes two categories of learners, those aspiring to acquire a skill and those driven by other objectives like having fun, making money or killing time. In my own words I would call them directed vs. undirected learners.

I hope the chess-player does not only show that each subgroup is populated but also that the membership is situational and could change over time. To add complexity, I would even argue a learner could be in multiple or even all subcategories at the same time. My personal lesson is that even though an education system should encourage intrinsically directed learning it should probably address the needs of all other learner groups as well, which might only be possible when treating learners as individuals.

The Future of Education

round of applause and a standing ovation

looking forward to the next ínstallment

You have very beautifully articulated the classification of different learners. Your blog is not just a good read but also makes one think as to which category he/she belongs to. And how can one improve their performance or increase their interest in a subject by identifying ways to move from an extrinsic undirect learner to an intrinsic direct learner. Your own contemplation of the directed vs. undirected learner is very impressive and further the analogy of the chess player is an excellent example that helps to understand your point completely. Also your observation that a learner belongs to multiple categories is very true. However one should make effort to find reasons that will make him/her an intrinsic learner or choose an area where his/her true interests lie. Once that is done the person will not only be successful but also enjoy and be happy with his work.

Thanks for writing this blog.