Is Fourth Place At The Olympics The Loneliest Place In The World? 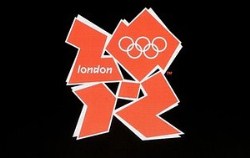 As a child in the UK, I grew up watching British athletes become the also-rans of Olympic finals. We celebrated “just being there” where “making the podium” was victory and “bronze was the new gold.”  And while there isn’t a fourth place medal at the Olympics, there have been plenty of spectacularly frustrating fourth place finishes over the years, including:

I can imagine nothing worse than to run, swim, ride, shoot, vault or leap your hardest, only to see three of your fiercest competitors on the podium. So from a business perspective, what are some of the lessons learned to be in peak shape for the Olympics? How can we make sure to “medal” and “go for the gold”? How can you avoid being an onlooker when the abundance of gold, silver and bronze is being handed out?

Plenty to feed, clothe and sell memorabilia to, including:

In total it is estimated that 60,000 meals will be served daily at the Olympic village and 12 million in total (including spectators).

Sports apparel manufacturers will have a “field day”:

No shortage on building and construction over the past few years:

The motto of the Olympic Games is “Swifter, Higher, Stronger”. This is true for the athletes taking part and for the businesses servicing the games.  The Olympic Games brings with them the opportunity of substantial income and the potential to generate considerable publicity (good and bad) for suppliers of goods and services at all stages in the supply chain. It has been estimated that around £5 billion worth of Olympic Games related contracts have already been won.

Be ready. There is no lonelier place than fourth place in the Olympics. Companies and the athletes need to run like never before.

This blog was origionaly published on Forbes.com
Alerting is not available for unauthorized users