There been a constant echo from a usability stand-point for any SAP software that meant to mimic what the web used to offer. Shopping carts have seen a drastic change in UI simplification and it goes without saying that every functionality Operational or Strategic, will have to follow this course of action.

We have blogged sequels after sequels in the past week highlighting the Streamlined Sourcing Innovations delivered in SAP SRM 7.0 EhP2 and have got some raving remarks from the outside world about how these can be potential game-changers for them.

Check all sequels under link: http://scn.sap.com/people/tridip.chakraborthy/content

Today’s blog would focus on a theme called “decision support to Sourcing via configuration” to help slice/dice the data that you see on screen, to make an informed decision. The RFx response comparison report would help Strategic sourcing folks to evaluate bids, side by side. Narrow down to the parameters that you want to evaluate very closely. Combine them together to check the bigger picture & what not.

In today’s blog we would be emphasizing on taking sourcing to the next level with this innovation of bringing in the element of having configurable decision making parameters right where you need it at the Bid Evaluation process level.

I still remember the pre SRM 7.0 regime, where I had to manually dump all of the sourcing data to compare in a primitive way, what more can I ask for, if this kind of a feature is available, all that am skeptical, is about the performance of this functionality.

This would definitely be resource intensive, as it would compute some stuff in the back-ground before giving on screen, the desired options.

2.0 Help me understand this feature / innovation? 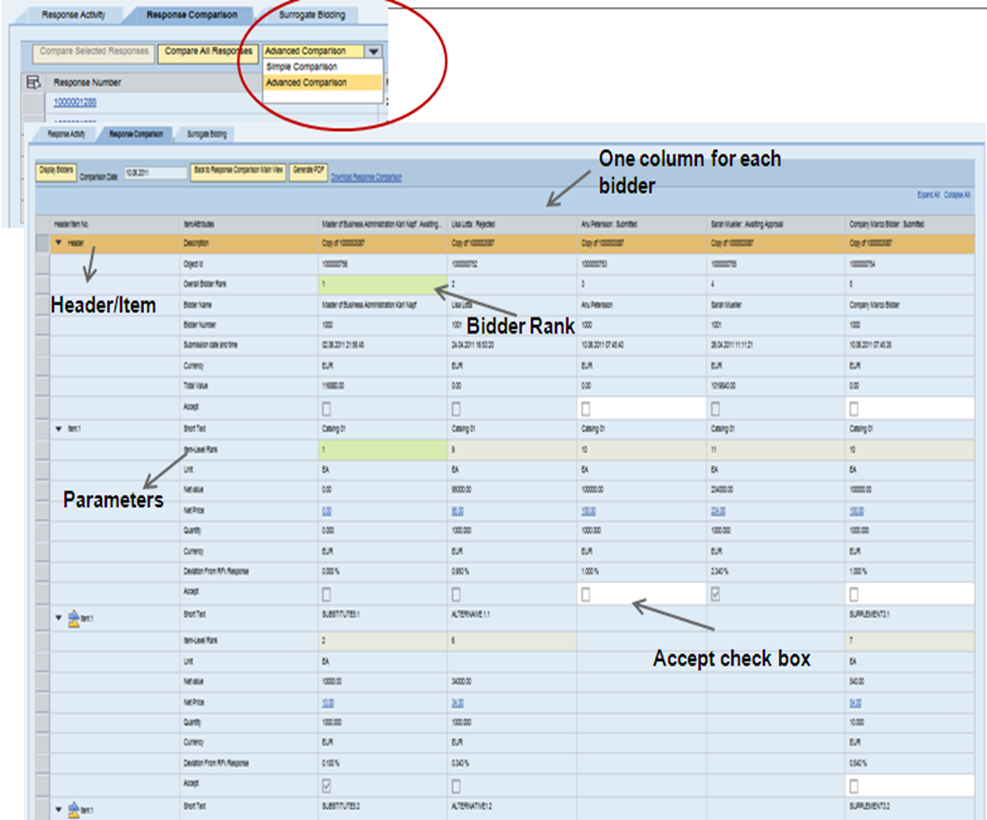 What are the configuration fields that can be activated to include in the comparison report, these can be controlled to have a more custom view for RFx response comparison. 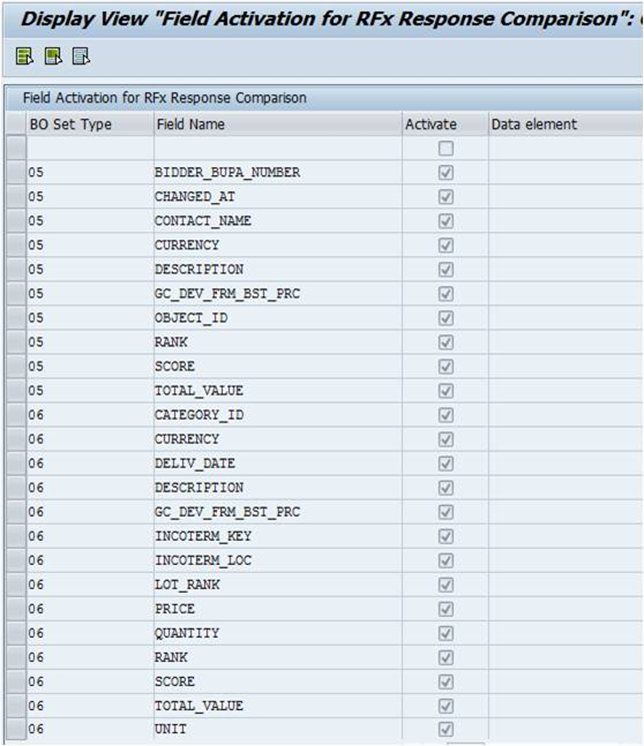 2. You can activate the switch in customizing for SAP SRM under SRM Server ->RFx ->  RFx Response Comparison->Activate/Deactivate  RFx response simulation.

–  Supplement items are not ranked

b) Different color for Rank 1

c) In the pdf that is generated from response comparison, following restrictions exist.

Item for the same basic item, the alternate and supplement items shall be displayed independently and not in the same row.

Thanks for tuning into these sequels, am sure that with SAP SRM 7.0 EhP2, you will have more power in your hands as an SAP Procurement consultant to help deliver those go-to customer implementations. In our next blog, we will discuss more about the POWL reports for SRM analytics & more to keep emphasizing on the Streamlined Sourcing Innovations 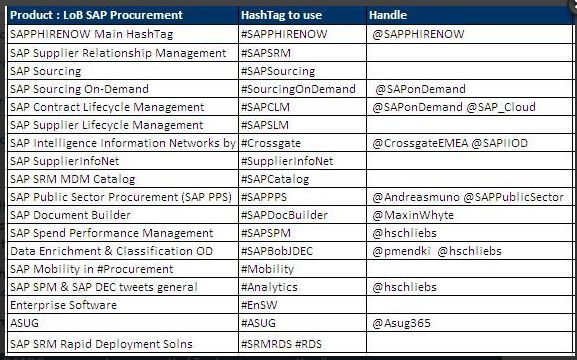