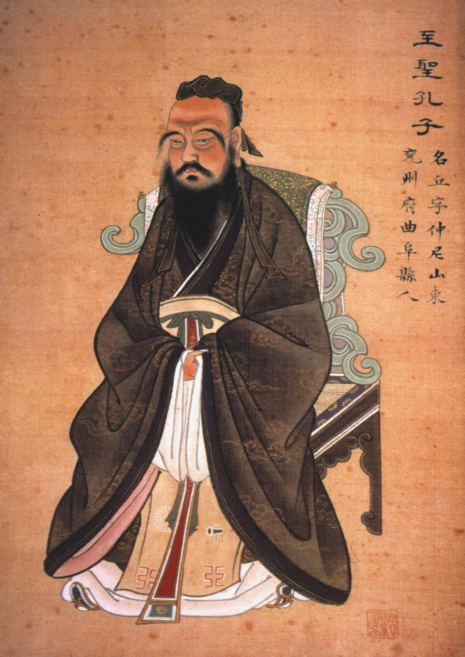 It was a rainy Friday afternoon. After a four-hour train trip from Shanghai, I finally arrived at Linhai, a coastal city located in the south of Zhejiang province – one of the wealthiest provinces of China. I came here to have an unofficial meeting with a college friend who is government official of this city, hoping to get some insights from him about the education policies and plans in China, from the government perspective. This is one of many interviews we are doing for the “future of education” initiative in SAP, to study the ongoing paradigm shift in the education sector globally, envision how technologies are enabling or accelerating these changes, and identify SAP’s opportunities in this space to make a positive social impact. John Mayerhofer has outlined the program framework in his umbrella post.

The city of Linhai is relatively small in China, with a little bit more than 1 million population. On my way from the train station to hotel, through the taxi window I saw the city’s old urban district, surrounded by aged residential buildings, crowded commercial streets, and historical attractions. Then all of the sudden I found myself already entered into the city’s new “development zone” with a completely different landscape – broad but empty driveways, bizarre modern architectures, and lots of new apartment buildings everywhere – some are under construction, and those completed neighborhoods look quite under-occupied from outside. This is a common scene of third-tier cities in China today. To attract domestic and overseas investors to the city and also to reap more government revenue from land sales, this type of government-invested “development zones” emerged everywhere in China decades ago. Unlike those first-tier and second–tier cities where development zones have successfully evolved into new CBDs, smaller cities like Linhai face more challenges to attract critical mass of residents, retail and commercial businesses to move into these new districts, and therefore they often end up to be under-inhabited “ghost towns” especially after business hours.

I met my friend in the hotel and the conversation turned to be informative. Before I summarize what I learned, let me try to first give a brief overview of the education system in China, in case it’s not familiar to you.

It’s interesting that the ancient education system in China had some similarities with the modern public education system. Since Han dynasty (~2000 years ago), a form of public schools has been established, making education services available to kids from all social classes (but boys only). The curriculum taught in these schools was all about Confucius classics, focusing on social norms and ethics instead of practical knowledge or skills. Then a nation-wide Imperial Exam system was set up to select administrative officials for the state’s bureaucracy based on testing scores, which offered a theoretic path for any male adult in China to move upward to the emperor’s ruling class. The intention behind this education system was very clear – to maintain the social harmony and government stability by implanting unconditional obedience to both civilians and bureaucratic officials.

This ancient system has served its purpose for thousands of years until it was finally discarded in the beginning of 20 century, replaced by a modern education system that first mimics Japan and later United States. However, in the next few decades the world wars, civic war and Mao’s Cultural Revolution disrupted the development, and illiteracy rate remained high in the country. Until 1979 and 1985, two important education reforms were enforced by Deng Xiaoping’s central government, which shaped the education system today. It consists of the following components – preschool, 9-year compulsory education (6-year elementary school + 3-year middle school), high school, vocational education, higher education, and continuing education.  The national higher education entrance examination (aka. Gaokao), using extremely rigid score-based admission criteria, became a fate-changing event for almost every Chinese teenagers.

Huge progress has been witnessed in the past 30 years – significantly reduced illiteracy rate by universal compulsory education, high performance in standardized testing (e.g. ranked top on the PISA assessment 2009), and improved coverage of higher education in population (~25% enrollment rate by 2010). On the other hand, some systematic problems exist and become more and more visible in recent years. There is tons of media coverage on this, but in short I think the problems can be summarized into 2 categories:

The government is not blind on these problems. A national outline for education reform has been rolled out in 2009, revealing a ten-year roadmap to build a learning society by 2020, with targets defined on all levels of education.

“We should put these education problems into a bigger picture”, my friend said during the conversation. Then he told me that there are 2 mega-themes Chinese government (on both state level and local level) is mostly concerned about in the next 10 years – industrial upgrade and social stability.

The intention to restructure China’s manufacturing-centric, export-dependent, and resource-intensive economy has been existing for years, but the sense of urgency has never been so high this year. Evidenced by the recent economic slowdown, there is strong belief that the current “world factory” economic model in China is not sustainable in the long term due to many factors such as increasing labor cost and material cost, rising Chinese currency, weak global demand, ageing population, increased competition from other developing world, unaffordable real estate prices, and costly pollution problems. Taking Linhai as example, the 4 pillar industries to support the local economy are automotive, construction materials, outdoor leisure products, and shipbuilding. During this round of slow-down, all industries except automotive have been impacted. To mitigate these risks, the local government has decided to give more support to industries like new energy and environmental technologies, new materials, ocean exploitation, high-end industrial equipment, pharmaceutical technologies, and also information technology. However, the bottleneck is not capital, infrastructure, or entrepreneurship, but exactly the lack of innovation ability and high-end specialists. Without having top-notch universities in Linhai, they have to design more incentives to attract talents from outside. On the other hand they also look for means to improve the education quality (especially the innovation capabilities) of local schools, hoping to produce talents who might return to hometown after they graduated from universities in other cities/countries.

Not much different with ancient china, education is seen critical by government to maintain social stability. The divide between social classes and regions has been increasingly high. The Gini coefficient in China is reported to be near 0.5 today. Though the basic living condition for the majority has been significantly improved, people in the cities complain about the sky high housing price, high inflation rate, and food safety, and people in rural areas suffer from low income, polluting industries moving from cities, and unequal opportunities. As the result, social disturbances have occurred more frequently in recent years, which is the least expected thing for the government.

To maintain the “social harmony”, there are a few things that must be done in the education space.

For wealthy cities like Linhai, the emphasis would be on 3, 4, and 5.

It was quite helpful to understand government’s priorities and agenda on this, considering the critical role government is playing in China in all sectors. We can think about how technologies could be applied contextually in China to solve some of specific local problems. Below are just two examples.