In the spring of 2012 I became a SAP Mentor. A huge honor and a privilege I cherish. A tradition is that each Mentor introduces themselve to the community during a SAP Mentor webinar.

SAP Mentor Monday webinars might not be as known by the community at large as much as they should be. They are always very interesting and feature both SAP and non-SAP topics which can help SAP professionals thrive.

You can find out about the Mentor monday webinars in the public SAP Mentor Monday Webinar space on SCN: http://scn.sap.com/community/webinars/mentor-mondays

To introduce myself to the community as a SAP Mentor I had made four slides. I know that some community members wanted to know what I had presented so here it comes:

Slide one – part of a quote 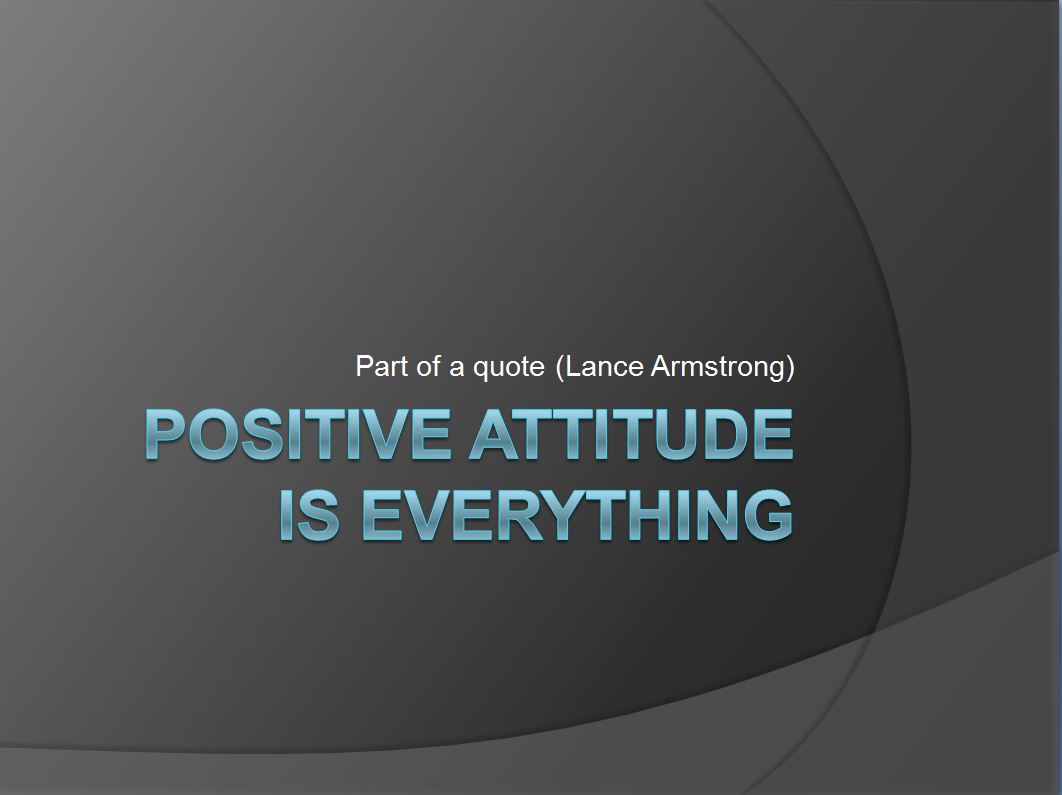 Recently, at SAPPHIRENOW Orlando, Lance Armstrong was asked to speak during the keynote. He has been through a lot and he is still standing strong. Before he went on stage, one of his quote’s was mentioned and part of that quote is “Positive attitude is everything“. Positive attitude isn’t necessarily everything but the important message is: “A positive attitude matters”.

Slide two – one book to read 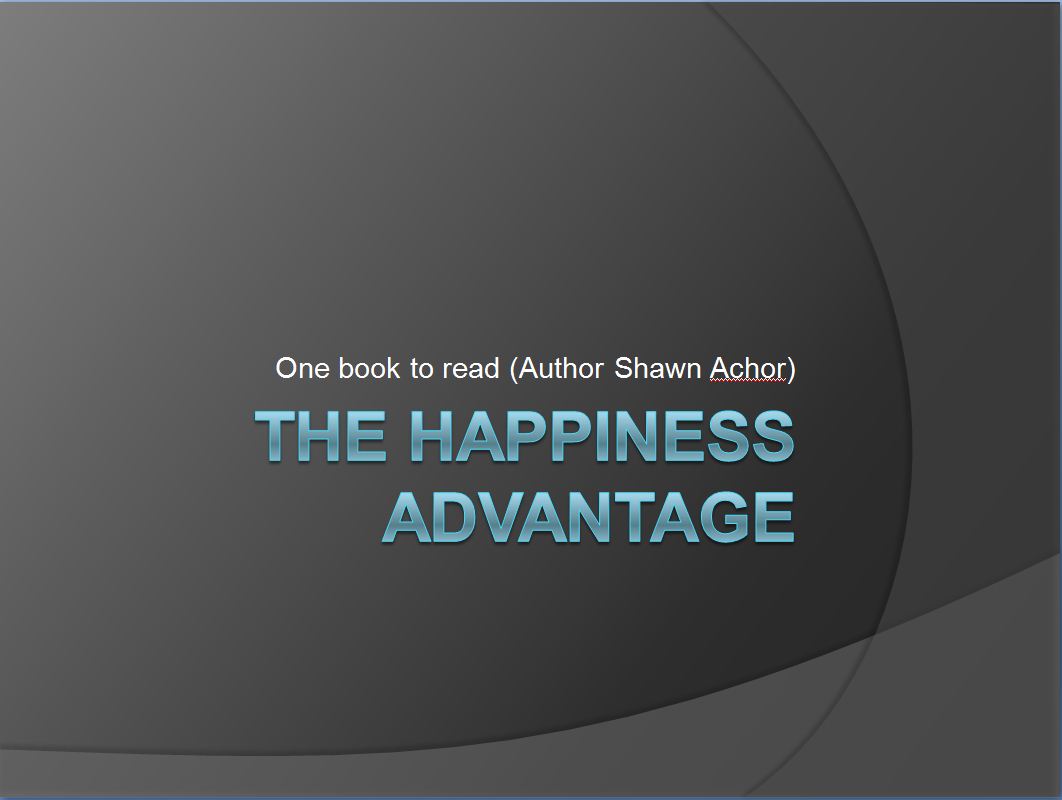 The happiness advantage is a very interesting read on how feeling privileged and happy can help you to be successful. Feeling privileged is very powerful and creates the right atmosphere to why you are where you are and what you are doing. Just recently I went to Palo Alto for the Virtualization&Cloud week.
Instead of taking it for granted I really felt privileged that I could be there.

I enjoyed every moment of my stay in the US and I had a blast. Did I feel happy? You bet! Does it help to be successful? I believe it does. Others can sense that you are happy or that you feel privileged to be present and it’s simply more fun to be around someone who is happy and feels privileged to be there.

It’s easy to take things for granted. Sometimes we need a reminder not to do that.

In a nutshell: This book provides seven principles of positive psychology that fuel success and performance at work. The book is also available as an audiobook for those who have little time. I listen to audiobooks in my car for example since I have to commute to the Belgian capital each day. It’s a good way of getting the most out of commute time.

Slide three – part of a psalm I learned about this psalm through watching the cartoon series of X-men when I was younger. Why are the X-men cartoon series interesting? Not only because of the amazing superpowers of the mutants but also because of the storyline that tells the story of persons who are different. They are different but they are the same in essence. Maybe you are not a fan of the X-men but you should try to look at the deeper meaning of the series and think about all the pointers which are being addressed. This really does matter.

“The core is the same, the enchancements are different”

What many don’t know is that the storyline of the X-men cartoon series actually reflects upon a lot of social issues. Amongst others, it handles Racism, Anti-Semitism, Diversity, Religion and Subculture.

The embracing inclusion & design thinking event at SAP TechED Madrid 2011 will always be rememberable. The event has made an impact on many participants who today are convinced that inclusion matters.

Besides the fact that the psalm is mentioned in the X-men it also has meaning for me personally. A couple of years ago I wouldn’t have blogged, what held me back the most was probably fear. The fear that what an individual can do is only so little, the fear of writing something that no one actually wants to read. While some readers of this blog post will probably think I’m out of my mind or I’m wasting my time, it doesn’t matter. My fear is gone now and I enjoy writing blog posts and I enjoy collaboration with SAP and others for that matter. I feel privileged to be able to do this. The lizard brain has held me back long enough, now it’s time to walk through the valley of the shadow of death without fear. 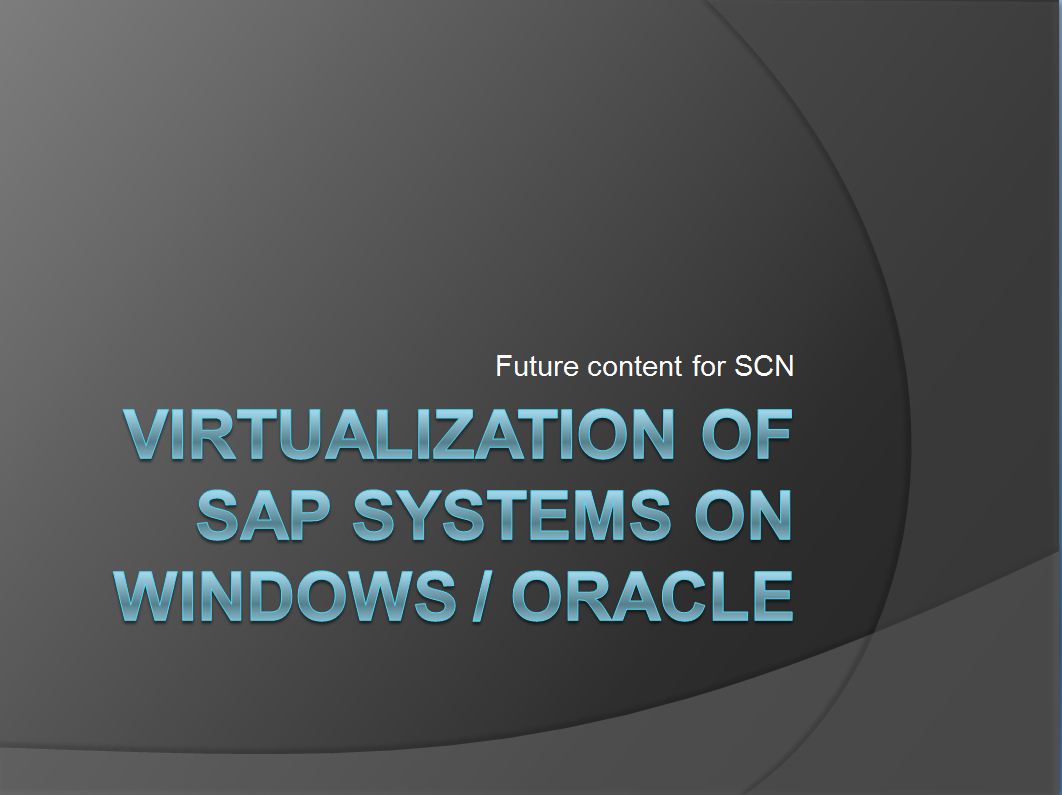 In an upcoming blog post I will discuss the virtualization of SAP systems on a combination of Windows + Oracle (which is not tested by SAP according to the
related SAP notes). I took an existing non virtualized SAP system and virtualized it. Education is an important topic for me. You can expect to see the blog post appearing soon.

What I would like to do more in the future is knowledge creation. This will require collaboration between me and other community members on specific topics. You can see it as the next level of knowledge sharing and with the new SCN platform it has become easier to achieve.

One more item to add, using the combination of everything you described in this blog + what you are planning for the next blog, using those things combined to find one's inner peace.

Great blog and really interesting to learn more about you. I hope to meet up again at one of the events this year.

Thanks! I'll be at SAP TechED Madrid.

Great blog , it is really very interesting.Waiting for the next one..