As I mentioned in a recent blog about the In-memory Computing Conference 2012 (IMCC 2012) event,  I found the presentation from Xiaoqun Clever (Corporate Officer, SAP AG Senior Vice President, TIP Design & New Applications, President of SAP Labs China) entitled “Extreme Applications – neuartige Lösungen mit der SAP In-memory Technologie“ interesting but didn’t go into details. In this blog, I wanted to describe what I found so interesting about the presentation.

The first slide that I found intriguing was the one that describes the various scenarios for HANA. You can visualize the evolution of Hana over time as moving from left to right: Accelerator -> Database -> Platform. The first thing that I noticed is that “Cloud” is not involved at all. Indeed, it is only mentioned in a single slide later in the presentation – it almost doesn’t appear to play a major role in such HANA-related endeavors. 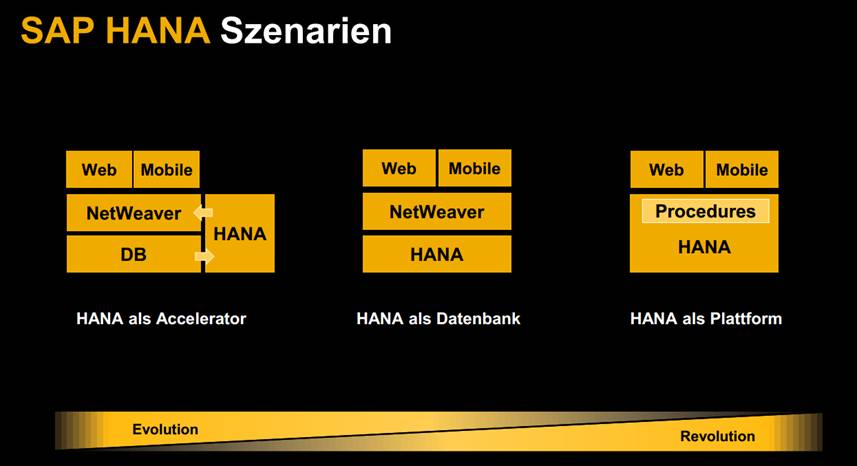 The use case with HANA as a Database and the involvement of NetWeaver components would also cover the current intentions regarding the NetWeaver Cloud offering where HANA will be present as one possible data source. In this area, I will be curious to see what sort of functionality overlap (user management, etc) will exist between the HANA Platform and the NetWeaver Cloud as well as how the two environments will integrate with one another.

A later slide describing the scenario “HANA als Platform” is actually titled “Native HANA Applikationen”. The applications listed on the slide are either OnPremise or OnDemand (usually associated with the HANA AppCloud) applications. I started to consider what the portrayal of these applications as being “native” meant for the relationship between HANA and the Cloud. To be truthful, I’m starting to get the impression that we are slowly seeing a merging of the OnPremise and OnDemand worlds in terms of HANA runtime environments. Native applications might be able to run in both worlds since the underlying platform is fundamentally the same. Thus, other considerations (costs involved, customer presence, etc) might be important in making decisions regarding where such applications are hosted. 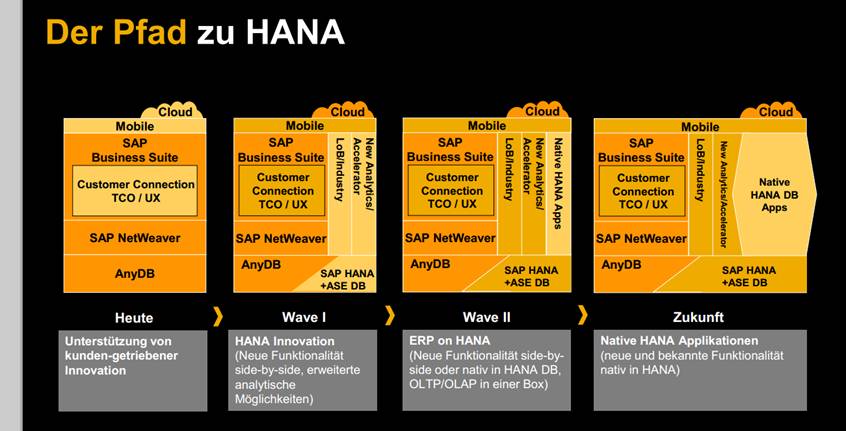 Very good stuff. Can't wait to see how this plays out.