Last week, I was one of the 16,000 attendees dancing the night away at the Van Halen concert that concluded the combined ASUG  and SAP SAPPHIRE 2012 events in Orlando, Florida. While the lifestyle of an SAP professional is quite different than that of a rock star, there are five things that aspiring SAP rock stars can learn from real ones like Eddie Van Halen, Alex Van Halen, and David Lee Roth. 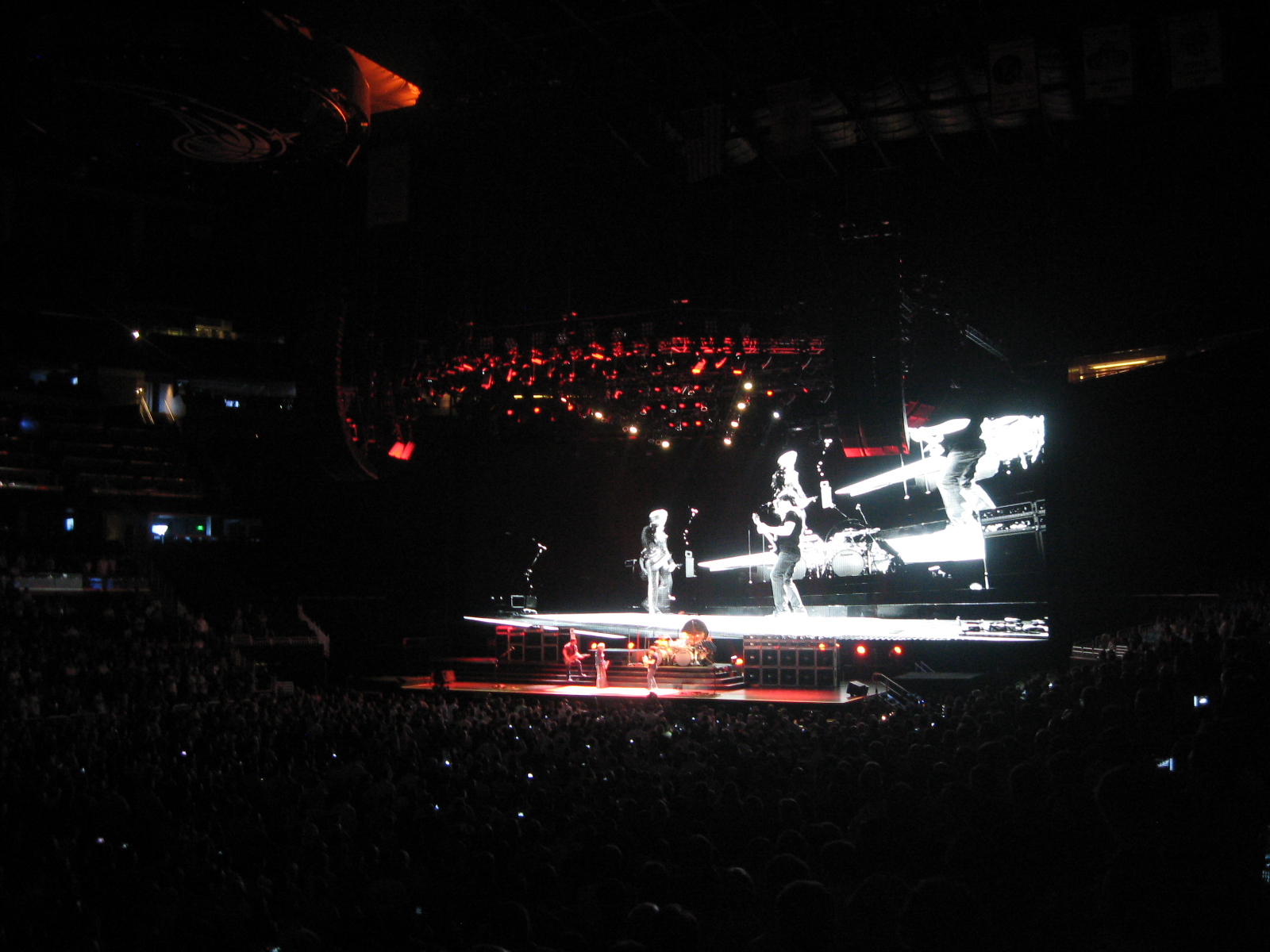 1. Deliver Your Best Performance With a Smile

The first thing we can learn from a real rock star like Eddie Van Halen is to always deliver your best performance with a smile. Prior to the concert, I was highly skeptical that a fifty seven year old artist could perform with the same virtuosity he had shown 30 years earlier. But not only did Eddie create a fantastic guitar performance, he did it with a smile.  He seemed to be fully engaged, catching the magic moment.  An SAP rock star should always maintain a positive and even temperament, even when dealing with loud-mouthed annoying co-workers like David Lee Roth.

2. Keep Your Skills Up to Date

During the concert, vintage album covers and photographs scrolled across the large video screen behind the band. They were a reminder of past rock-and-roll glories and made even this blogger reminisce fondly back to the year 1984. A real rock star can continue to have a successful career reliving past glories, performing 30-year-old hits, and recreating their guitar solos note for note. But sadly, an SAP rock star cannot rely on his or her past technology skills. Instead of dreaming about yesterday, an SAP rock star makes future plans, leaving older products and product names behind with an emotional detachment. SAP professionals that cling to the past and refuse to adapt will look as out of place as a fifty seven year old David Lee Roth in sparkly party pants.  And they’ll sound out of place, too. Thirty years ago, DLR’s on-stage banter shaped his bad boy image and no doubt helped him score backstage with groupies. But today, the same comments reveal a different kind of truth – a creepy, dirty old man that no good father would want around his daughter. Can you see what I mean?

3. Acknowledge Positive Contributions Regardless of Their Source

Sammy Who? Although you couldn’t tell by their omission from the set list, songs from the Sammy Hagar era of Van Halen actually sold more albums and yielded more #1 hits than those from David Lee Roth. But band members and many fans alike consider the original DLR days as “the good stuff”. So although a real rock star can ignore some of their biggest hits to placate the ego of their current lead singer, an SAP rock star always acknowledges positive contributions regardless of their source.

Van Halen’s “no brown M&M’s” requirement in their concert rider is an oft-quoted legend that is actually true (see Snopes or even Wikipedia). Trashed dressing rooms aside, the brown M&M requirement was placed in the concert rider as a simple test of whether the concert venue had read and followed the more important safety requirements of the rider (although SAP Mentor Mico Yuk would argue that David Lee Roth should have paid more attention to the red M&M’s). Detailed project plans and well-written documentation is a must for any SAP rock star. Real rock stars can get away with trashing their dressing rooms. But SAP rock stars never trash their cubicles over unmet project requirements or less than stellar implementations.  SAP supply chain fanatics will also enjoy the article Alice in Supply Chains that I found while researching Van Halen’s M&M tale.

5. Mentor the Next Generation

As somebody who hasn’t closely followed the personnel changes in the band, it was very obvious to me that the bass player was much younger than anyone else on stage.  Indeed, Van Halen’s current bassist is twenty-one year old Wolfgang Van Halen, son of Eddie Van Halen and Valerie Bertinelli (yes, I was checking Wikipedia during the concert). I have no doubt that both father and son take great pride in performing together. Hopefully Wolfgang will improve on his father’s career and avoid the substance abuse pitfall that beset his dad and so many others in the music industry. Both real rock stars and SAP rock stars can (and should) pass along wisdom and skills to the next generation.

What did you think of Van Halen’s SAP SAPPHIRE performance? And what tips do you have for aspiring SAP rock stars?

Good job with this article Dallas as like the angle and great words of wisdom on a number of levels.

Thanks for putting Van Halen and SAP skills together so well.  I was just learning from my teenage son about the reason for the 'no brown M&M's' last night (so, crossing your 5 ideas, I updated my own knowledge from the next generation).  And I bet EVH had a lot of fun mentoring his son - as I hope to do with both of mine, but no guarantees that they become rock stars (actually, I kind of hope they don't).

It was a great concert, and a great conference too.  As for tips for aspiring SAP rock stars?  I think some of the best tips come from right here, on SCN.  But here's mine:  Follow your passion!