While iPhones dominate the post-BlackBerry era of enterprise smartphones, analysts such as IDC expect Android to catch up by next year.

If that comes to pass, I am guessing that Samsung will be both on top in Android, but also challenging Apple overall.

I spoke late last week with Tim Wagner, the Dallas-based vice-president and general manager of enterprise sales for Samsung Mobile. I came away very impressed by Samsung’s pincer movementstrategy in the enterprise, which both tackles the concerns of CIOs around Android – security, fragmentation, usability – as well as wooing the corporate workers that are Bringing Their Own Devices into the office.

Let’s start with the consumer/worker side. Besides being the top smartphone vendor (by shipments) and the only other vendor besides Apple to reap substantial profits, Samsung has been successful with high-end, professional devices. Its Galaxy family of Android smartphones and tablets has been a huge hit, with more than 50 million sold, including 7 million Galaxy Note “phablets” and 28 million of its flagship Galaxy S II smartphone.

(Read more about the 260 enterprises that are doing large-scale deployments of Samsung Galaxy Tab tablets and smartphones.)

Its successor, the Galaxy S III, looks set to top the S II. The newer model already has 10 million pre-orders in advance of its U.S. availability in July. 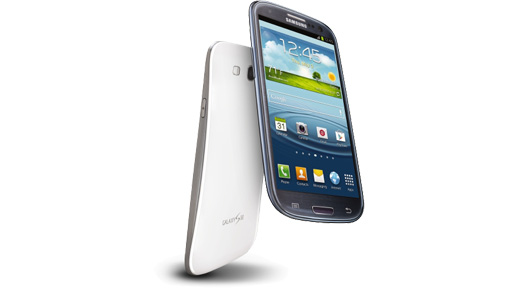 But Samsung isn’t resting on those laurels. Its trade-in program, called SAFE2SWITCH, lets people exchange their current smartphones for an S III at very competitive prices.

The prices are as good or better than the ones offered by popular used electronics sites likeGazelle.com, and includes devices with little or no resale value.

For instance, a good condition 16 GB iPhone 4 with AT&T that fetches $160 from Gazelle will get $165 from Samsung.

Even the discontinued Dell Streak tablet on AT&T, Samsung will buy for $55 (Gazelle won’t buy).

You can scan the QR code below and get an immediate quote for your smartphone: 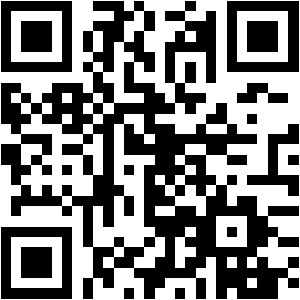 This trade-in program applies to both consumers and enterprises with thousands of devices.

A trade-in program is only good if it’s convenient for users. Samsung has that covered. The Galaxy S III will be available on five U.S. carriers – AT&T, Sprint, T-Mobile, Verizon Wireless and US Cellular – whocollectively have 95% of the market (see slide 14).

Samsung also seems to have learned that pricing as aggressively as Apple and betting on volume is key. The 16 GB model that costs $199 will match the iPhone 4S, while the $249 32 GB model beats its iPhone counterpart.

All of these moves are smart because BYOD and CoIT means that enterprises are lifting device restrictions and giving workers choice over their mobile gear.

The other part of Samsung’s strategy is to woo CIOs. To start with, the S III features a major upgrade in Samsung’s SAFE (Samsung Approved For the Enterprise) program.

Launched last year, SAFE is Samsung’s attempt to create an enterprise-class offshoot of Android that addresses the very legitimate fears that IT has about Android today.

This is less about directly hardening Android, though there is some of that, such as AES-256 bit encryption. But it’s more about giving IT administrators using Mobile Device Management (MDM) software the ability to mange and secure the devices themselves.

Using MDM software from one of five vendors – MobileIron, Juniper, SOTI, AirWatch and SAP (Afaria) – IT administrators already could control the Galaxy S II using 95 policies. That’s far more policies and features than are available on other Android devices.

With the S III, IT administrators now have access to 338 IT policies, said Wagner, or nearly four times the Galaxy S II.

Another new feature of SAFE: Samsung is now testing all third-party software as working properly and bug-free at the launch of major Samsung Android upgrades such as the version of ICS running on the Galaxy S III.

Before, Samsung would only require partners like VPN providers Cisco and Citrix test the software themselves. That didn’t reassure the CIOs that Samsung heard from, Wagner said.

Finally, the 338 policies and Samsung certification will be available on older Galaxy devices like the S II that are upgraded to Samsung’s newest version of of Android.

As impressive as SAFE is, it’s not perfect.

Samsung has been criticized for the slowness of its Android updates to make their way down to older devices. It’s unclear whether that’s improving or not.

Wagner also admits that Samsung won’t be testing third-party apps every time they release an update – something CIOs won’t be overjoyed to hear.

Still, apart from the incumbent RIM, Samsung has made the strongest reply to What a CIO Wants.

Also, if IDC is right that Android smartphones in the enterprise are set to explode, than Samsung’s moves are well-timed. SAFE’s technical merits combined with the sexiness of the Galaxy line could help it become the de facto standard for Android in business, and the only credible rival to the iPhone.

Samsung already has 44 large-scale enterprise pre-orders for the S III in the U.S., according to Wagner.

“The only real way to bring Android to the enterprise is to bring the entire platform to a high level of IT compliance,” he said. In this regard, “we have a 6-12 month headstart over other Android OEMs.”