2 HANA Questions That Can Only Be Answered Here ;) 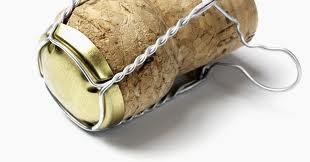 The much anticipated 1st birthday celebration for SAP HANA is here and what she’s been able to achieve in such a short time is truly remarkable.  We know that HANA has 350+ customers with over 140 go-lives.  We’ve also heard the latest news that HANA clearly enhances BW and will not replace it, and finally – that ERP will run on HANA by year’s end.  This is all great information, but clearly there are two questions that are a bit more pressing…

Which famous people share HANA’s birthday (which we choose to celebrate on June 18th), and what major events happened that day?  A quick Google search shows over 200 people; as I sift through this data (much slower than HANA of course), I come to find many Prince’s & Princesses, Writers, Painters & Musicians, along with Athletes, Actors & Admirals (including the original voice of Superman and the original Tarzan).  One thing’s for sure, there’s no shortage of influence and clearly HANA falls within the appropriate group – so without further ado, here is my top 5 list of famous birthdays (and since this article is shockingly only meant for entertainment, this list will stay within the entertainment world):

2011 – SAP HANA introduces a new paradigm of real real-time computing.  Dr. Vishal Sikkha states, “General availability is a major milestone for SAP HANA, but this is just the beginning and I look forward to the next milestones with SAP HANA, building breakthrough new applications and building out the SAP HANA application cloud to deliver them.”

Clearly, an abundance of historic events have occurred on this memorable day and SAP HANA has only added to the resume by inking herself into the history books, and to Vishal’s point, the future is now!  So join me in saying, “Happy Birthday HANA, your best years are still ahead of you!”

I would have to disagree with HANA beating Lou Brock as a STL Cardinals Fan.  Lou is a hall of famer with two series rings and 3000+ career hits.  I think perhaps if HANA can create a Hall of Fame career and winning some rings then there might be a case.

I'm not sure either that HANA will ever get the opening day baseball royalty response that Lou gets in St. Louis.  Sorry HANA but you need to earn the long-term respect of Cardinal Nation before you can take a seat with the hall of famers.

Thanks for your comments, but as a suffering Phillies fan, I'm sticking to it - HANA over any Cardinals player - especially Ryan Theriot, David Freese, Albert Pujols, and Chris Carpenter.

Trust me we are watching a train wreck this season in St. Louis.  As for your names Theriot and Pujols are gone, Freese is slumping and Carpenter is still on the DL.  You must admit though watching Carp vs Halladay in game 5 last year even though the outcome was not in your favor was a dream matchup.

Even the cards won that series, I couldn't help but be concerned about Ryan Howard at the end of the game.  We are all big fans of Ryan Howard back in St. Louis(except when he is playing the cards) and hated to see him get hurt.

As for other legendary Cardinals vs HANA, I'm not sure that HANA could handle the heat of Gibby or definitely HANA needs a longer timeframe to measure up to Stan.  Overtime HANA definitely could become another HOF in Philly like Mike Schmidt.