Thinking of a Prepaid iPhone? Here’s a Moneysaving Trick For You Enterprise Workers

But if you work for a medium to large-sized company that is embracing mobile, than there may be a way for you to save hundreds of dollars a year on your phone bill.

I know because I am. Or to be precise, my wife is.

My wife was anxious to upgrade from her Verizon LG Env3. It’s a decent-looking, texting-capable WinMophone that kinda sucks in the app department. Really, Verizon, $3.99 a month for Tetris?!??

At least she was getting a good deal on her plan – $40/month (she was on the low-minutes senior plan). But to upgrade to iPhone would’ve more than doubled her bill. And while my bill is kindly picked up by my employer as part of a BYOD program, hers wouldn’t be.

(By the way, it’s not just Starship Enterprises, but Corporate Enterprises, that need To Boldly Go Beyond BYOD.)

Paying an extra $500 a year so she could play Scramble with Friends with her mom pals didn’t sit right with us (ok, mainly me. Sorry Tina!).

Many corporate plans with carriers let employees purchase new phones at 2-year contract prices after just one year. In my case, I bought a 32 GB iPhone 4S for $299, and handed my iPhone 4 to my wife.

Until two months ago, my wife would’ve had two options with that iPhone 4: 1) Sign up with AT&T for $80/month; 2) Download software on the Internet to unlock and jailbreak the phone in order to bring it to a prepaid, AT&T-compatible carrier. 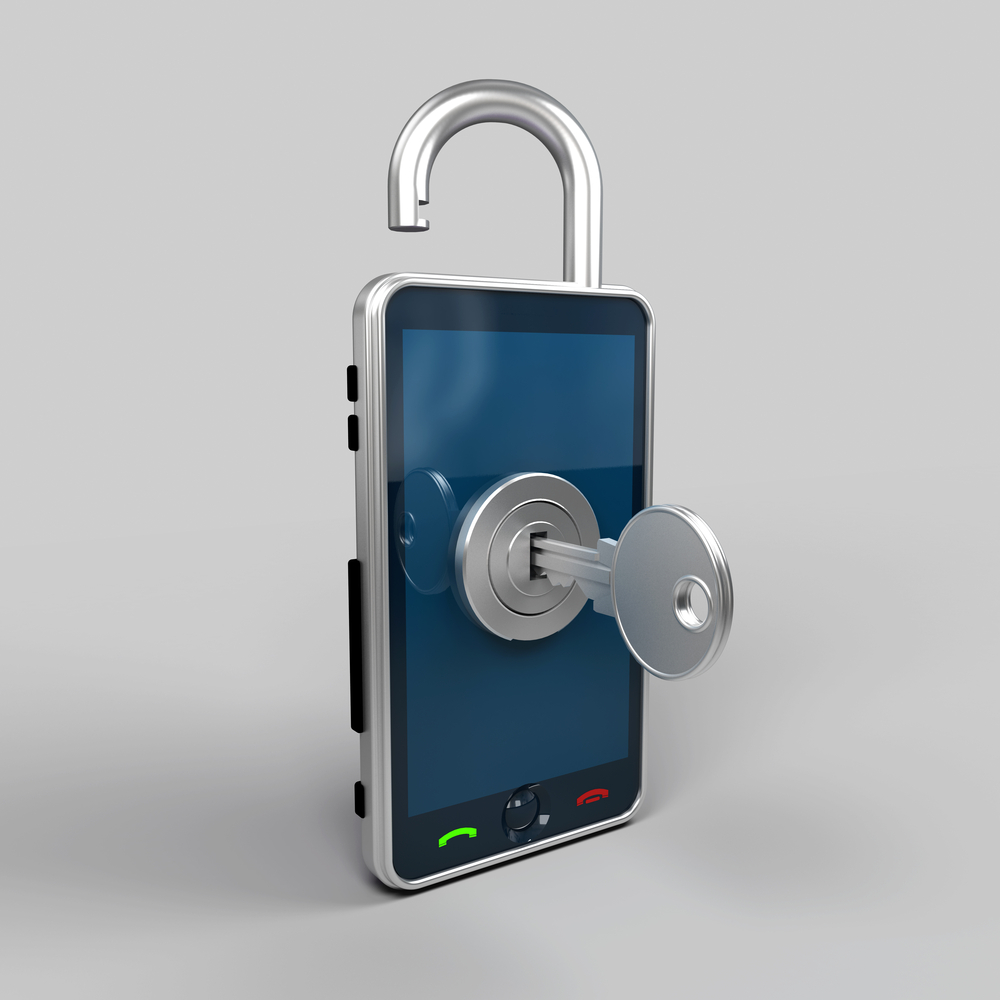 Now, unlocking and/or jailbreaking phones has been legal in the United States for several years. But few retail stores, especially those closely tied to the Big Three carriers, would do it for you.

But then two months ago AT&T changed its policy. It began openly unlocking old, off-contract iPhones so you can take them to any carrier you want (note: AT&T will only unlock the older phone, not your newer phone).

I don’t know if this was a favor by AT&T, which got first dibs to the iPhone, to help Apple make inroads against Android among mainstream consumers.

All I know is that suddenly you didn’t have to fiddle with scary-sounding software or go to eBay and pay $440 to get a jailbroken iPhone that you could take to cheaper, prepaid carriers.

The next part – choosing a prepaid carrier – took some research.

The prepaid carriers that I kept hearing about supporting unlocked iPhones were all new to me: Jolt, Red Pocket, Simple Mobile, H2O.

Besides sounding the least like an energy drink, I chose Straight Talk for four reasons: 1) its straight-shooting plan ($45/month for unlimited voice, text and data); 2) its promised speed (3G using AT&T’s network, and no throttling for heavy data users); 3) endorsements from users in various phone forums; 4) its’ partnership with Wal-Mart.

I followed the easy instructions here and soon my wife was up and running on Straight Talk.

How has the experience been?

Initially, there were some problems. I had already upgraded to iOS 5.1 by the time I gave my iPhone to my wife. The problem? No jailbreak for iOS 5.1. Without it, my wife couldn’t send MMSes, or picture texts, via Straight Talk (though with other iPhone users, she was able to send picture texts via Apple’s own iMessage network). My wife was also unable to send and receive group text messages, which resulted in some ribbing from her mom friends trying to arrange meet-ups.

Fortunately, a jailbreak for iOS 5.1 arrived in late May. After installing it, my wife now has full service.

Voice quality and data speed has been generally good, with moments of spotty connectivity. It’s unclear if Straight Talk is worse than AT&T or not.

On the other hand, we’re only paying $540 a year for her unlimited plan. How does that compare with other carriers over two years? Check it out:

Straight Talk also beats two other recently-launched, better-publicized prepaid services, both of which require you to buy their iPhones from them at unsubsidized prices.

To be fair, I should probably add $100 to the cost of Straight Talk. I had to buy a new iPhone to have one to pass along to my wife, after all.

Virgin may be the way to go if you want to get the latest-gen iPhone 4S or don’t worry about hitting its 2.5 GB limit. I personally wouldn’t – in the last two months, I only used 850 MB of cellular data. That’s effectively just one-sixth of Virgin’s limit.

Both services are also potential options if you work for a company with a liberal BYOD plan that grants you a monthly stipend to cover service charges at a carrier of your own choosing.

Bottom line: both Straight Talk and Virgin Mobile stand out as groundbreakingly inexpensive options for iPhone users. And while we’ll have to wait until after Virgin starts offering iPhones at the end of this month to learn about its service quality, I can testify that Straight Talk offers a highly-competent service at a great price.

Good blog. Even though I'm not looking to switch carriers, enjoyed reading it and it's always good to know the options.

I had a very bad experience with Virgin Mobile myself, unfortunately. Reception was never stellar (my husband's AT&T always got better coverage). When we moved to a new apartment, there was some equipment nearby (I think someone must have had a Sprint booster) that blocked all my calls. I called VM customer service, but they did not help at all. Had to drop them after that.

Interesting, valuable feedback. I naively thought the QoS for the virtual carriers like Virgin or Straight Talk would match the big guys like AT&T or Verizon, but now I'm not so sure. Straight Talk has been acting up on my wife the last few days...

Interestingly, when I called VM about my problem, the first thing CS said was: "Well, you're on pay-as-you-go, soooo...". I guess it's possible even within the same carrier some customers are "more equal".