In release SAP NetWeaver BPM Process 720 and SP05 or lower (in 730 SP00 too) when you change a translation without modifying the associated original text, it causes the changes to get ignored on deployment. As a workaround approach please do the following:

1. We have an example task called ‘Test Human Activity’, for which a corresponding ‘test human activity.task.xlf’ file, containing the original texts is generated. 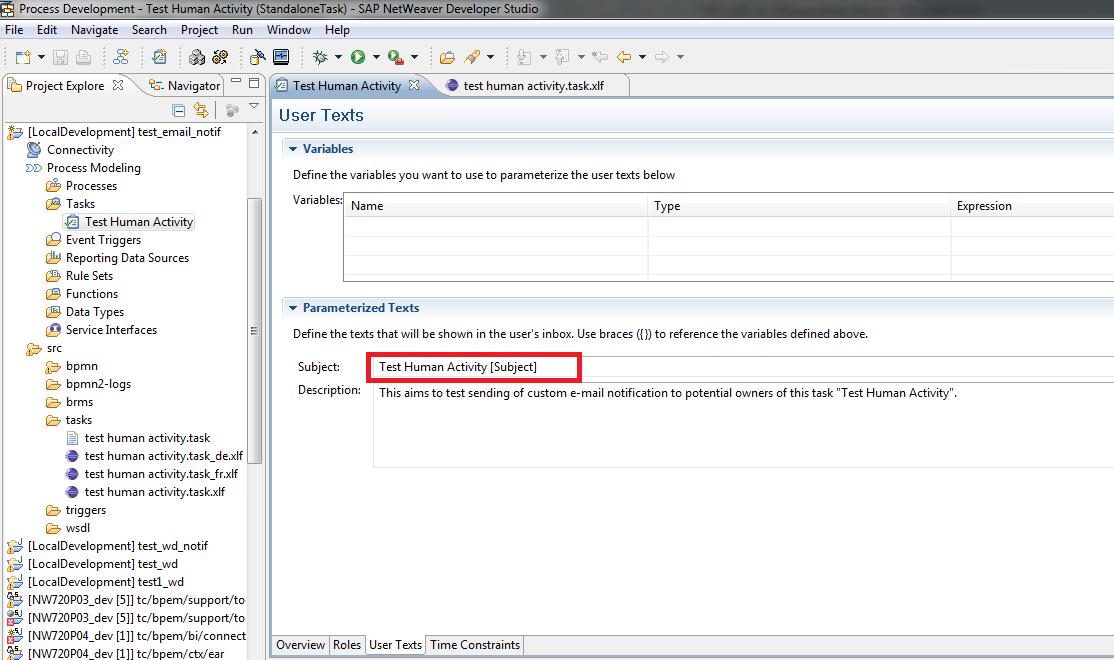 2. We have also added a german version of the XLF file, which contains the German translations for the texts – ‘test human activity.task_de.xlf’.

3. So if I want to change the translation of the Subject I do it on this way:

4. But this change will be ignored at runtime.  That the change is not taken into account as the ’Resource name’ identifier of the corresponding text was not re-generated. In the picture bellow we can see that the Resource name remains after the change:

5. To re-generated it, we make the changes via the task editor and save them: 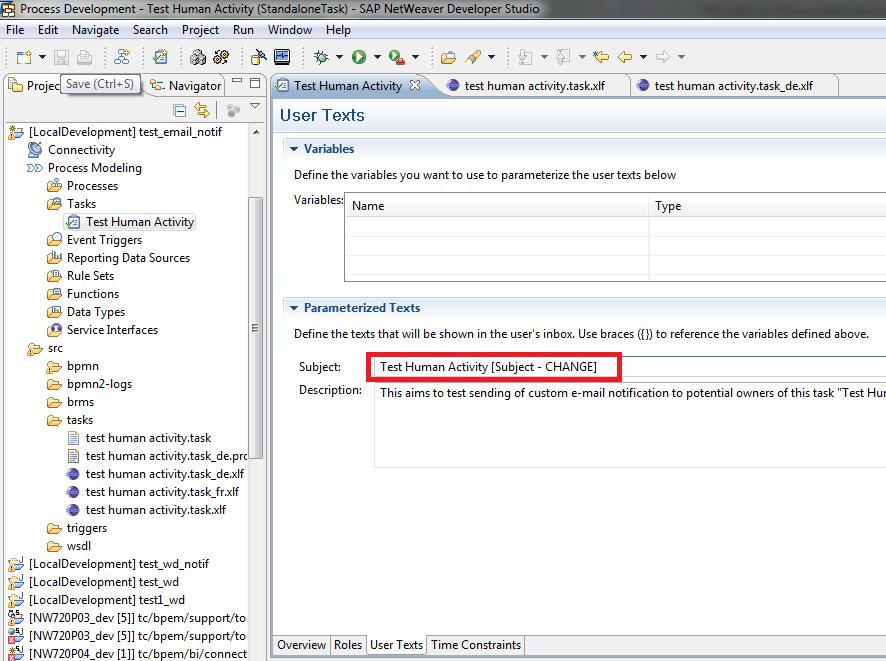 6. At this point, if you open again the original XLF file ‘test human activity.task.xlf’ you will see that a new Resource name identifier is generated for the corresponding text: 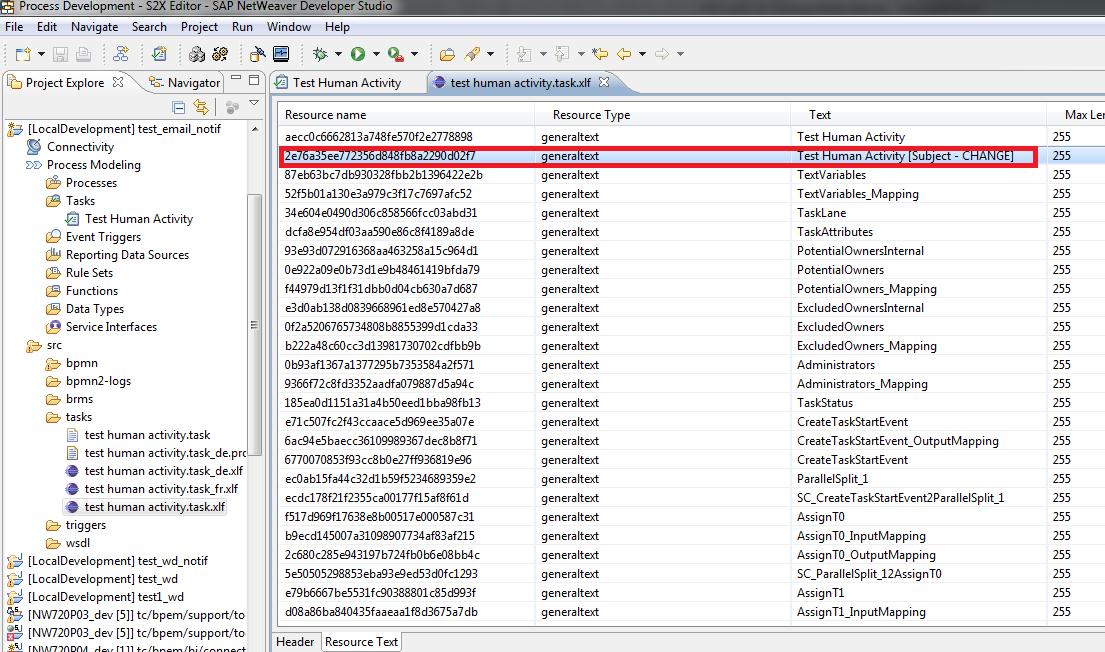 7. Open the ‘test human activity.task.xlf’ with a text editor and copy the corresponding line:

8. Then replace it in the translation XLF file ‘test human activity.task_de.xlf’:

9. Finally save and rebuild the BPM development component; deploy the new version of the BPM process and start a new instance. So we have achieved to apply the translation at runtime.

As this approach is not flexible and comfortable at all, with the upper BPM versions – 7.20 SP6 and higher releases, a change in the implementation is done, which is described in SAP Note 1458174.