So the LinkedIn Hack is about a day old now, and we still don’t know the full extent of what happened. Meanwhile, eHarmony has been hacked as well, with 1.5 million passwords stolen. 2011 was even worse, so there are definitely people out there that are after your passwords.

In todays internet world, passwords are the keys to resources that hold data that people use. Sometimes it’s trivial data like your Instagram pictures, sometimes it’s commercial data like online banking or your ERP system access.

In any case, it’s something you’d like to make sure can only be used by yourself.

LinkedIn has probably already started alerting their users to change their password, or may lock users and force them to reset the password so that the data from the breach cannot be used there. But there is a bigger danger: studies show that passwords are often re-used for other sites, so attackers will run scripts that test the passwords on other popular sites like amazon.com.

What can you do?

Troy Hunt has a massive series of blogs that deal with passwords, I’d like to quote his three most important rules:

When your password doesn’t follow these three basic practices it becomes vulnerable to “brute force” or in other words, a hacker who has hold of a password database has a much greater chance of exposing even cryptographically stored passwords.”

The “uniqueness” point is probably the most important one here. I learned that lesson the hard way after the Gawker Breach in 2010 where I spent quite a few days resetting passwords everywhere. I had a ‘standard password’ that I used for many trivial web sites, like blogs where you need to register in order to be able to comment.

Even though all this talk is about petty web applications, the exact same issues apply to your SAP installation. When you start to think about moving to the cloud, opening your systems for mobile access or having an external facing portal, password security needs to be tight.

Here are the Profile parameters for ABAP systems as well as the UME properties for password rules in Java systems.

Ideally these parameters adhere to a company wide security policy (i.e. they’re identical for all systems in your company, wherever possible) and they extend to all devices with access to company IT systems.

There are (at least) three other building blocks that also need to accompany the password complexity rules:

But isn’t there an alternative to passwords?

Well… at least you can make it easier on your users. Single Sign-On (SSO) is a method that allows you to login once and get access to many systems.

Of course this also makes the security of the one central password so much more important! You may also add a second factor authentication (maybe a hardware token) to enhance security.

I’m afraid so. There are ongoing research efforts, but it seems we’ll be stuck with passwords for quite some time.

Having said that – why don’t you stop reading and go change those sites where you still use your favourite password? 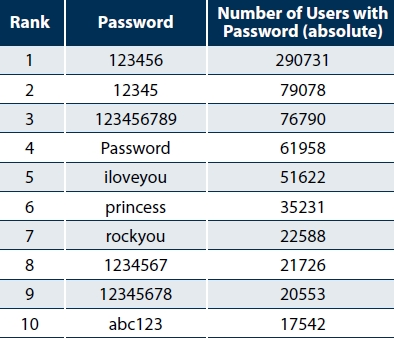