Restoring the quality of our SCN Blog Stream

It’s been almost three months since the launch of the new SCN, and whilst I’ve really appreciated the ease of blogging and other new features on this new modern platform, I’ve been dismayed about the intrusion of direct questions into the ‘blog’ stream that in truth belong in the ‘discussions’ stream. The SCN blog stream has been one of the most valuable sources of learning for me in recent years.  I’ve followed this stream because of the quality content, learning and breaking news that the community contributes here.  Like many others I ‘watch’ the SCN blog stream religiously via my twitter account.  But in recent months I’ve been disheartened that the blog stream, almost three months after the SCN upgrade, continues to be filled with posts like these … 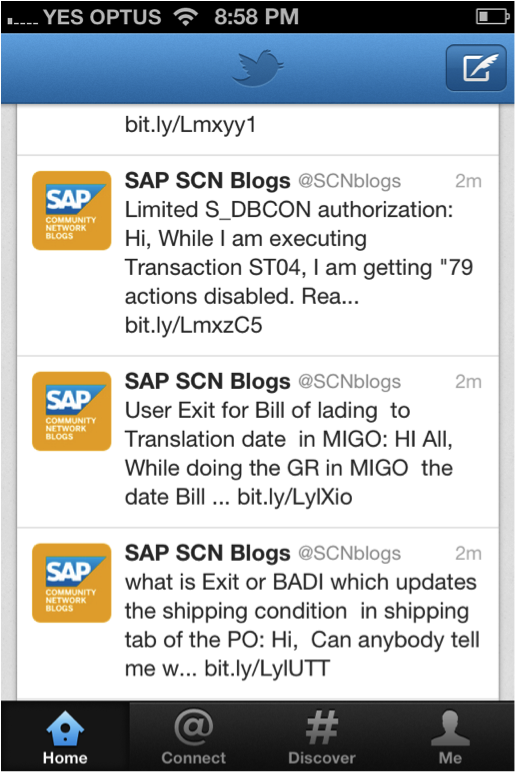 Nonetheless, I still see far too many ‘discussion questions’ appearing in the blog stream.  To convince myself that I wasn’t imagining it, I decided to download the summaries of the last 200 blogs up to 31 May 2012 and analyse the data. Here is what I did…

One of the indicators of a question is actually the first words in the body of the post.  Here is an analysis of the 63 questions I detected and what the first words were … 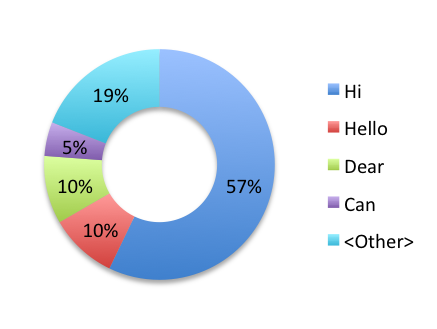 I’ve always had the utmost respect for our moderators who devote so much time and effort to the community.  In the old SCN, blogs were moderated before being released to the community.  With the new SCN this is no longer the case.  That said, our moderators are not gone, they are however (clearly) cleaning up after the mess has been created.  But I am beginning to think that perhaps proactive moderation may not be the best solution to this.  Likewise, I am thinking that the strategy to ‘train the users’ via explanatory blog posts, or telling the individuals creating the questions that they did so incorrectly, is not working to scale.  I believe that with a community of over 2 million, there are many community members out there who are yet to create their first question on the new SCN, so I believe without some alternative measures this problem will persist for a long while.  Instead I believe we should tackle the root cause in users misinterpreting what option to choose when asking a question on the new SCN, by simply ‘tweaking’ the user interface.

Looking at this, here are some possible ways I believe we could reduce the error rates in questions being posted to the blog stream …

Alternatively, Tom Van Doorslaer makes a more obvious suggestion via twitter … “Would a huge button ‘Ask a Question’ help in solving the problem?”

Or even better, before taking any action, perhaps we should simply ask those people who have placed questions into the blog stream WHY they did that in the first place?  That way, we can find out specifically what caused them to choose the ‘Blog Post’ option rather than the ‘Discussion’ option.  Yes that might take some effort, but it also takes effort for our moderators to constantly clean-up our current blog stream.

I’ve now posted a link to this blog as a suggestion into the Idea Place. If you feel as strongly as I do that we should restore our SCN blog feed to it’s former glory, please vote for it in Idea Place here.