Somewhere between co-location and virtual teams: Where we Work and why it matters

Work used to be a place we would go to every day, in addition to being something we did once we got there. Teams used to be bound to the same physical location because this was the only way for team members to access systems, documentation, company data, means of communication and, most importantly, each-other. 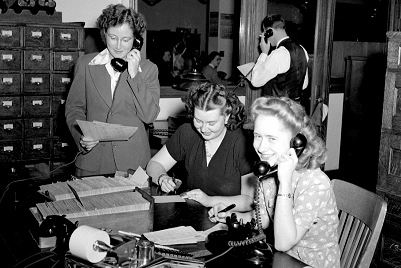 The same technologies that gave us the freedom to choose when we work also freed us from having to be in the same place as the people we work with. Personal computers, broadband Internet and mobile devices made distance collaboration possible, cheap and reasonably convenient. At the opposite end from co-located teams we saw the rise of virtual teams: people who collaborate on an every day basis across continents and time zones, know each-other intimately, achieve results as a team but never meet physically.

So what will the geography of work look like in the future? Will virtual team become the norm and co-location only happen by accident? Does a virtual team add value in addition to being a normal team, only spread out geographically? Is there something special about face-to-face collaboration that cannot be replicated online? Will remote collaboration technology eventually be so good that the physical and the virtual become indistinguishable? Let’s have a look at the different facets of the question.

Remote collaboration tools are not just great for working from home, answering emails at the airport or living in Idaho while working for your LA company because you can no longer bear the rush-hour traffic. Virtual teams also explore new ways of working, such as tapping into expert knowledge not available locally or commoditized skills available at a cheaper rate elsewhere, or working around the clock as a team spread across timezones.

Virtual teams have their problems too. And not just problems that any team may have, amplified by distance and less-than-ideal communication channels, but also problems specific to virtual teams. Almost by definition, virtual teams are “out of sight, out of mind”, i.e. less visible than non-virtual ones, and their achievements may not be recognized by the rest of the organization as much as they should. A study performed at a food distribution company also presents the standard life cycle of virtual teams: after a team formation phase of unbridled optimism, the team suffers a shock when faced with the reality of working in a virtual team. Then follows a phase of re-focusing and re-alignment which eventually delivers in “emergency mode”.

Something makes me want to say that there is something special about co-location. Very creative work, such as Design Thinking workshops for example, needs participants to be in the same room at the same time for the magic to happen. Agile software development methodologies such as SCRUM insist on co-location of the development team. Companies such as Apple, Amazon or Facebook and exhibit a pattern of concentrating engineering and product design on one large campus rather than spreading teams across the globe.

The same thinking governs co-working spaces: it is not just about freelancers renting a desk and internet access, it is about a loose community of people sharing a space but also informal knowledge, networks, energy and enthusiasm. Or, in the words of the co-working manifesto: We have the talent. We just need to work together. Different environments need to overlap, to connect and to interact in order to transform our culture.

So how can we invent a future work environment where we get the best of co-location and virtual teams? Will telepresence robots grow out of being niche market curiosities? Is the future better telepresence meetings? Will more creative work remain mostly co-located while commoditized tasks are increasingly virtualized? Will the work of the future happen in environments made indistinguishable from reality through a combination of technology and biological augmentation, as in Matrix or Neuromancer? Sometimes I wish I could take the blue pill before entering yet another teleconference call.