·          Use of FIM as mapping and transmission tool to get data from the SAP GL special ledgers, via BW, to BFC

This paper deals with the Testing Approach and different components of SAP Business Objects Financial Information Management, a web based ETL tool used in the Project, in which data from SAP BW is extracted by FIM, transformed in FIM and loaded to SAP BFC for consolidation.

This document also covers Advantages of FIM over other ETL tools and components that can be tested in FIM.

Client is a British financial Institution which is organized into four business divisions: Retail Banking, Wholesale, Insurance, Wealth and International. Client’s extensive operations span the globe including the US, Europe, Middle East and Asia.

Client was looking to Integrate single-sourced solution to replace high number of legacy systems that provide consolidated and group reporting capabilities. This was required for easy Management and Statutory reconciliation which was earlier very time consuming task.

FIM is being used as one of the mapping and transmission tools to get data from the SAP GL special ledgers, via BW, to BFC.

FIM has the following 3-tier Architecture: 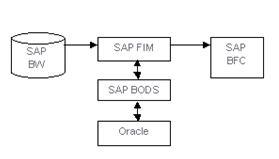 Advantages of FIM as an ETL Tool:

Following Architecture diagram provides the overview of data flow within different systems of the Project: 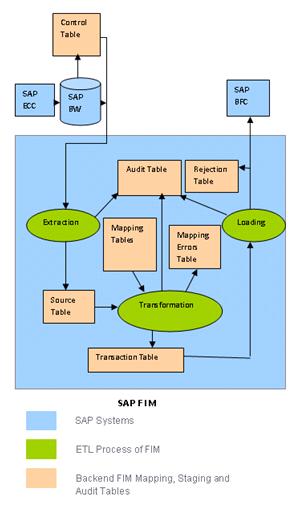 Following are the Components that can be tested in FIM:

Ø Availability of Oracle Tables for FIM

Ø Reconciliation of Data between BW and FIM

Ø Reconciliation of Data between FIM Source and Transaction Tables

Ø Reconciliation of Data between FIM and BFC 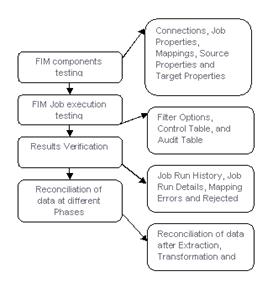 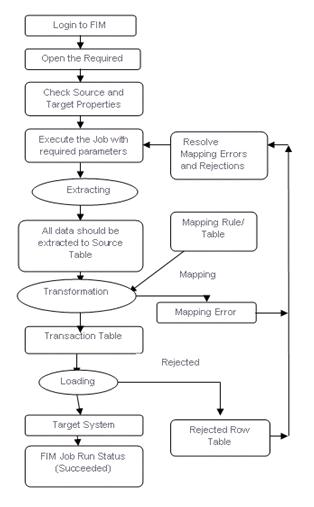 Customized Reconciliation processes as a value add to the Customer:

Following are the 3 phases:

For example- BW-FIM Reconciliation was done to ensure that data moved to FIM is correct and is as per the Filter options selected while executing the FIM Job. 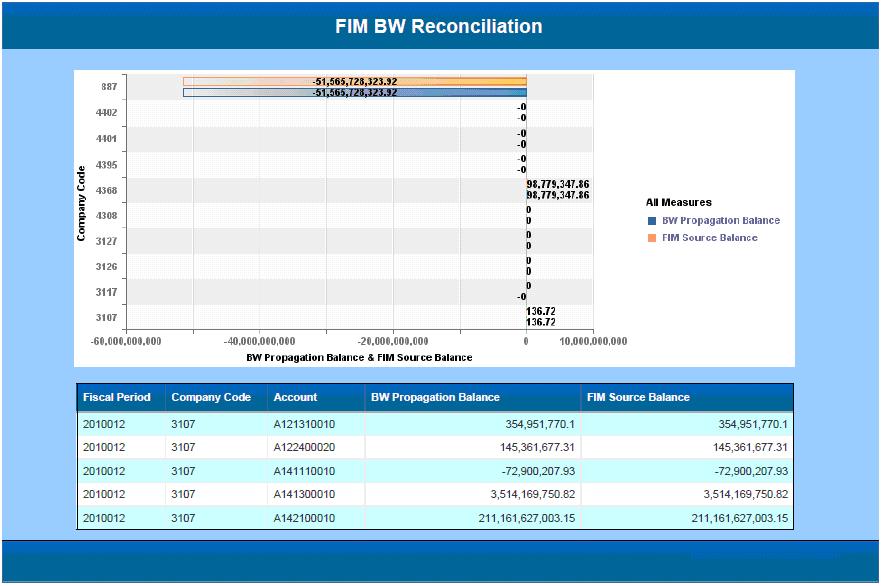 A great document for FIM and it advantages.