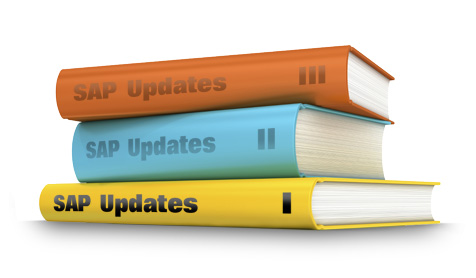 Visualization Solutions by Nakisa (VSN) was “born” in November 2007 when Nakisa’s products became a solution extension of SAP. Since that initial 1.0 release, the product has evolved, most recently with the release of 4.0 SP1 in April 2013. You can read about the product’s history in Ibrahim Nagy’s blog “History of SAP Talent and Org Visualization by Nakisa Solution Extensions“.  Even prior to November 2007, Nakisa’s products were SAP certified solutions when they existed as Nakisa OrgManagement Series (NOMS).

You can ascertain your current VSN configuration product version by using this wiki article.

So why are they bothering?

Here are my observations on why customers are upgrading their VSN implementations.

One very positive point is that there is no licence implication for upgrading your installation if you are replacing like for like (e.g. upgrading OrgChart from version 1.1 to 4.0).  However, do contact your SAP Account Manager if you are considering expanding your use of VSN (e.g. upgrading from OrgChart 1.1 to 4.0 and implementing TeamManager).

Talent Management take up has of course driven demand for STVN, but it has also created additional demand for SAP Org Visualization by Nakisa (SOVN).  This is because of the need to have (and keep) organisational data accurate.  Without good organisational management data there can be negative impacts on security and processes.

I believe the release of the 4.0 versions of SOVN and STVN marked a significant milestone for the maturity of the products for the following reasons:

Another driver I have seen is a customer’s drive to update their system landscape.  This can be server side, such as the move from the .NET version of the applications (pre 2.1 NW versions) or just to a certain level of OS support to align with other applications the IT department supports. It can also be client side, such as browser support; for example, from version 3.0, Internet Explorer 6.0 (IE6) support was dropped, but IE8 support was added. From 4.0 support for IE9 and FireFox 10.x was added.

Often the reason to upgrade is to resolve an identified issue, normally following advice received via the SAP Support Portal.  Often the recommendation will be to apply a later build (same product and service pack version).  These builds are often downloaded via a SAPMats link provided by SAP.  This is the easiest type of “upgrade” to do.  Bug fixes are also included in every service pack but the process for upgrading to take advantage of them can be a little more involved.

More on “how” to do both types of updates in my final part of this blog series.

Far and away the biggest driver for change will be where the business has a requirement that is not currently met by the existing version but is available in a future version.

The tables above are a simplification of the overall product development and I recommend you research further if you want more detailed information on a particular version or feature.

For 3.0 service packs, then I recommend reading the following blog posts (and comments) by Luke Marson:

Similarly, for 4.0 I recommend reading the Luke Marson’s blog What’s new in Visualization Solutions by Nakisa 4.0.

In my experience, the four biggest drivers for upgrading are:

If you meant “Can I upgrade to the latest version?”, then the answer is “Yes”.

If you really meant “Can I automatically upgrade to the latest version?”, then the answer is “No” … if only it was that simple!

In the second part of my blog series I look at how to prepare for upgrading, before concluding in part three with how to go about the upgrade.

This is an excellent blog and an inspired series. I'm looking forward to part 2 and 3 already!

I have same comment as Luke great blog, and really helped many of upgrade questions, which I had to suggest my client.

Thank Sri vk and Luke for taking the time to read and comment.

The cost to implement (professional services) and lack of additional functionality are the reason we haven't moved from v1.1... the tool is lightly if never used.

I don't know what kind of experience you had implementing v1.1 (not smooth by the sounds of it!) but the product has improved greatly in 3.0 (so less customer specific work required in general) and a skilled consultant is typically only spending a handful of days configuring an application now (I normally have the out of the box applications running in a few hours).

I understand your point about "not upgrading" as I think a high % of the benefit of using OrgChart is achieved with any of the release versions.  The core functionality is to provide an electronic org structure available to all ... and that is what it does!

You raise another good point ... how much use is the application getting?

My experience tells me that this depends heavily on how and where the application is deployed, as well as the users it targets.  SAP TVN applications mostly target managers and talent management specialists doing specific succession activities, so get used extensively during those processes.  Most of SAP OVN applications get more use by HR professionals and so the user base is low, but hopefully they are benefiting in a large way.  OrgChart is the most commonly deployed application and when it is deployed to all employees via the portal then it can provide a useful and common reference point for all.  Often the driver for using SOVN is a transformation (either business re-organisation or to re-design OM).  One of my colleagues wrote a blog about SOVN OrgChart benefits which you can find here.

However, as with all technology I sense the real "win" comes when it is embedded into a process to make that work better.  A good example of this is the embedded OrgChart in MSS.

You might want to check out my blog from last year on Realizing the benefits of VSN and a SAP Insider podcast I did on OrgChart functionality which covers some business cases. Along with the blog mentioned in Stephen's post, there should be ample material to find a good business case to upgrade.

For upgrading to 4.0, also take a look at Nakisa's own "Why upgrade?" info sheet:

For SOVN, see table on page 3.

For STVN, see table on page 5.