The Chinese car market is booming. More than 11 million cars were sold in 2010 and growth for the next several years is forecast at between 10% and 15% per year. Due to rising income levels, 80% of customers are first-time buyers. The car as a status symbol is replacing major appliances (refridgerators, television sets) that were bought in the 90s and over the last decade to signal a family’s rising standard of living. A car needs to be big, luxurious and have a brand name that is well-known. Therefore many Chinese customers are looking for foreign brands when shopping their first car. Chinese brands still only make up about a third of cars sold in China today.

As more and more new cars are pouring onto China’s streets, large cities are experiencing the effects of almost continuous traffic congestion. During a recent trip to Beijing, I was able to experience regular week day traffic and despite many lanes traffic flow hardly improved throughout the day. In fact, Beijing now has a maximum limit of cars that may be sold and registered every month. Once the limit has been reached, buyers are waitlisted for registration. Another challenge is parking, because even a residential parking space is not a given. The city of Shanghai recently announced that aspiring car buyers have to provide proof of a parking spot (bought or leased) before they may complete the car purchase. In addition to these infrastructure constraints, car exhaust is a major contributor to urban air pollution and city  governments as well as the central government are keen to lower already dangerous levels of pollutants in the air. In fact, China’s current five-year plan sets a CO2 reduction target as one of its high priority goals and mileage standards for new cars are expected to be raised over the next years.

As a result, one would think electric cars are an obvious answer to many of these challenges. EV’s tend to be smaller vehicles for urban use, are cleaner than conventional vehicles and requires less maintenance. The Chinese government had exactly those intentions when three years ago it announced ambitious plans to promote all-electric cars and put 500,000 EV’s on China’s roads by 2015 and 5 million by 2020. Yet last year, less than 10,000 electric vehicles had been sold in China with most of them purchased by public sector fleets and very few individual buyers.

So what are the challenges? Well, cars are expensive by Chinese standards and EV’s carry a premium. Initially, there were only few rebates or incentives to entice customers. Few foreign brands are available (as is the case elsewhere) and the electric vehicles models that Chinese brands had launched weren’t well received by Chinese customers. By some industry accounts, those EV models were little more than prototypes, not ready 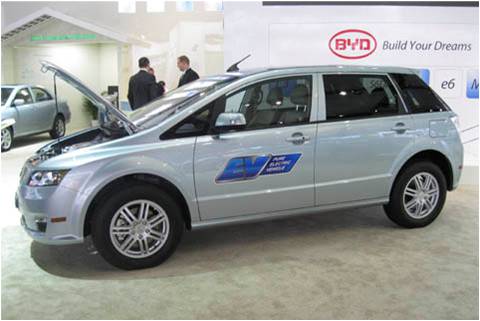 The other major impediment to rapid sales growth is the lack of charging infrastructure. Readily available car chargers installed across the city will alleviate range anxiety, i.e. the EV driver’s concern that due to limited driving range, he may not make it to his destination or complete the return trip. In China, the two large power grid companies are the driving force behind rolling out this infrastructure. They need to decide on the hardware and the technologies behind these charging stations before they launch a full scale rollout. Uncertainty about diverse technologies, the nascent state of EV markets globally, and little consumer interest in China has all but stalled this rollout. And as things go, without sufficient infrastructure available for EV drivers, Chinese consumers are not likely to quickly jump into the EV market.

For the time being, many Chinese cities are conducting EV pilots, particularly with public transportation (public buses, taxis). Rollout is expected to be led by those public sector initiatives before private consumers will start buying EV’s in larger numbers. And yet, if you look around in traffic, there are many “home-made” vehicles that are battery-powered. Mostly, hybrids between motorcycles and cars can be seen navigating traffic and using a less costly and cleaner alternative to gasoline. 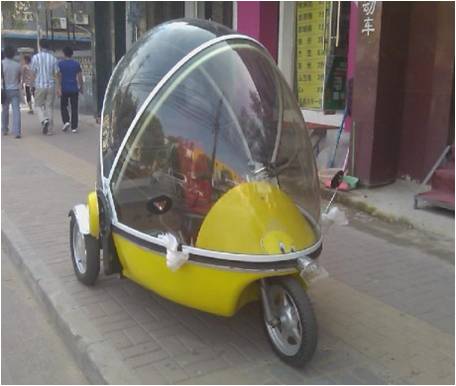 After all, gas prices in China are highly subsidized to keep them at affordable levels for consumers. With rapid growth in cars on the road, the government is realizing that these subsidies will continue to increase significantly. Therefore, it is expected that over time subsidies will be cut making gas more expensive in China. EV’s may then become a real cost-saving sustainable alternative for drivers that are less concerned about car economics today.

As China is working through the challenges that many other global EV markets are facing, the government is putting in place policies and incentives that will make EVs more attractive to a growing number of drivers. For many drivers in China over the next years, the first car they’ll ever buy will be battery-powered.