Here are a handful of partnerships, launches and momentum updates that show SAP’s seriousness about building a vibrant mobile ecosystem.

2) SAP launched a Mobile Apps Partner Program aimed at making it easier for smaller developers to get access to the Sybase Unwired Platform quickly and at a reasonable cost. It also helps those developers start to sell packaged apps via the SAP Store for Mobile Apps. 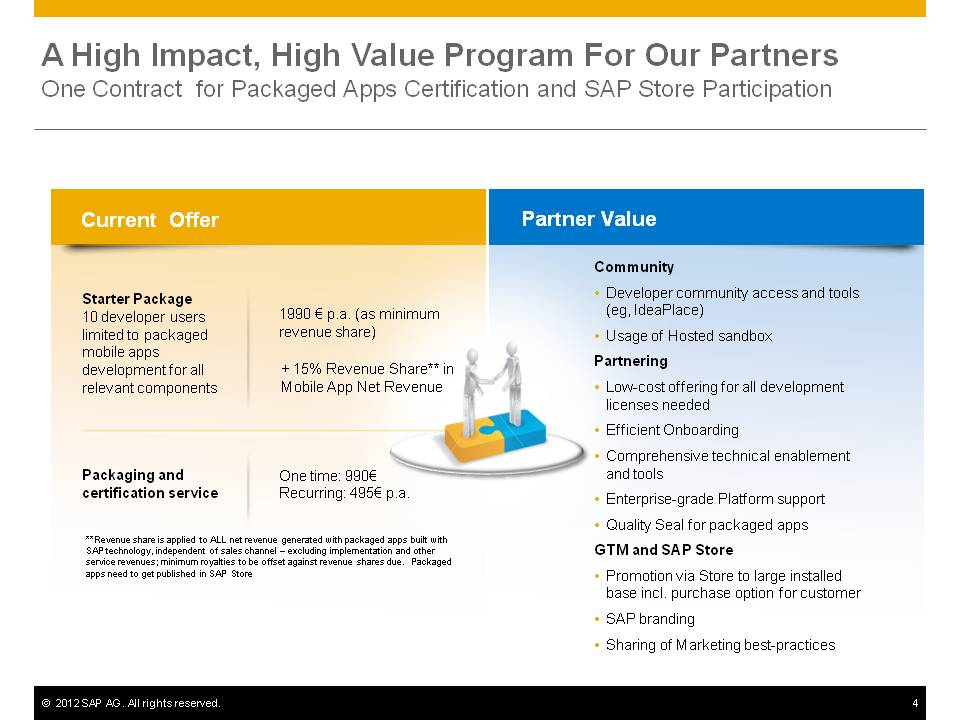 As you can see, the basic subscription is 1,990 euros a year, which gives access to up to 10 developer editions of SUP. That’s a huge discount from before. And the whole process should be far more streamlined than before.

3) Speaking of streamlining access…the SUP development platform is now available as a free trial in the cloud. This is a new feature at the SAP Developer Center (go there and click on Mobility). 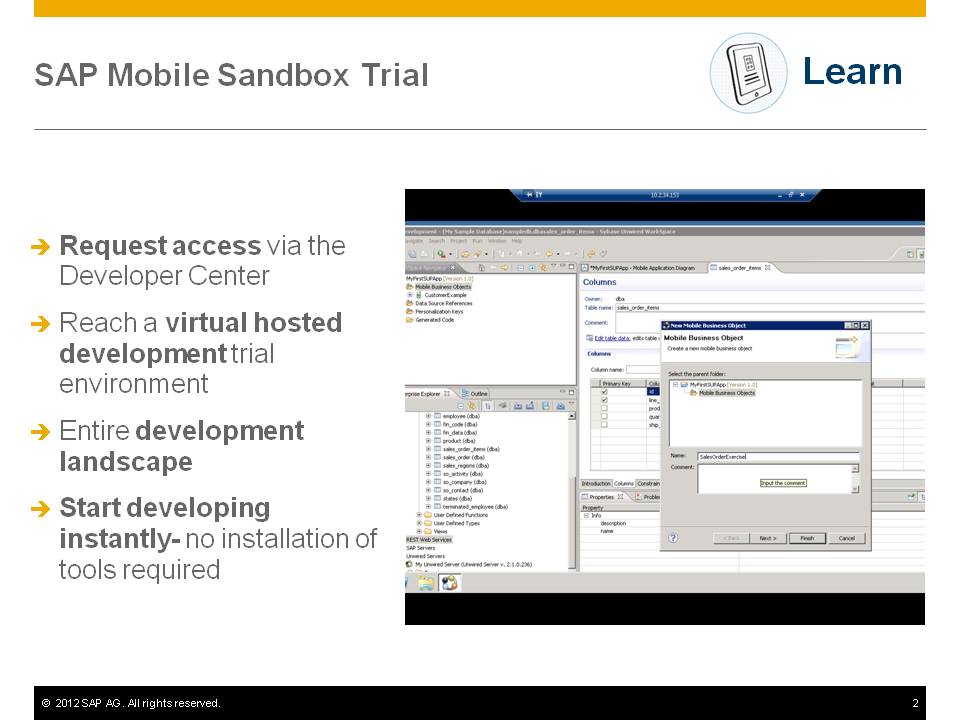 According to David Brutman, senior director of developer relations at SAP, developers can quickly connect their SUP app to a real SAP ERP back-end system so that they “can run through exercises and get their hands dirty.”

The trial edition, alas, is limited to 30 days. But moves are afoot to expand that length of time and make it otherwise more flexible for developers.

4) Even before those moves, SAP was successfully wooing mobile partners and customers.

At SAPPHIRE NOW, there are 90+ partner apps on the show floor. These include Liquid Analytics, which has built a slick supply chain management app, and Smartsoft Mobile Solutions, with its field sales app. Check out video demos here.

(Watch this interview with SAP vice-president, Usman Sheikh, about the Store.)

Systech  Integrators, a San Jose, Calif.-based solution provider, has  built an  extensive mobility business by developing turnkey systems and  services  around SAP’s technology, including mobile applications based on  the SAP  Business Suite and mobile business intelligence software based  on SAP  BusinessObjects.

“Mobility is a very big market,” said Rajeev  Tyagi, Systech’s COO, in an  interview at Sapphire Now. “That’s where  we’re spending all of our  strategic dollars.”

5) The SAP Store for Mobile Apps’ interface was also refreshed. See this screenshot: 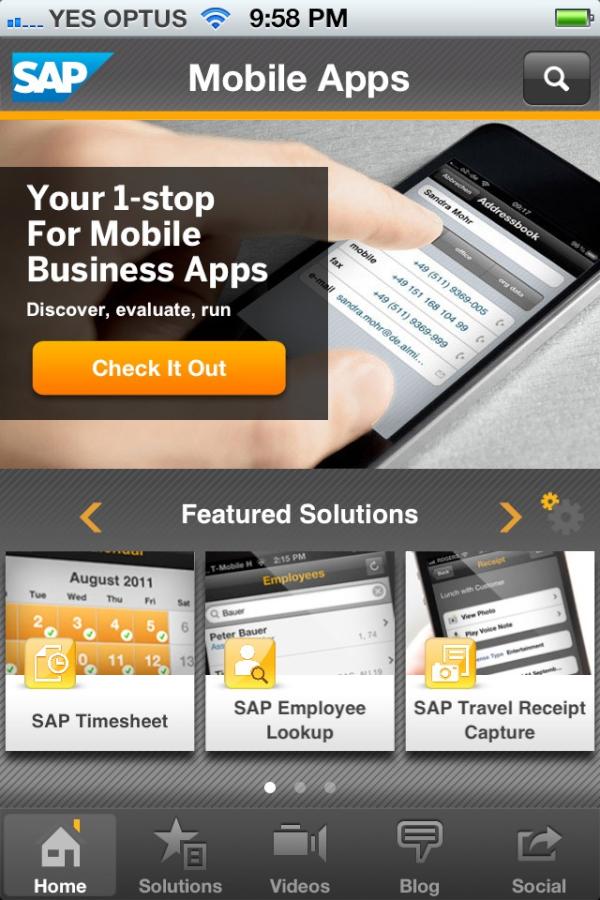 Australian developer and SAP mentor, John Moy, who took this screenshot, praised it. “I must say, the new look #SAP Mobile App Store on iOS looks great. Big improvement on the earlier version.”