Third and final official day of the ASUG Annual Conference, though for me the meetings continue tomorrow with an ASUG volunteer meeting.  With overlapping sessions I needed to moderate, a lot was jammed into a short time.  My day started with another trip to the show floor, knowing that I won’t be able to stop at all the booths, or even most of the vendors/partners that I might need to cover. I stuck with some hardware specific subject (just not the “H” word).  The Samsung (Semiconductor, not Mobile), had working demos of memory via solid state drives and chips.  The first image below shows a comparison between two servers, one classic and one captioned as “green.” To me, the impressive part was not just the fact that these were working hardware models (unlike the unplugged board pictured next to Michael Bechauf), it was the real time display of “transactions per second” with a running TPC-C benchmark, or reasonable facsimile thereof.

The first formal session of the day was a Mobile Road Map, with Gerhard Henig presenting the story of Sybase Unwired, mainly. The audience was almost entirely different from the pre-conference session Sunday, and with a starting time immediately after a keynote, the attendance was good. Now that I’d heard a similar story in several consecutive Mobile sessions I moderated, there was not a ton of revelation; for audience members new to some of these concepts similar questions were posed, including licensing models, what moving parts are needed, what skills are required, and how long does a typical project take.

Two questions that were posed, perhaps slight alterations of prior concerns:

The second session, that I unfortunately needed to bail out of earlier than I wanted, was about security devices connect to iPads. After hearing in a previous session that there is no “smart card” reader access on those devices, this showed an option that achieves the same objective. The photo below shows a screen shot from the slides being presented, but in case anyone questions whether these are mock-ups or photo-shopped, there were actual hardware devices in the room (I just didn’t walk up to the podium and start snapping shots).

The third session, overlapping the second, was the ASUG Virtualization and Cloud Influence Council. For some in the audience, the evolution from SAP’s “Adaptive Computing Controller” to the next generation “LMC” (Landscape Management Console) was news. Not so new to me, but I did get to hear a bit about upcoming work in this field, where SAP will deliver easier to deploy system images, followed by even easier (that’s the promise) system copies, training copies, and ways to set up connections between systems.  The next face-to-face meeting of this Council should be at the 2012 SAP TechEd (“with ASUG content”) in Las Vegas in October.

The last Mobile session of today, and of the conference, was Mike O’Dell’s company (Pacific Coast Building Products) pilot of mobile applications. Like the session by Boeing on Tuesday, this targeted iPad users, and used the SUP (Sybase Unwired Platform) stack. They exposed a few more chinks in the armor of setting up that product suite, including incompleteness of checklists and documentation (which being first, helps solve the problem for later adopters), missing components (“oh, you need the SAP Timekeeping App Add On” – shades of previous “plugin” component battles), and other challenges typical for new projects – getting staff up to speed, learning by doing, and figuring out the return on investment.

I asked about version control, which had been mentioned in the first session of the day, but given the state of their application pilot, may not be fully answerable yet. They intend to report to their industry group in a few months, and with the time lag between when the presentation was proposed and now, they consider this project to be successful.

Another question that came up was about app deployment to remote devices. The answer was unclear: Afaria seems to figure into the equation, but my understanding of the Apple software certification process was made muddier. I thought I had heard that the “HWC” (hybrid web container) insulates one from needing to have deployments reviewed by Apple, but it appears there are pieces of this landscape (or ecosystem) I don’t fully grasp. 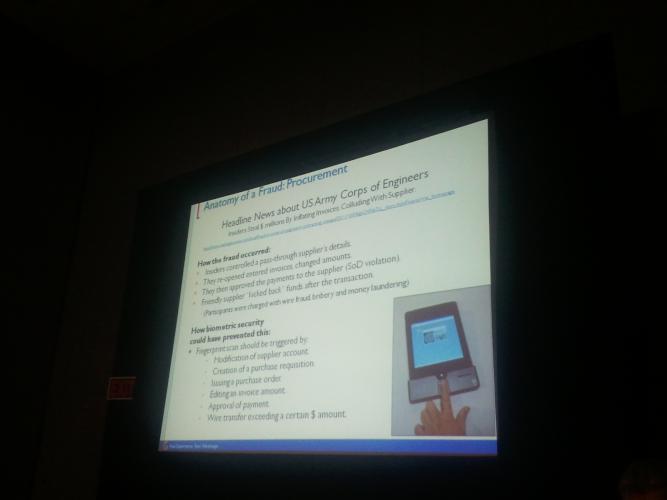 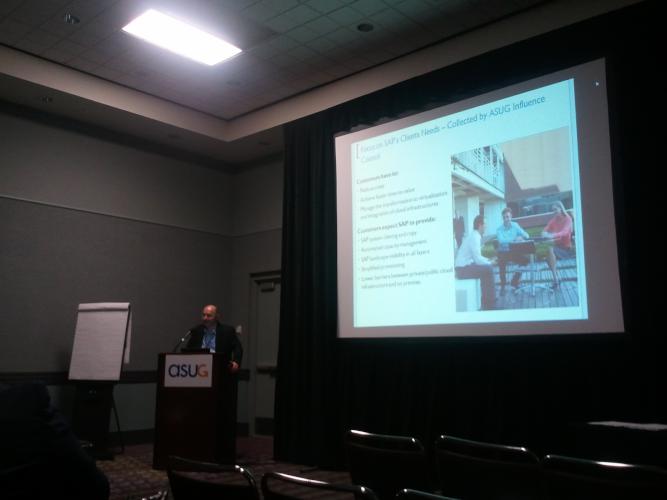 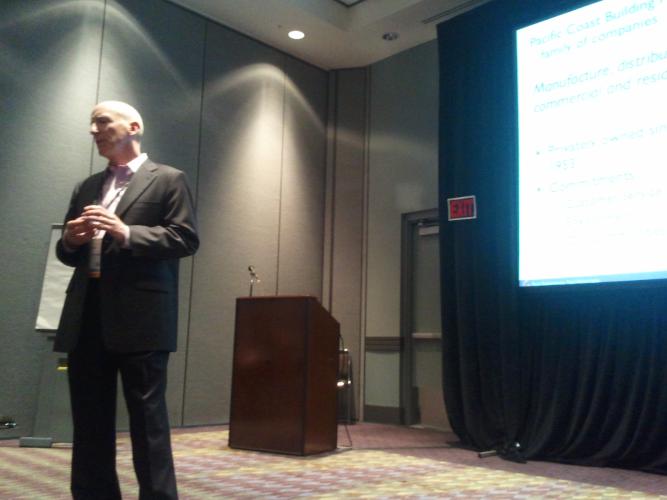 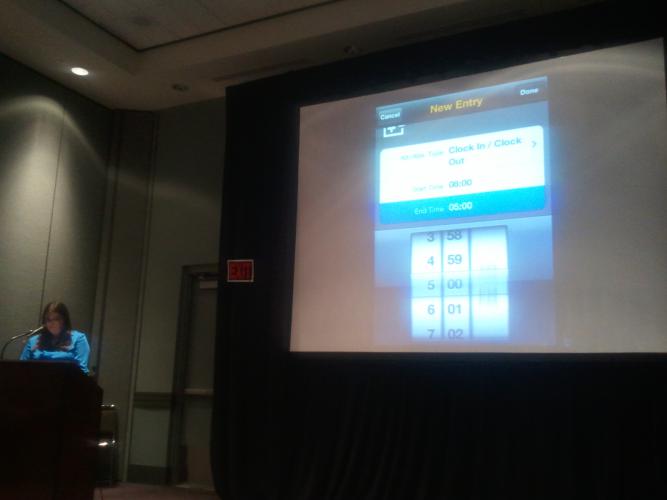