Why Do IT Consulting Firms Need IT? 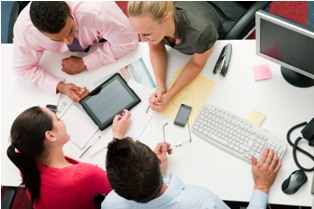 I had a chance to sit down with Rene Giguere, executive vice president, SAP Business Development for R3D during SAP SAPPHIRE NOW to learn more. Renee said R3D has “grown significantly” over its 16 years in existence.

We’ve all heard the story a million times before about how a rapidly growing company chose SAP to become integrated, flexible, agile, etc. That’s also the case with R3D; they now have 450 employees and seven offices across Canada, the U.S., Mexico and Europe. Their HR, billing and financials will run on SAP Business ByDesign, replacing Microsoft and additional homegrown functionality.

But SAP Business ByDesign will also provide R3D with the know-how to expand its SAP practice. According to Renee, there’s no better way to learn SAP than to implement the technology yourself, which is exactly what R3D did. The implementation took about nine months to complete, a bit longer than what SAP Business ByDesign typically takes, but this was a conscious decision on R3D’s part. A very sophisticated user training process also took up about 25 perecent of the implementation time according to Renee, also a conscious decision.

“Our company takes user training very seriously,” said Renee. “We want to lead by example and also get some good experience from implementing a really great cloud system.”

Once things settle on the SAP Business ByDesign front, Renee said R3D will bolster its talent management strategy, where SuccessFactors will most likely play a crucial role.

Great post! IT consulting provides solutions to the clients that they are looking for. IT Consulting Firm also gives them the opportunities to make career in IT companies.