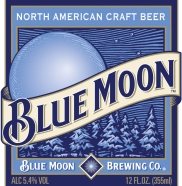 If you’re a beer drinker, you’ll no doubt recall the days of yore when it was next to impossible to find the tasty craft beer Blue Moon. As a small outfit, Blue Moon lacked the distribution power of the big boys. Retailers, in turn, had a tough time keeping it in stock. Fans lost out.

But now that Blue Moon is a part of the Molson Coors family, it can be found pretty much anywhere and in a variety of ways.

It’s not surprising that a powerhouse brewery like Molson Coors can quickly elevate a brand like Blue Moon into a household name. But it is surprising that big breweries are acquiring smaller craft brews to pump up their product mix – despite the fact that it adds a lot of IT complexity. Is it worth it? I had a chance to sit down with Corey Marshall, Director, Vendor and Service Management of Molson Coors at SAPPHIRE NOW to learn more.

Corey said big beer brands have been losing market share to micro-brews for many years. “We want to evolve the way consumer taste is flowing,” he said.

As a result, Corey said Molson Coors will continue to acquire compelling micro-brews and make its own. To understand how these different products are faring, Molson Coors will tap into the power of analytics solutions from SAP, including SAP HANA.

“In heavily evolved markets like the beer business, having the right data at the right time is critical,” said Corey. “We’ve been looking very closely at SAP HANA to figure out when it makes sense to start down that path. It’s not a matter of if, but when.”

Because Molson Coors has acquired a lot of micro-brews over the years, SAP Business ByDesign has become an important part of the company’s IT strategy as well. These become wholly-owned subsidiaries that may not have the need for the full-on SAP experience but still require “good, basic IT systems”, according to Corey.

With each of these acquisitions, Molson Coors must replace a lot of IT infrastructure. Thankfully, SAP Invoice Management software will help serve as a unified interface that connects to each entity. Corey said he envisions a day in the near future where SAP HANA will pull real-time data from its invoice management system to see what trends, if any, can be gleaned. Mobile is also on the horizon for Molson Coors but Corey is quick to point out that its analytics strategy must be in place first before they can get the right information into the hands of employees.