Day 1 ASUG2012/SAPPHIRENOW and a cast of thousands

With the first full day of the ASUG Annual Conference (and Sapphire) nearly concluded, it’s time for quick reflections on the event so far. Photos and screen shots are included below, which I’ll try to cover chronologically.

This year, the pedicabs around the Orange County Convention Center (or at least, the largest and most impressive franchise of that transport mode) are sporting corporate sponsors from one of the large SAP “ecosystem” partners. These drivers work their, well, you know, so support them whenever you can. It may be “trickle down” theory, but it’s eco-friendly, small and medium enterprise (and not to mention, woman-owned). They got me to the conference this morning, with ease.

Then, time to try out the online agenda app. I installed it first on the iPad, then later on the Android. That was straightforward, as long as I remembered my login. Synching up with the primary site was by a button, which I would assume is both push and pull, though that was not too obvious. A few times, on each device, I got an error message such as depicted below, where the app said a new session was “NOT” added (in caps). However, it seemed to work any way. In one case though, a session I already had in my agenda vanished. At first I could not add it back in, and then it was there. The other error I saw was on the PC, where every session vanished (“You have come across this page due to either a system error or that we are unable to locate the page you have requested”). Back channel help suggested “log out log back in” which worked, or the error went away without action.

What is useful on the agenda this year is the elimination of paper survey forms, for electronic interaction. It’s not accessible, for unknown reasons, on the web access to the agenda, but only on the mobile device app. Or at least, not that I could find. The image below, from Wednesday’s upcoming Virtualization and Cloud Influence Council, shows the little blue clipboard survey icon on the right side.  Go ahead, fill it out.

The first session, on securing mobile devices, didn’t have a huge crowd, and ended probably too soon, though the live demo with a backend SAP system running specific financial transactions was impressive. I said, at the time:

The mobile security demo included entering characters, a facial recognition demo (note the mug shot below) and voice recognition. These may be overkill for many scenarios, but it’s good to see how they work with specific devices, and to ponder when and where they should (or should not) be deployed.

Unfortunately, not too many folks visited the 12:30 session on mobile device billing. It was fascinating from a business model perspective (to me anyway), and the questions about high availability led to discussion on suspending charges during outages (rather than block customer access), and then to specific traffic analysis. It turns out the individual data packets can be inspected prior to being sent to the billing process (say, for ignoring DNS lookup requests), which would be interesting from a security and privacy perspective.

Trivia stuff I learned in that session:

The session on using HTML 5 and JQuery for deploying mobile apps was maybe the best attended of the Mobile track sessions today. The speakers explained the project they did was a prototype, trying to leverage as much existing infrastructure as possible, not buy any new components. They created an app to do time entry, fairly rapidly, but with real time access only (probably a safe bet for HTML access). The audience had questions about the learning curve, and my comment about not needing SUP got a defensive reaction from someone at SAP.

They needed to do browser specific tweaks to get this to work, meaning while the solution supports multiple devices there may be workarounds needed for some behavior.

I’m ending this photo stream with a shot of the conference show floor. I could not get any kind of angle to depict the are properly. Maybe a 180% fisheye lens is needed. 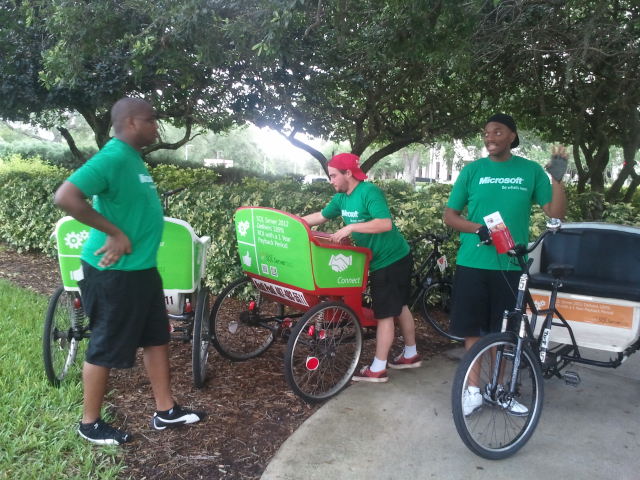 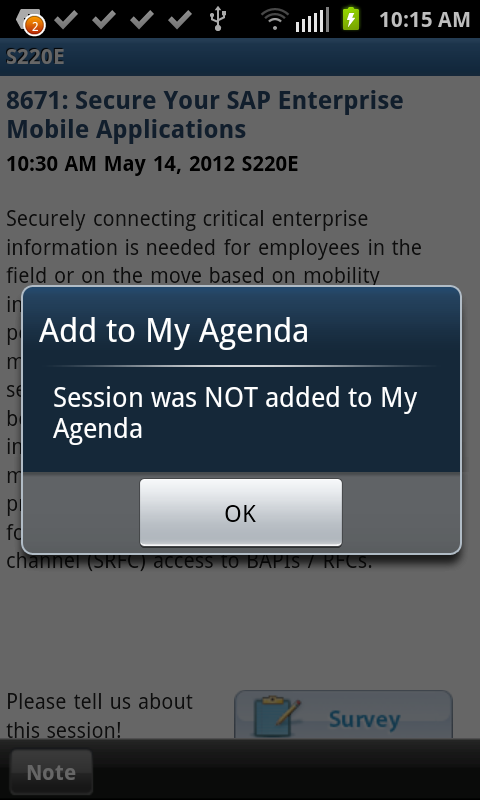 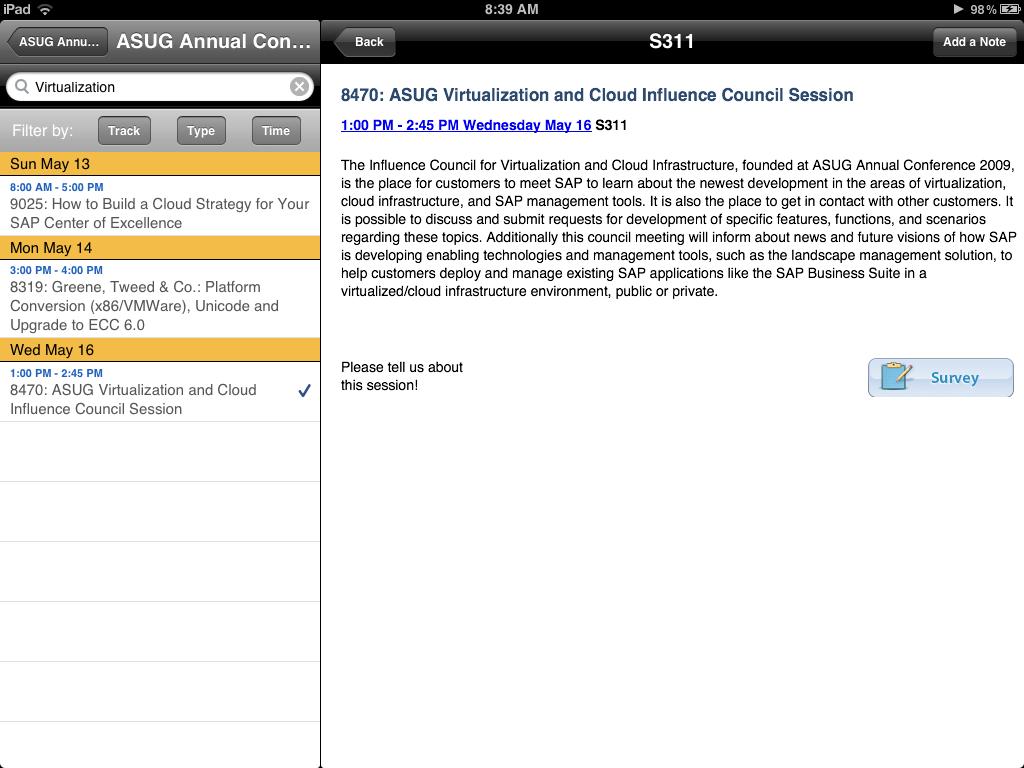 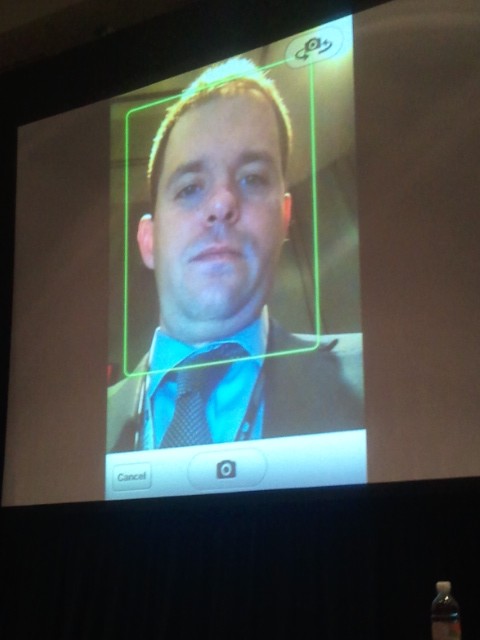 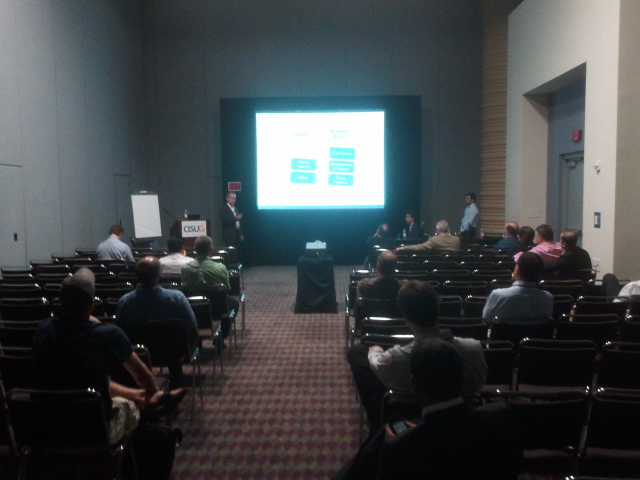 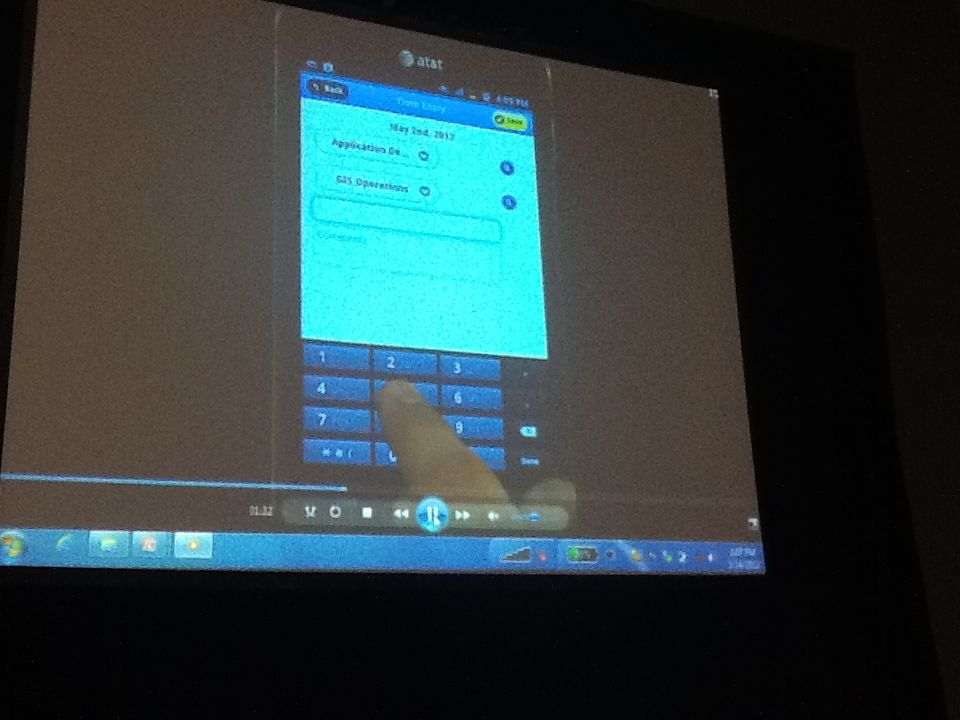 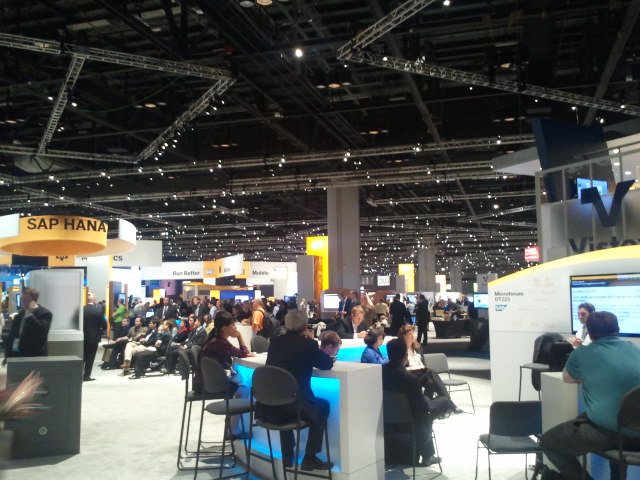 +1 on the elimination of paper - that annoyed me to no end at DKOM. Actually I would have preferred a QR code on the last slide of each talk that you could then scan with the conference app....

I fully agree you don't _need_ SUP to develop mobile solutions, technically. There are many ways to do mobile.

For customers, that may exactly be the issue - if every programmer/vendor choses their own integration path managing all those apps will be a nightmare. SUP just _might_ be able to work as a concentrator here, and customers may want something like that.