An early start to the day helped ensure that the facilities were functional and that support was available for this pre-conference day on SAP Mobile.  After literally months of preparation, it was time for the speakers and the audience to assemble.

Rather than the usual chronological tour through the day, I’ll leave that for the stories in pictures below and focus on some themes that resounded during the day. There were others, and Jon Reed captured one of the themes during his tweets, as well as other crowd reaction.

Repeatedly, customers wanted to know which moving parts are required, which are optional, and what of the existing built-out systems go into maintenance mode. This is especially critical to understand for parts that are new, may require new licenses, and for which little or no institutional knowledge exists. We saw several charts, including full spectrum business models, medium intensity connection diagrams, and something resembling entity relationship models. Based on what we’ve heard, we’ll expect to see refinements of these road maps later in the week.

Early in the day, I asked for what customers were looking for in the sessions today. One specific issue stuck out, that might be beyond the typical developer focus in connecting back end data systems to mobile devices, and that’s calendar synchronization. That to me is one of those universal issues that mobile software should solve (get the times of meetings right), but whether that’s in SAP’s power, I don’t know. The question was not addressed later, nor did the pruning of contacts come up. Another related issue was governance – once a data model is built for who gets what data on their mobile device, who enforces or controls this?

When I talked about the diversity of mobile devices, and the dearth of mobile infrastructure support, there was a common agreement in the audience that they recognize the same issue. Everyone wants the mobile devices to work, but few seem capable of bridging the gap between the business development requirements and the software development cycles required. Making Afaria work, managing the procurement, build-out, and demolition of devices seems left to a specialize cadre that is in short supply.

This trend may not have been universally absorbed by the audience, as the speaker spent a lot of time on general software trends, and not enough time on how mobile devices can track shipments, interface with existing carriers, and streamline logistics. The observation that trucking companies have more Androids than iPhones may be valid, but it wasn’t supported by any evidence presented. The example we saw, while a mock up perhaps, added new dimensions to the expansion of applications in this area. Reliance on the existence of an SAP backbone with transportation management seemed to be a prerequisite, and I’d have liked to have heard more specific examples. I’ll try to get this topic into an ASUG webcast soon.

It may not be fair to ask a technical presenter what the licensing terms of a specific software suite are, but the question came up multiple times. I would expect SAP to have some kind of standard price sheet, and at least let these people know what comes in a bundle and what doesn’t. My sense is that this is immediately directed to account representatives, and discerning all of the moving parts needed for a project (see Infrastructure, above) are going to be left for those closed door discussions.

As this “deal” as not closed, I did not expect to see or hear much about the impact. And while the presenters stayed away from revealing any confidential information, there was good discussion about possible scenarios, timing, and what may happen. And saying “names may change” seems obvious, but a welcome recognition of the rebranding (or spin) that happens post-merger.

Jon Reed asked vital questions about what new skills or changes to current development management might be required as a result of shifting into an SUP landscape. The answers were valuable, but to me the more critical insight was into the data modeling process. Trimming the fat of an ERP system prior to caching and then distributing it to mobile devices seems like an obvious step, but the sense was this didn’t happen nearly as often as it should. And the skills of knowing the entire data catalog, understanding what needs to go, what needs to stay, and what needs to be filtered, is not easily acquired, nor,  I think, is it as well rewarded as it should be. 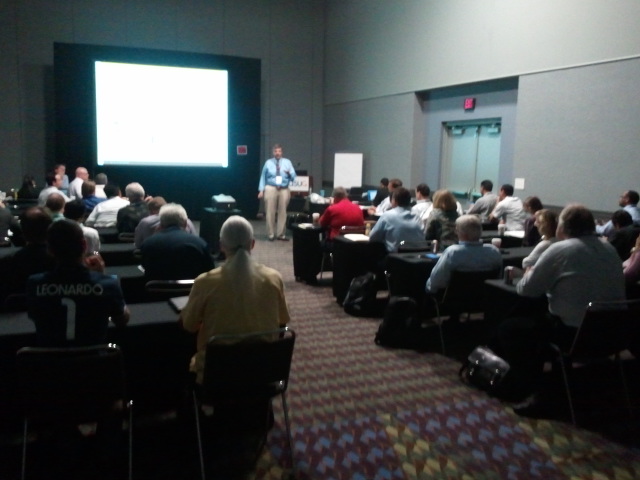 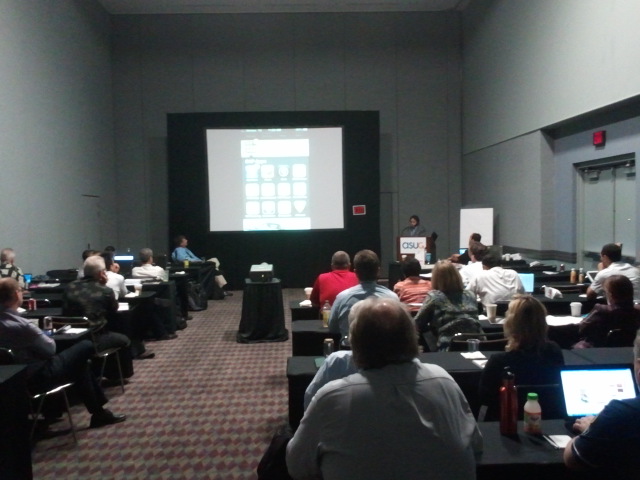 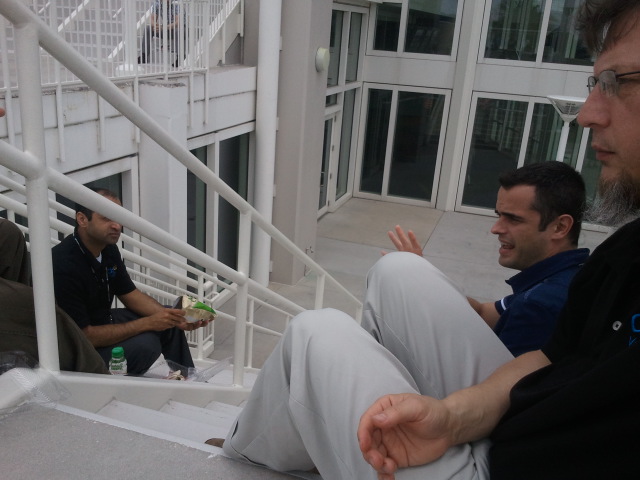 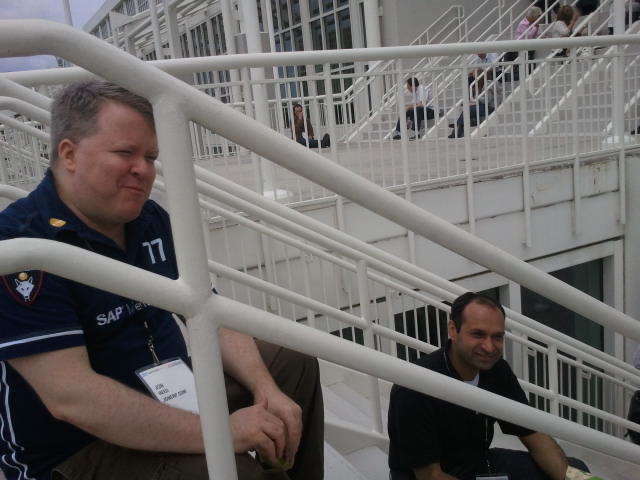 Another side of lunch 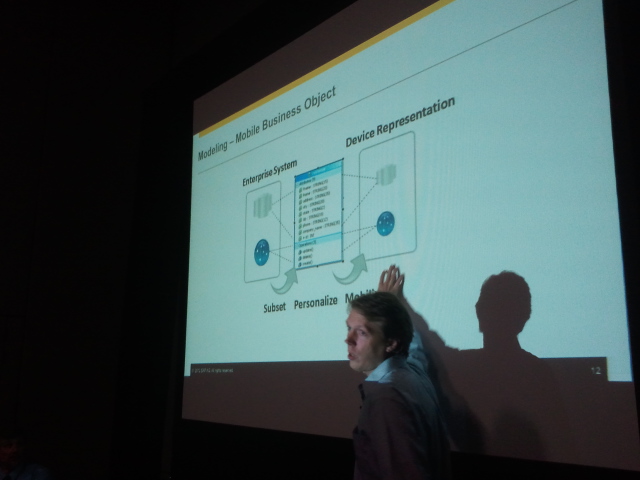 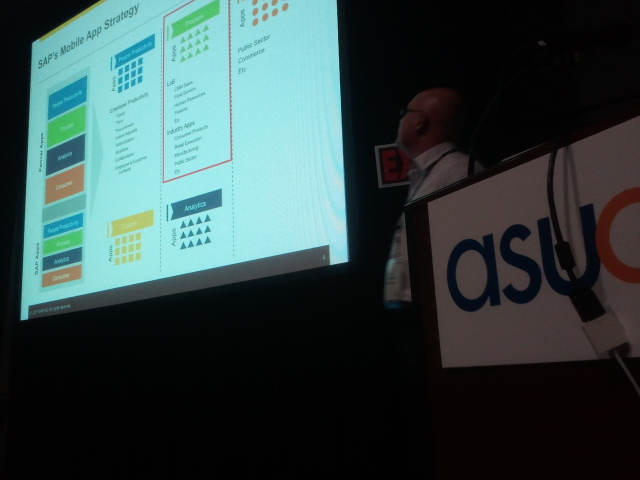 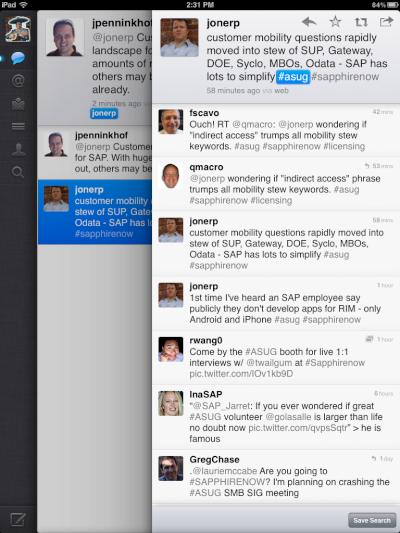 Transcription of portions of the above tweet stream – thanks Jon Reed for distilling some of the customer angst in the room. 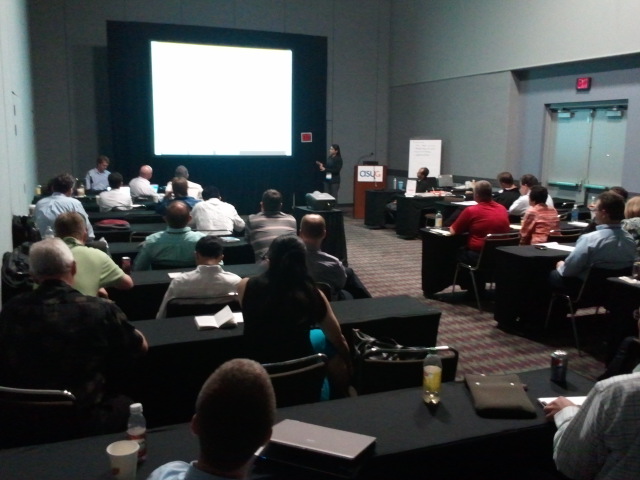 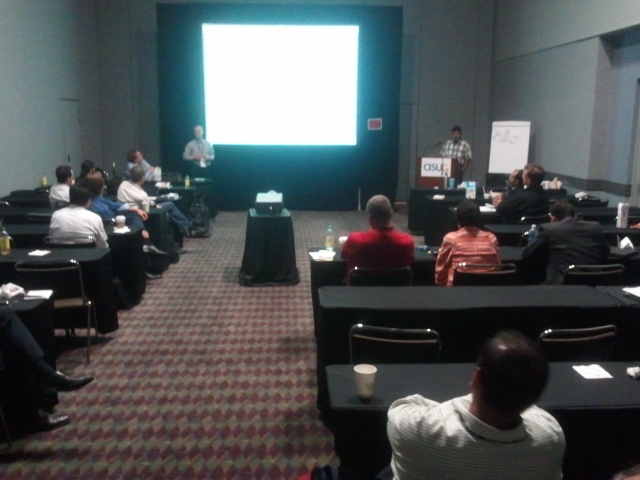 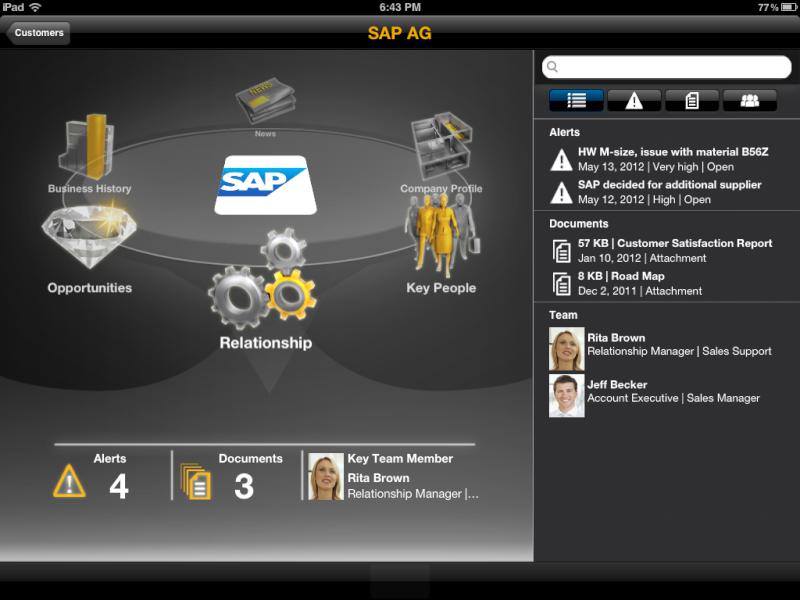 Success, of a kind. Got one Mobile demo working on my iPad.  Boris said use itunes, not SAP store. Confused.

Jim - thanks for this summary.  I heard great things about your pre-conf and mentioned it in my blog - http://scn.sap.com/community/erp/hcm/blog/2012/05/20/where-the-rock-stars-and-heroes-are-asug-sapphire-2012-20-of-my-top-picks#comment-305970 Let me know if there's more I can read/share on this topic.  Great job!

Jim - thanks to you and ASUG for getting me into the mobility pre-con, I was able to attend about half of it. I always try to get in early to Sapphire/ASUG to attend these, for a couple reasons: 1. only chance to "deep dive" during a hectic week, and 2. get a real cut check from customers about the issues that they are facing. It's often different than what we hear from the main keynote stages.

I thought you and your speakers did a terrific job on this session and I was able to fill in a lot of gaps. I got some pushback from SAP on the tweets I put out, and some of that pushback should be briefly addressed here. As you pointed out what I was trying to do was mirror/relay some of the customer confusion or "angst" around some of the fuzziness and complexity in SAP's mobility landscapes. Some at SAP didn't like that and seemed to think that the questions were mine. That's a "shoot the messenger" thing and the reality is that customers had questions and some of the answers raised more questions.

However, SAP and RIM were right to push back on the tweet about forward development on RIM. That one's on me - though many in the room took his comment to mean SAP was not doing any forward mobile application development on RIM, only on Android and iOS, what I learned later was that such decisions are typically left to individual product teams, so I don't believe SAP has halted RIM mobile app development across the board.

Having said that, the broader theme that RIM has its work cut out for them to remain relevant from an apps perspective is one that I think remains valid. To RIM's credit, I hear good things about what RIM is doing to engage developers, but it's not surprising to hear about RIM development being scaled back whether it's from SAP or elsewhere. But to be fair my tweet was misleading and I misunderstood the speaker on that point, who also could have been clearer.

To SAP's credit, they reached out to me on these points beyond Twitter and there were some good conversations. Credit to Sanjay Poonen and Nick Brown for quickly responding and showing their passion for resolving this kind of confusion both in my reporting and more importantly for customers. We all know mobility is a moving target so this kind of diligence is clearly welcome and needed. I have suggested to RIM that they collaborate on a blog post with SAP to more clearly lay out the mobile app development strategy for RIM and SAP, that would be a positive to come out of this exchange.

Very progressive engagement all around. Love it. Thank you.