My Journey, by Design

Way back in 2008 I was a PeopleSoft consultant, and somewhat of an expert in all its financials and ‘multi’ functionality; multi-ledger, multi-GAAP, multi-company, multi-book, and on and on. Of course this meant that my skills were in demand for all sorts of global companies, which meant one thing: travel. Constant domestic and international travel.

I needed a change.

So I logged onto Dice looking for a cozy Business Systems Analyst job in a single location. I found one very interesting job in LA that was looking to hire someone to implement their ERP system; something called ‘Business ByDesign.’

I did my research and what I saw was a fully integrated, highly functional product that’s delivered in weeks instead of years. I was sold from the start. So I went to LA, nailed the interviews, and figured an offer would be on the way shortly.

That’s not quite how it turned out.

The company had to go through the proper due diligence, get executive alignment, and find the budget. Oh, and I forgot to mention, this company was a start-up (the current king of froyo, Pinkberry, which I proudly own a piece of). It looked like that offer wasn’t coming any time soon. 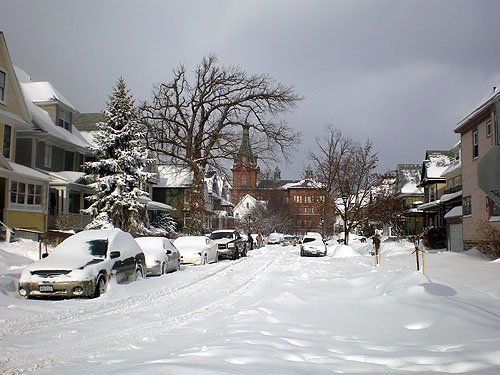 Arriving in the dead of winter, I went to work at HSBC Bank. It was a solid 9-5 gig with a 5 minute commute. But it was still in Buffalo (I’m from San Diego), so when I got a call from that start-up offering me the job I’d interviewed for eight months earlier, I said hell yes.

So I started work at Pinkberry, and this is where my love affair with ByDesign began. I was the project manager on the customer side (the best they’d ever seen according to the SAP leadership), and I really got into the work. So much so that migrating from at least four legacy systems, we implemented CRM, Financials, HCM, and a little SCM in just under 11 weeks.

That scope would take 11 years in the PeopleSoft world.

And the best part was, I could implement as much additional scope as I wanted. That’s like puting a kid in a candy store and telling him to take as much as he wants for five cents. My proudest moment was integrating ByDesign with our payroll provider, making the accounting staff grin wildly every other Friday. SAP even filmed us for their Run Better campaign.

That’s not to say there weren’t issues. I was on the phone with our Account Manager and ByDesign Support way more than I wanted to be, and at the strangest hours, day and night. Quite frankly, when there were system issues it was personally embarrassing for me, since Pinkberry basically equated me with SAP Business ByDesign.

But I never lost faith. I could see the vision. I could almost feel the vision.I did many interviews and podcasts with such characters as Jon Reed and Dennis Howlett.

I attended the last two SAPPHIREs (come visit me at the Bramasol pod, 3127a this time around), and my gut instinct was confirmed. When I saw FP2.5 and the ByDesign Studio I almost cried. (Unfortunately, as a customer, I couldn’t get my hands on the Studio, which I complained about very publicly. Just ask Mr. Christian Happel.)

It was at this point that I knew I would be a ByDesign consultant someday. I spent time discussing various partners with various people, including a man I consider a personal mentor, Sina Moatamed. I followed every piece of news and browsed every job site waiting for the market to offer me an opportunity. I took my time, never applying for any openings I saw.

It turns out, I didn’t have to. I alerted the SAP team that I wanted to work for a partner and they recommended me to several. After many flights, business dinners, and interviews, I got an offer from Bramasol and took it. Bramasol, like me, saw huge potential in ByDesign and they just got the vision.

And now I’m where I want to be. I live in San Diego, work wherever I want, and do ByDesign all day long. We’ve got a long way to go with ByDesign and SAP, but that vision continues to unfold. Next week at SAPPHIRE will be very interesting indeed.

And that’s my journey, by design.

Hey Judson, great trip! That was you who tried to bribe us with some frozen joghurt just to get your hands on the SDK? I have to say that I was tempted....

Well, now @Bramasol you can work with ByD studio, right? Would love to hear about your experience ... And I know Christian will be happy aslo! 😉

And yes, I work with the Studio now. The UI Designer in 3.5 is not working, which I've seen multiple people mention.

But trust me, I'm very happy to be working in the Studio!

Great stuff as very enjoyable blog and great to see you embracing social media as well.

I was hiding out for a while but I'm back on the scene now!

Great blog Judson! It's interesting to see the journey you took and I can feel your passion in the way you write it. I certainly look forward to your next blogs!

Thanks for the kind words! The rest of my blogs will be technical and boring, so I'm glad you enjoyed this one.

Judson is a massive talent.  A person that this community should definately follow.  His presence here may be somewhat new, but he is a veteran of ByD and SAP's cloud strategies.  He has experienced it as a customer and now as a consultant.  This is why he will be an excellent asset to anyone who works with him or follows him here.

Thanks Sina. It's too bad you're not at SAPPHIRE this year, but I'm sure you'll hear all about SAP's all-out cloud strategy. Essentially the company that pioneered ERP is now going to build cloud point solutions that 'connect.' They're all built on the ByD platform. Each LoB application seems to me to be just a tiny scope of ByD with a couple SDK add-ons, But at least ByD is staying alive even after Lars made his disdain for the product very public.