I recently spent a few days in Beijing.

Beijing is a city with over 20 million residents.

Beijing’s annual average population growth of 3.8 percent over the past 10 years has outpaced the Chinese national average of 0.57 percent.

It is an AMAZING growth rate.

Assuming the same growth rate continues for the next 10 years by 2022 Beijing will have 30M residents.

With the growth and expansion city residents are experiencing congestion in their daily commute.

On my 3rd day in Beijing I decided to try the Subway.

It was mid day…. below are images of the subway train ride and subway station in mid day!

The below level of congestion is the standard in Beijing Subway system. It becomes even more congested during ‘rush hour’ (not sure it is possible :-).

Yet, the Subway still remains one of the quickest ways to get around Beijing !!! 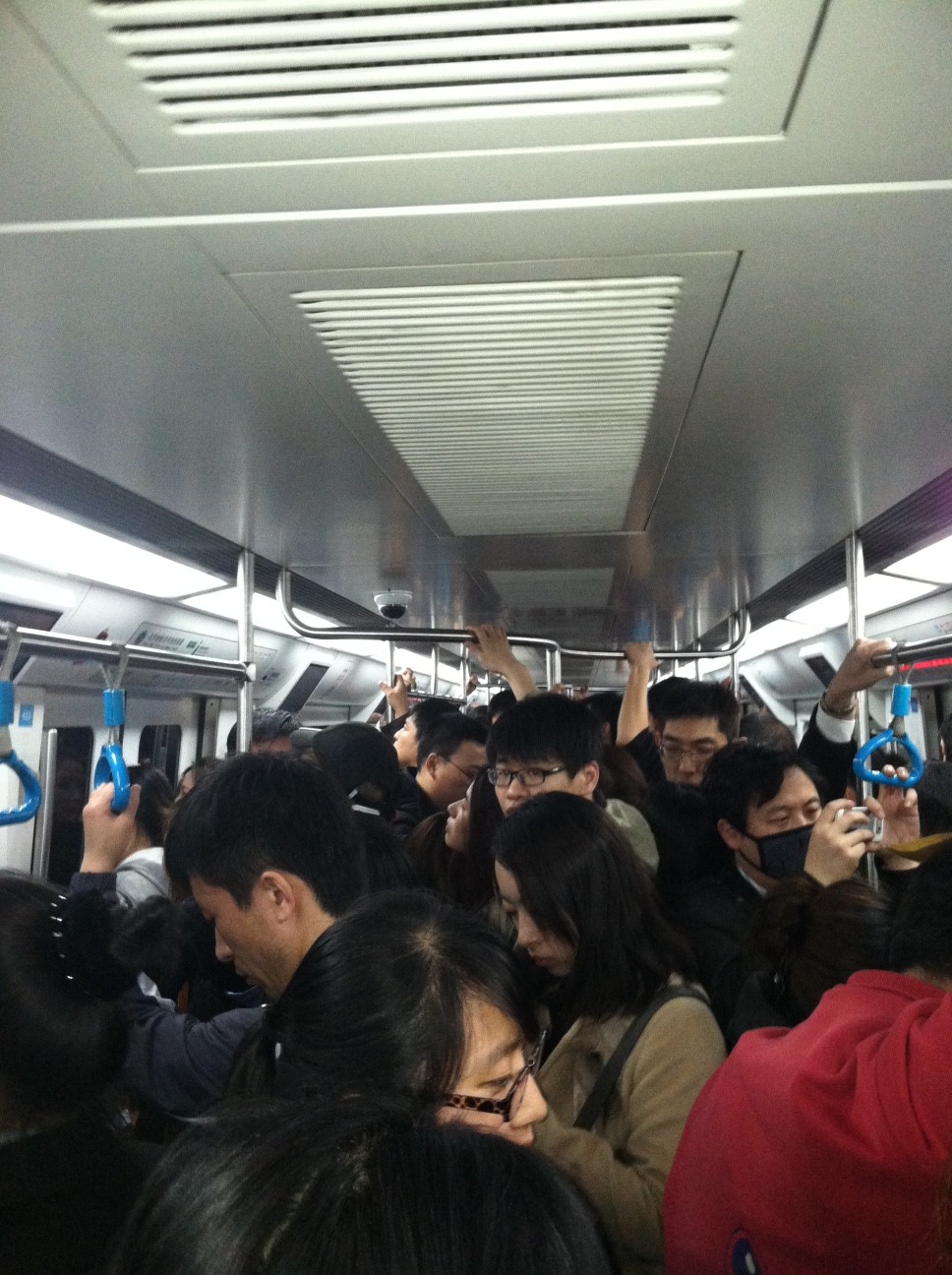 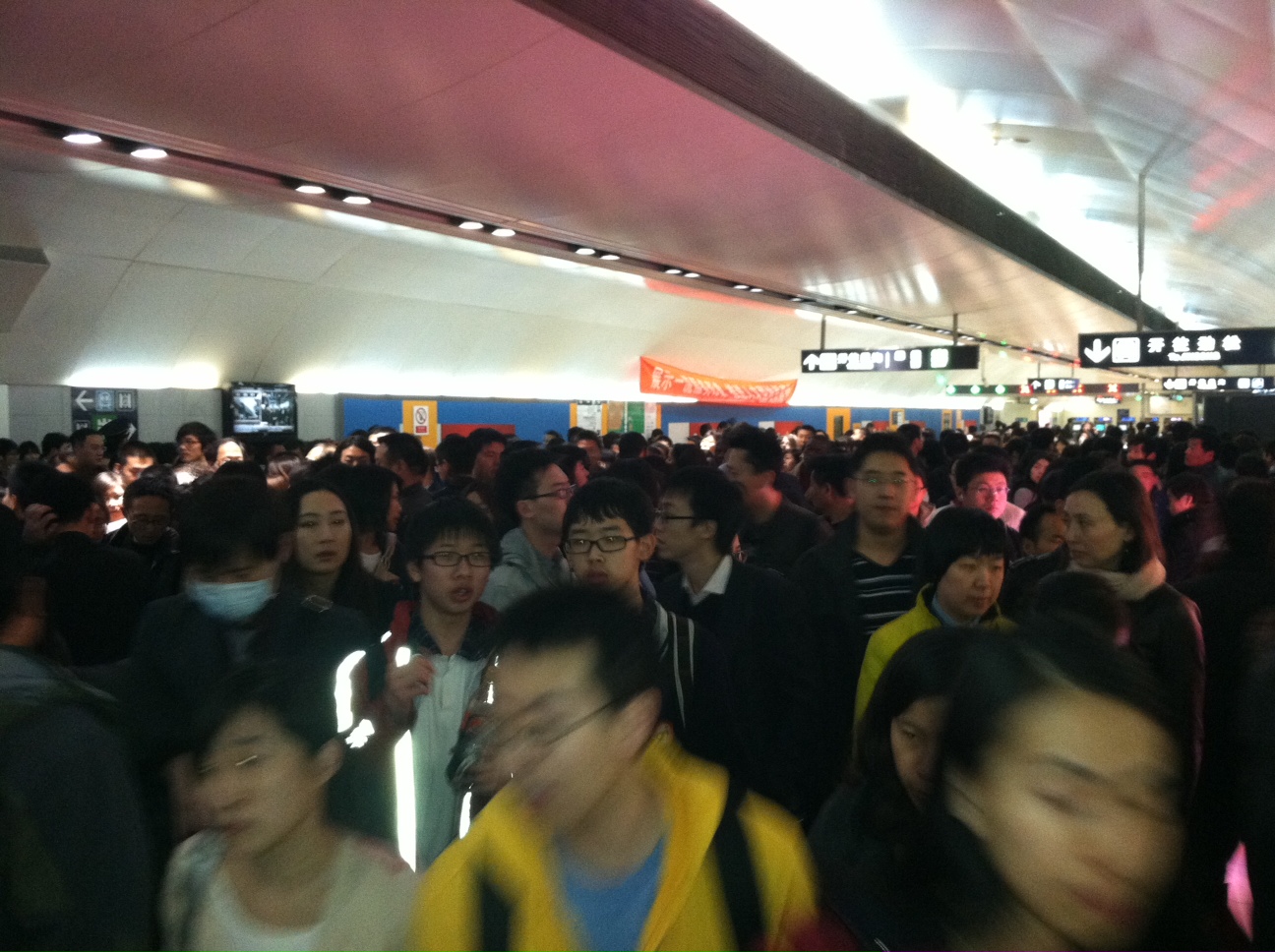 Sighting of an Electric Vehicle (EV) in Beijing

I was also fortunate to see and capture an EV in Beijing.

According to several folks I talked with and are experts in EV in China, we were not supposed to see a EV.

Everyone was quite surprised to learn that there is a Nissan Leaf driving around in Beijing (the below car in the picture – the proof !!!).

This image was taken from a window of a Taxi in Beijing.

Throughout my visit I did not find any public charge spots which people can charge their EV… next time in Beijing will try to find a few charge spots and share their picture …:-) 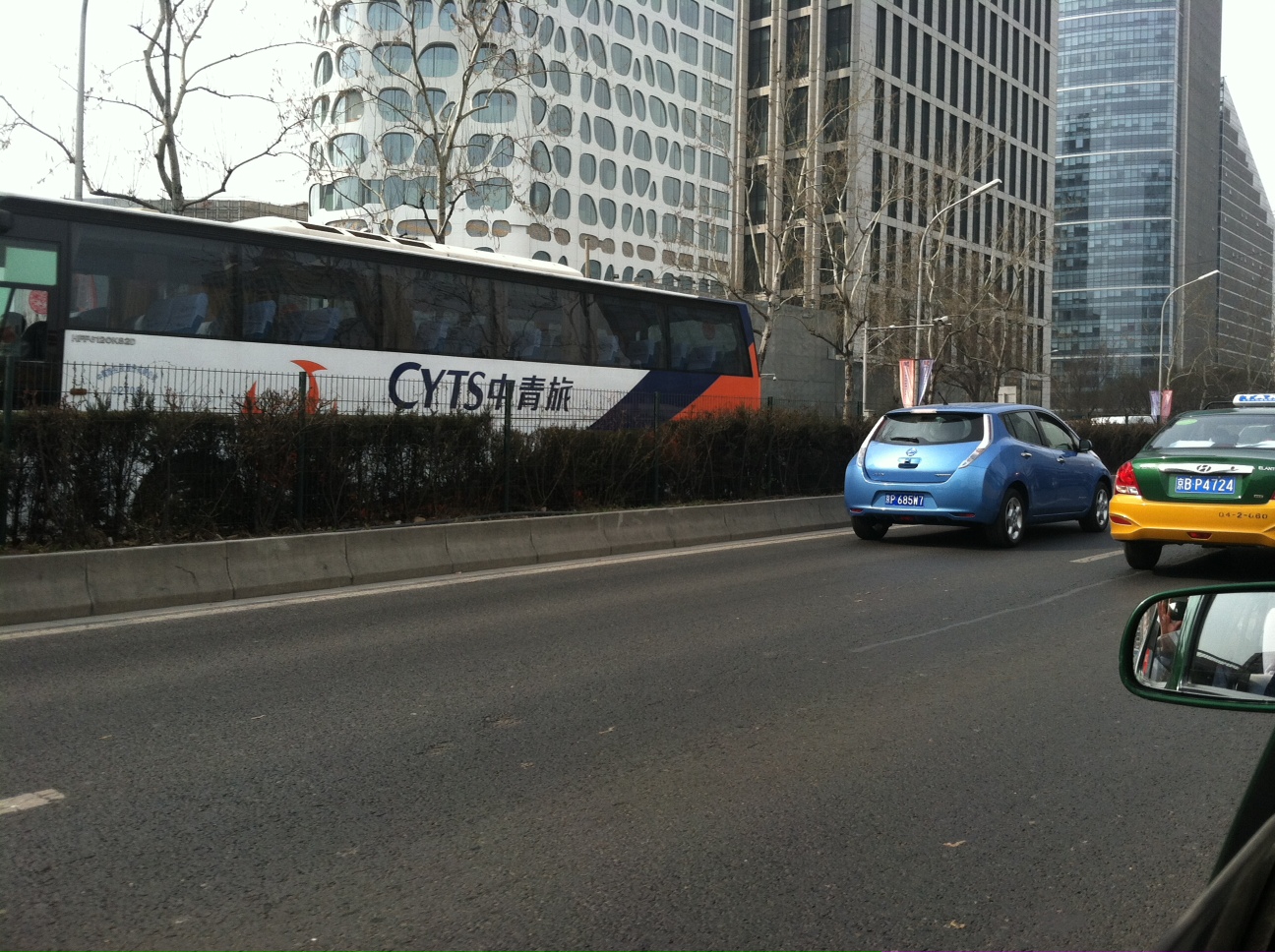