Did you ever lay awake at night pondering why the expression is “knowledge is power,” not “data is power”? Yeah, me neither. But then I started thinking about the press conference that SAP is holding tomorrow.

As you might have read in the New York Times, Reuters, or Bloomberg, SAP (my employer) plans to announce some product news on Tuesday around mobile and data management software.

It’s a follow-up to our December announcement when we said we planned to become the no. 2 database vendor by 2015.

Oracle CEO Larry Ellison thinks that we have to be “on drugs” to think we can play on its home turf.

Note to Larry: SAP is already no. 4 in databases, on the strength of a trio of Sybase products: ASE, used in just about every Wall Street firm; the market-leading columnar database, Sybase IQ; and the quietly popular(and versatile) SQL Anywhere.

And if you look at where data management is headed, SAP has already made other gains, and is poised to make even more.

Some historical perspective. I started writing about technology in the mid-90s, during the tail end of the decade-long first Database War. Oracle was emerging as the top dog in a pack of vendors that included IBM, Ingres, Informix, Sybase and Microsoft (which was still licensing SQL Server from Sybase at that time).

Powerful and huge, Oracle’s relational database was the perfect technology for that era. Big muscles were in. High school jocks chewed steroids like candy. An ex-bodybuilder (Arnold Schwarzenegger) was the most famous man in the world. 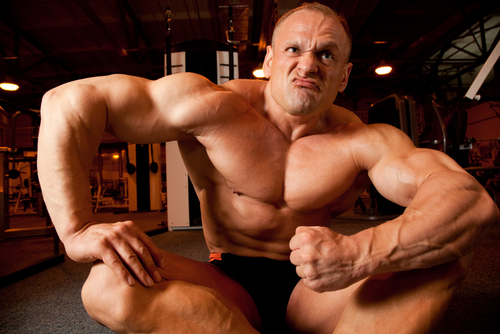 Challengers thought the way to beat Oracle was by getting bigger and stronger than it. So they all tried to prove they could store more rows of data or crunch transactions faster. As with bodybuilding and steroids, this fixation on performance led to artificially-enhanced benchmarks all around, which led to a distrust of benchmarks that lingers to this day.

So object-oriented vendors nerdishly talked up their speeds and feeds advantages. Besides running headlong into the emerging cynicism about benchmarks, there were two other problems with that strategy. For all its hype, the Web was – and is – just a niche of the broader enterprise market. And object-oriented vendors failed to cater to “bread-and-butter traditional business-data processing applications where high performance, reliability, and scalability are crucial,” former Informix CTO Michael Stonebraker said at the time. “Companies are justifiably loathe to scrap [relational] systems for a different technology, unless it offers a compelling business advantage, which has rarely been demonstrated by object-oriented databases.”

The Game has Changed

This leads me back to my original question, why nobody says “Data is power.”

That’s because raw numbers mean nothing. Numbers need to be sifted through, analyzed for patterns, applied to the right problems and displayed to the right level of detail for the viewer.

Only then can we humans can glean knowledge useful for making intelligent decisions.

This has always been true. But it’s become critical in the last decade, now that we can gather billions or trillions of data points in a short amount of time.

The needs within data management are shifting, too, away from monolithic, over-built products towards efficient, focused solutions tailored for the problem to be solved.

This parallels what’s happened in popular culture. Gargantuan, oiled-up muscles seem stupid. What people care about is practical strength, such as a strong core, and lean, Bikram-toned torsos. 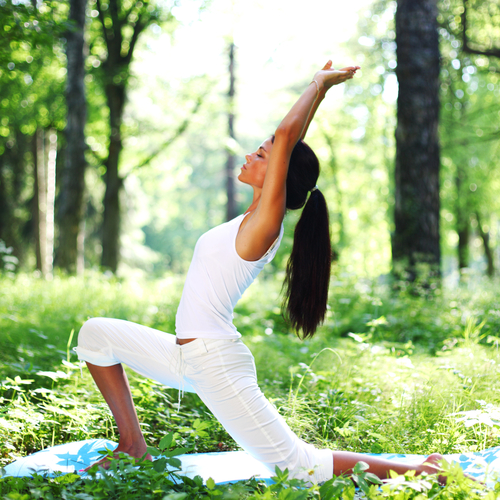 Take T-Mobile, which wanted to create personalized deals for its 30 million American customers by mining data from store cash registers, text messages and call centers. Using the HANA in-memory database, T-Mobile was able to slash the time to create tailored customer offers to 3 hours from one week.

That’s a reduction of 98%. And it’s a performance boost that a conventional relational database topped by an in-memory layer would be hard-pressed to achieve.

Don’t believe the FUD. HANA may be in-memory, but it “is a full, ACID-compliant database, and not just a cache or accelerator,” says SAP Executive Board Member in charge of Technology, Vishal Sikka. “All the operations happen in memory, but every transaction is committed, stored, and persisted.”

Analysts like Richard Sherlund of Nomura Securities call HANA “not just a new database” but “a new secret sauce to be leveraged in important new ways.”

How? Because SAP’s goal isn’t just to deliver HANA to market, but to ensure HANA (as well as ASE and IQ) support all of SAP’s key applications like Business Warehouse, BusinessObjects and its flagship ERP.

That turns HANA into a “disruptive technology that can accelerate growth for SAP, differentiate the SAP ERP, BI and BW, and make the company’s products stickier,” says Bernstein Research’s Mark Moerdler. He predicts HANA could be a $4.4 billion business by 2015 (it reaped 160 million euros ($212 million) in its first six months, well above its 100 million euro target).

That may sound like a mighty target. At the same time, there are 110,000 companies that today run an Oracle database with an SAP application. HANA, or ASE, or IQ together provide multiple, potentially cheaper alternatives for each of those enterprises. In this way, we are avoiding the mistake our predecessors made.

And SAP is going one further. We and our partners are building hundreds of mobile apps that deliver the right information to the right users at the right time in the right fashion (graphical dashboards that let users drill down with a swipe of a finger). Charite Berlin hospital is already equipping its doctors with a patient dashboard that pulls up real-time data using HANA.

The world has changed. We are drowning in data. Is your current database the best choice for keeping you afloat? There might be a better choice. Without giving anything away about Tuesday, that’s what SAP is delivering.