The pre-DKOM 2012 InnoJam event took place on March 13th and 14th at SAP Labs India in Bangalore. 31 employees from SAP Labs India – and one courageous lady who came all the way from Australia – formed 6 teams who competed for 36 hours non-stop for creating the best solution to a set of challenges on the topic of “Transportation and Hospitality”.

The challenges were provided by the SAP Industry “Transportation & Logistics”, who were on site and acted as topic experts, provided feedback and encouragement and helped judge the final demos and choose the winner.

This InnoJam featured all the traditional elements of the genre: great people coding through the night, an unlimited supply of food, drinks and technology, 6-minute demos of a live prototype that rarely go according to plan, and even a temperamental video projector. Get a feel of what the event was like through this selection of photos. True to the spirit of continuous innovation, this InnoJam introduced an important twist: this was the first InnoJam ever to incorporate Design Thinking (DT), a user-centered design methodology that is gaining strong momentum both inside and outside SAP. Combining DT and InnoJam gives perfect balance to the event: a first day that is low-tech, user-focused and about doing the right thing and a second day that is entirely dedicated to technology, coding and doing things right.

Our head DT guru Lakshman “Lucky” Pachineela Seshadri did a splendid job of introducing the participants to DT and coordinating a group of DT coaches. These “embedded” DT coaches, one for each team, played a key role in getting the teams to apply DT successfully to the challenge handed out to them, effectively holding their hand throughout the entire process. Colorful Post-It notes soon started appearing on white boards, moving around as each team’s thinking evolved, and soon paper prototypes were produced to represent each team’s shared understanding of the challenge at hand and the proposed approach to solving it.

A quick break for dinner, and coding started. Teams were free to use any technology, whether SAP or non-SAP, for implementing their solution within the next 24 hours. Many chose to use the SAP technologies on offer such as SUP, HANA, NetWeaver Neo or SAP BusinessSuite. Experts were available locally to help the teams get started with the technologies they were least familiar with.

The teams addressed challenges such as, for example, “How might we help passengers have a pleasant experience in times of flight disruptions, handling their re-route needs, activities and stay during the delay time?“, with prototypes that often took the shape of mobile applications developed with SUP, sometimes with back-end systems built on SAP Business Suite. The jury was composed of Venkatesh Vaidyanathan from SAP Labs Bangalore, Jens Kappauf from the SAP Industry Transportation & Logistics, and SAP Mentor Raja Durairaj Athavan from Saudi Aramco in Saudi Arabia. 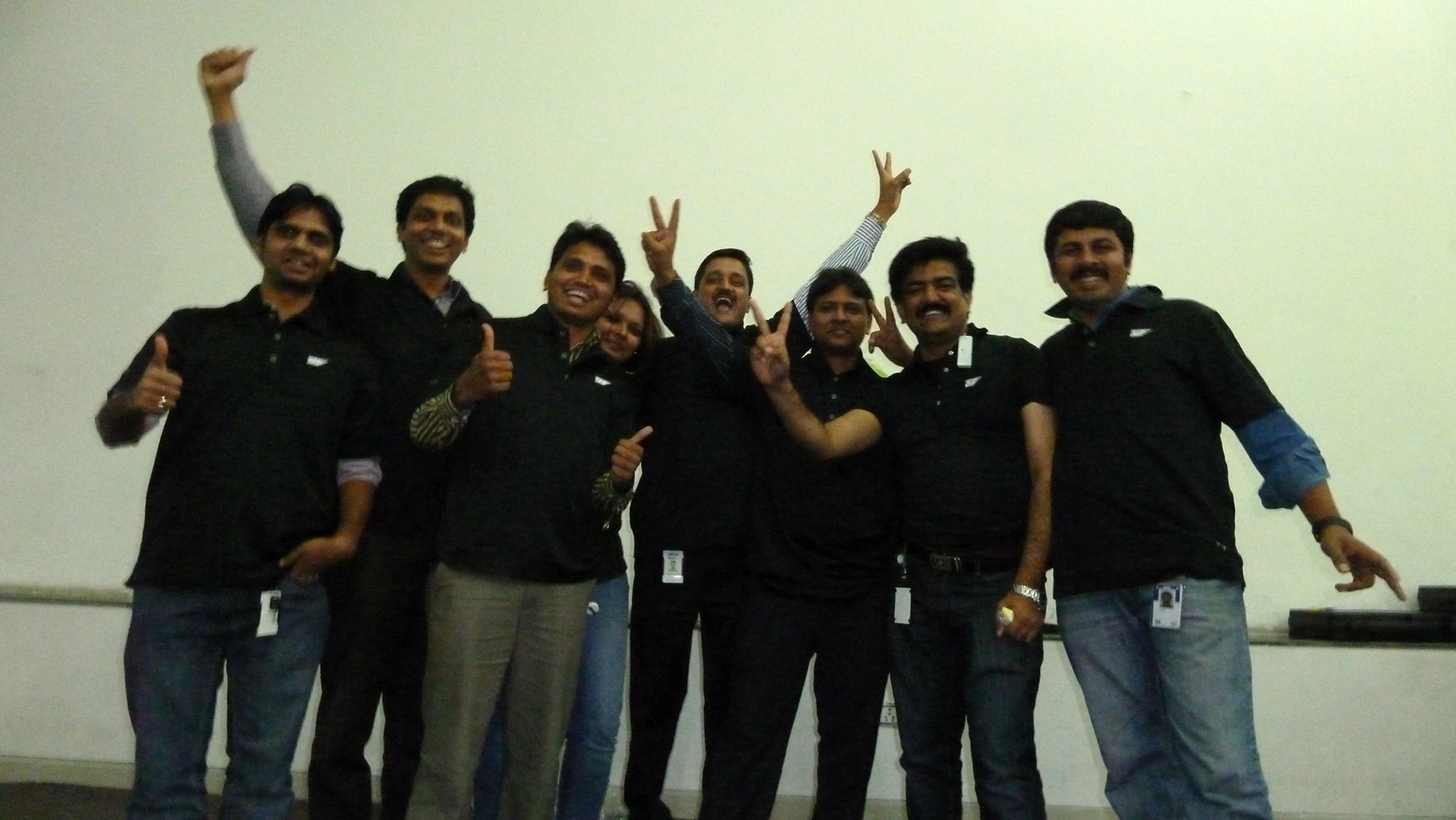 As soon as the InnoJam was over the teams went to take some well-deserved rest EXCEPT the winning team who had to start straight away preparing for their appearance on stage at DKOM DemoJam the day after. They competed againt 4 other demos submitted by other SAP teams who sometimes worked for months on them, and they came in second! Not bad at all for a demo developed in the course of two days and one night!

A big thank you to everyone involved, participants, local support people and organizers, who all donated their time in addition to their everyday workload to make this pre-DKOM 2012 InnoJam in Bangalore a big success! Looking forward to more InnoJams in India!