Our newest moderator spotlight in the series is dedicated to one of a kind Rob Burbank.  Read more to learn from this veteran community man as he shares his stories and experiences! 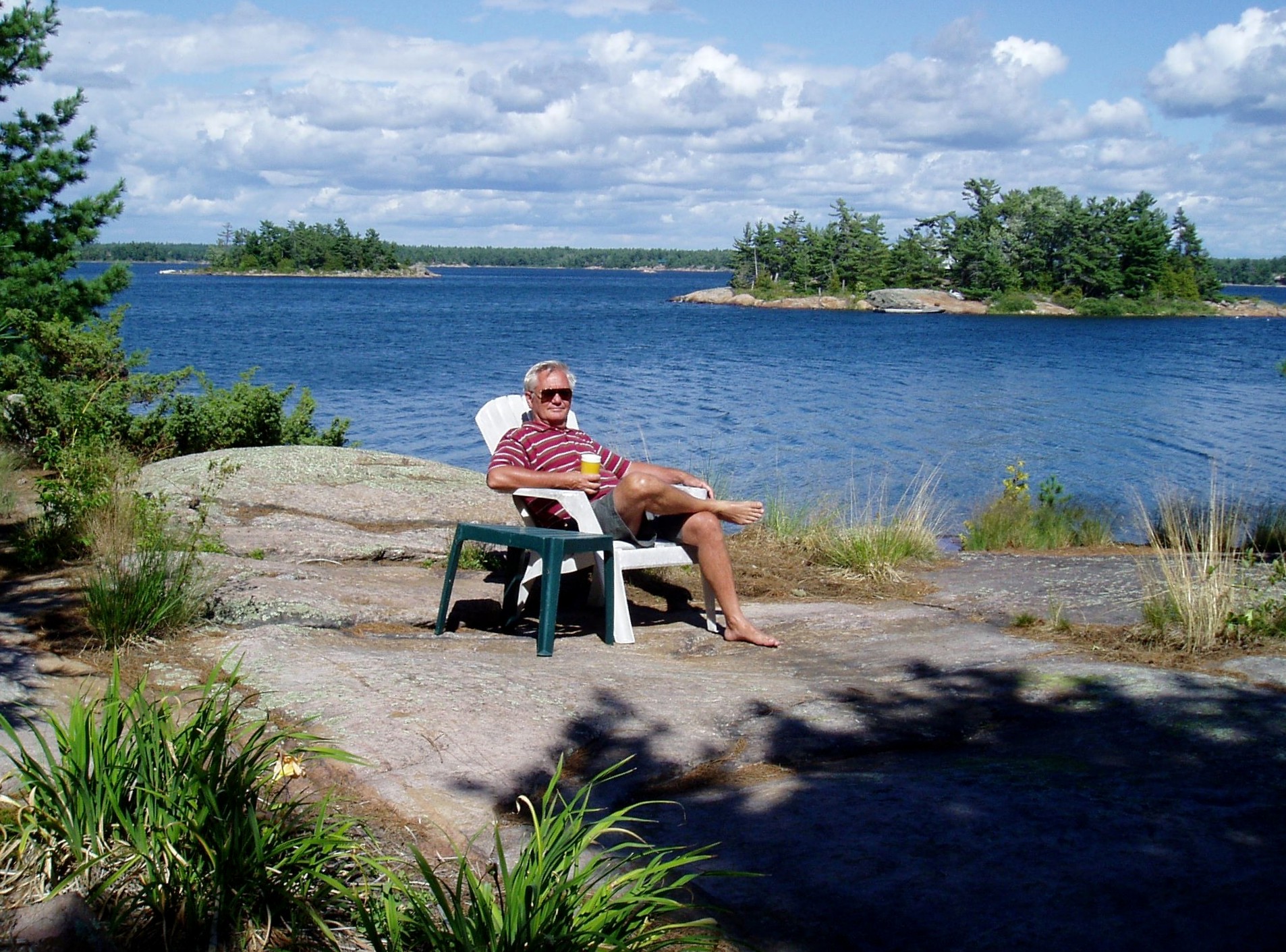 Please share with the Community a bit about yourself: I’m in Toronto and work at the University of Toronto (for the past thirty years). I’ll be retiring at the end of this June. My hobby is Astrophotography. I started out as a PL/1 programmer and moved to ABAP in 1995 when we converted to SAP.

Please tell us a bit about your SAP and SCN history: I joined the SDN community in 2005 right after the SAPFAQ.COM forum disbanded. I had enjoyed helping people solving problems there and looked forward to the same in SDN. Even back then, I was taken aback by the very basic nature of many of the questions.

Moderated topics – ABAP, although I sometimes venture into FI and SD. I’ve been a moderator for three years or so. You asked me to join, but I guess I was nominated by someone else. As a moderator, I pay most of my attention to the ABAP forum and I’m in there basically every day. But I think most other moderators are as well. While there, I’m generally looking at the suitability of the questions rather than trying to answer specific questions. So as time has gone by, my emphasis has changed from helping individuals with their problems to helping the forum with its problems 😉

I had been programming in PL/1 for sixteen or seventeen years when my employer switched to SAP. I had to learn a new language at the age of 48. Now ABAP and PL/1 are similar to some extent but ABAP has many more features. ABAP training, while good, tends to be very quick. The trainer will cover all of the points, but not like in school, where you can sit and talk about the fine points for a while. The point is that I was able to do this and make good use of what I learned. Three or so years ago I took ABAP Objects and have used what I learned there. So while programming may be thought of as a young person’s game, there’s plenty of room for the ‘more experienced’ among us. Actually, I now recall attending some SAP function here in Toronto probably in 1995 or 1996. One of the presentations was on implementing SAP and the advice was “trust the grey hair”.

Could you share what motivates you to be active daily?  I think that what motivates me most is problem solving. It’s what I enjoy most about my work here at the U of T and also in the forums; however, after a time, one finds that the “problems” seem to repeat. It’s hard to stay motivated writing similar reports one after the other or telling someone that using transaction ST05 is a good way to find what tables are used in a transaction or moving the same sorts of posts to the test and playground forum. Sorry – that was a bit of a rant wasn’t it?

How do you get to know newbies: I generally get to know newbies when I move their questions to the T&P forum. Sometimes, they didn’t know or understand forum rules, so I gently try to help them learn about using the forum. Sometimes they get angry and sometimes, I’m afraid that I tend to feed the trolls. (Sorry.) There seem to be different types of newbie. One is professional, probably joined a while ago, asks just a few questions which tend to be good for the community. Another has little SAP training or experience and finds him or herself in a situation he or she can’t deal with or is too lazy to press F1. They cause problems by adding little or nothing new to the forum and seem to use it as a resource (free consulting service); I don’t have a lot of patience with them. I have tried pointing out to some of these members that have asked many questions but not gleaned any forum points that they try to give something back to the community by answering questions themselves. (Advice generally not taken). A third type of newbie is someone who has joined not to ask questions, but to help others. Some of these are quite knowledgeable and give good advice; others don’t seem to know as much and can give bad advice (just delete the offending entries from BSEG). But their hearts are usually in the right place and I try to point out the error without being too harsh. But it’s hard to know how you come across. The last type of newbie is the one who joins to gather points. They come in and give mostly good (or maybe just not too bad) advice, but I have to question their motivation. And I do think that this is wrong. A moderator should look at each post individually and judge it, not the poster. But I do try to keep an eye on them.

Are you in touch with other moderators and if so how? I keep in touch from time to time with Julius Bussche and Thomas Zloch and occasionally with Matt. Conversations tend to be mostly related to the forums – things we don’t necessarily want to discuss in the Moderators forum. I attended one of the moderator round tables and had a chance to actually talk a bit with Thomas. I enjoyed that but was surprised that he talks with a German accent! I never was the brightest light on the Christmas tree.

Do you have another topic that you enjoy on SCN, besides the one you moderate? My favorite off-topic topics tend to be in the coffee corner. Many of the people there are really bright and have things to say that are interesting. Since I work in an FI/FM shop I also pay some attention to the discussions relating to FI.
There don’t seem to be many related to Funds management.

If you could offer one bit of advice to new members or new moderators what would it be and why? Everything we say will live as long as the internet. This is meant for question askers and responders but not really for the moderators – except of course for me. But I try.

Some more advice – consider term limits on moderation. I think there are many members who would like the opportunity to moderate and it might be good to get some new blood in. Retired moderators could still help out in the forum by answering questions but not have the other burdens.

How has the SCN community helped you? The community has helped me by giving me a place where I can talk to like-minded individuals with whom I can have some really good conversations. Before the internet, we all had family, friends and co-workers (and TV). SCN has broadened my horizons.

We’ll miss Rob when he retires but wish him the best! Please join me in thanking Rob for all his years as a dedicated moderator!

it was and still is a pleasure having you around, you will be missed after June, I can tell you that much. However looking at the picture I can understand your motives very well.

Please make sure you move your great blogs into the open, for example

P.S. I will work on my accent, promise 😉

And please don't work on the accent. My daughter recently brought over a friend from Germany. She had learned English in school and had almost no accent. I was a bit disappointed.

Nice discussion. Rob is a terrific & dedicated moderator I have ever seen in SCN. Wish you the best Rob !!

@ Thomas  - "However looking at the picture I can understand your motives very well." - You include a bit of humor in your post's nowadays. Joining JB ? 😉

Thanks for the kind words. It's a lot of work and not everyone appreciates it. 😉

Wishing you the Best, Rob. Over the last few years, you did a great job of moderating and reducing the noise in ABAP forums. ABAP forums will miss you a lot and I guess, you would miss them too, as you are totally attached to them...!

Thanks Naimesh - I've learned a lot from you over the years.

Particularly not to say something can't be done.

Wishing you all the best.  We, new moderators of ABAP development feel privileged to be the part of team comprising of you, Thomas, JB and Matt.  Thanks for providing guidance and being a motivational factor for many of us in the SCN community.

Thanks Gali, for this great blog.

Yes - it's going to be OK in yours and the other capable hands.

Wishing you all the very best. Thanks for your valuable replies, suggestions & guidance.

SCN will miss you...

Hey everybody - I'm not dead yet!

Thanks Rob for your unbeatable and never ending dedication towards making this communtiy more enjoyable and fun to be with. I have personally learnt so many things after answering basic questions during my new days.

I will just say you are most adored moderator around here:)

Don't make him feel too embarassed, or he might decide to quit immediately 😉

Thanks Nabheet - it is all a bit embarassing.

But you make a good point - answereing questions is a really good way to learn. And so long as people don't try to run up their point totals, I've never had a problem with answering simple questions.

I hope there's no chance of that Thomas!! But honestly all these comments just prove what wonderful work Rob has done and that's only what the community knows about 😉 .  Rob also participated in our document moderation pilot and did a lot of behind the scene work too!

(you guys will have to google what it means...)

I think he's really gone now because he hasn't logged in since end of June LOL. May he enjoy his well deserved retirement!

See that chair at the top of the page? That's where I'm at now. (Limited internet access.)

It made my day that you commented here just after Laure has 'officially pronounced you dead' 😀 . I really hope you'll still be around now and then when your limited internet access allows it.

Although I haven't been in touch with your areas of expertise directly, your "newb-guides", like the one thomas mentioned, have helped me a great lot back in 2010 when I first accessed SCN and probably helped me not looking completely daft 😛 . I also enjoyed the jesting in the coffee corner a lot too (hoping it will somehow be reincarnated on the new SCN platform, not giving up hope yet...).

mh... where is your cottage at by the way? It looks idyllic.

You know, Laurie could be right: I could be a zombie (I mean in the classical sense, not the internet sense). Just look at my new "avatar".

Was scrolling through one of my old SCN thread and this name ( Rob Burbank ) struck into my mind.

Because of people ( Raymond , Madhu Rao , Thomas , Matt and many more ) like him only my initial days in SAP was not that tough and time spent in SCN were really very knowledgeable.

I guess Rob is no more active in this forum and its really very saddening.