This is a continuation of Blogs

Payment run will generate files in ECC and those files will be picked up by SAP PI. SAP PI will merge incoming files into one and then it will encrypt the file. Later, PI will fetch encrypted file to send it to bank network.

After this, bank will process the encrypted merge files and it will send the handshake and transactional files to banks out put folder to be fetched by customer. Let’s say, Handshake file as Acknowledgement files and Transactional files as Response files.

Scenario 3: Customer will send dummy files to receive Acknowledgement and Response files from Bank network and then other PI scenario will post decrypted files to SAP BCM.

This scenario doesn’t require any configuration in PI ESR.

In Integration Directory, We need to create 3 Communication Channel of below types.

Receiver: Http Receiver – Http receiver will be used to receive the files coming from bank network due to the service executed.)

Receiver: File Adapter -Once files are received using http receiver, we have to place it in some location for further processing.

Have a look into Communication channel for clear understanding. 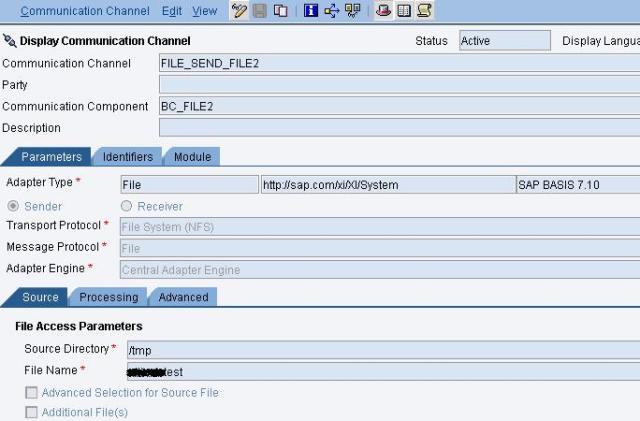 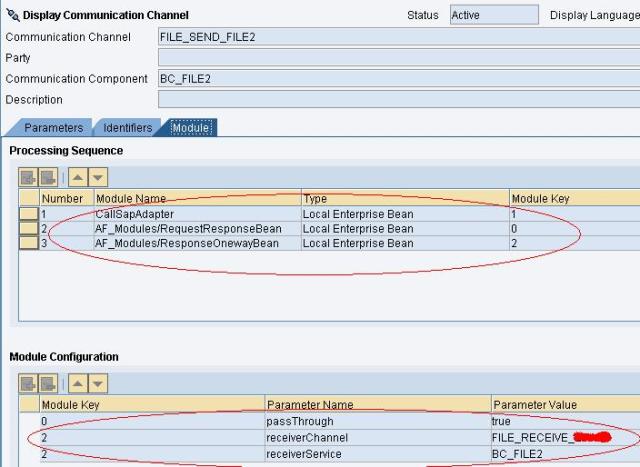 Here in the module tab, we are using standard modules for sending the incoming message to the target location after received by HTTP adapter. These settings in sender File adapter enable it to pass incoming message to next Communication channel without using BPM in ESR.

Next step is to Decrypt incoming data and send it to SAP BCM using SAP PI.

Create Message Mapping and map the fields as per your requirement. 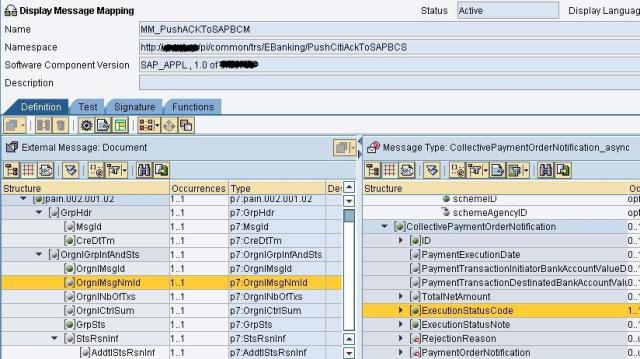 Create Operation Mapping As below,

Create 1 sender communication channel, which will call OS Script for decrypting the incoming message before processing, 1 receiver Channel of type XI Proxy. Create one Sender and Receiver agreement for both channels. Create one Receiver Determination and Interface determination.

This is done with configuration of receiving side. The CollectPaymentOrderNotification service interface will update SAP BCM with the status of the payments sent by customer to Bank.

We can see status messages in Bnk_Moni Transaction in SAP ECC.

Thanks Ashish... I just came across this interesting blog...

Would it be possible to send the messages to the receiver over https?

I just figured out we can add it in sm59 and make it communicate in https...