In a rapidly changing business environment, which is influenced by many factors, it is important for businesses to safeguard against the liabilities caused by the disruption in the supply chain. Thus contract management has not only become ever more important these days, but has been viewed by businesses as one of the most important corporate risk mitigation factors, as such, legal contracts are important part of contract management. 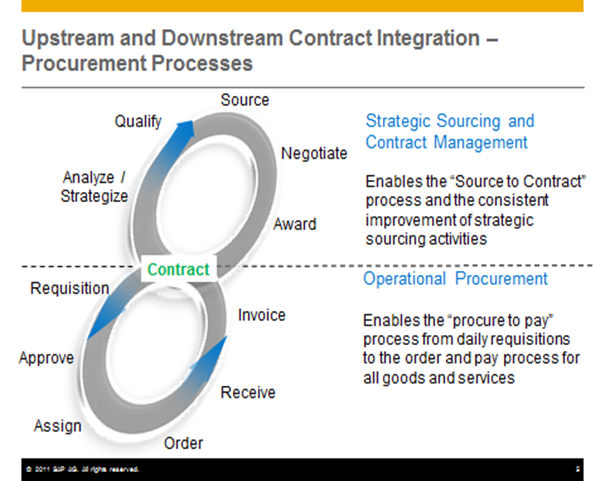 The following benefits can be attributed to the integration between agreements in SAP Sourcing and SAP SRM central contracts:

1.   Brings together the legal contract and operation contract and provides single view of complete contract.

3.   Binds together the upstream strategic sourcing and contract management with downstream operational procurement

This integration assumes that there is common master data between SAP Sourcing and SAP SRM such as materials, suppliers, plants, purchasing organization, etc.. 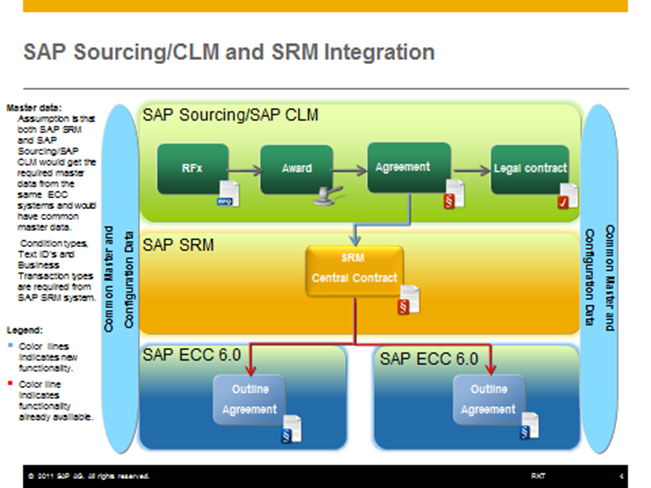 The following section will give you overview of the integration scenarios that are supported in version 9.

This process typically starts in SAP Sourcing with the creation of an RFx, including line items to be sourced. The supplier responses within the RFx can be analyzed and during awarding an agreement can be created which includes negotiated prices for line items along with other terms and conditions.

In this scenario, changes can be done in the agreement in SAP Sourcing and can send updates to central contract. Changing central contract directly in SAP SRM will be not possible. 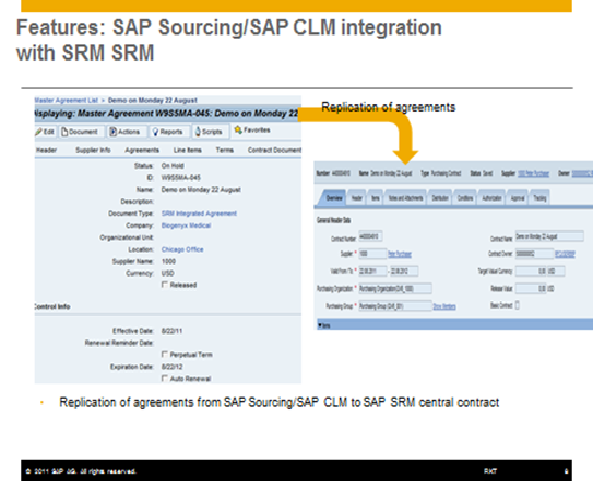 This scenario is important for procurement of complex materials, services and large contracts. 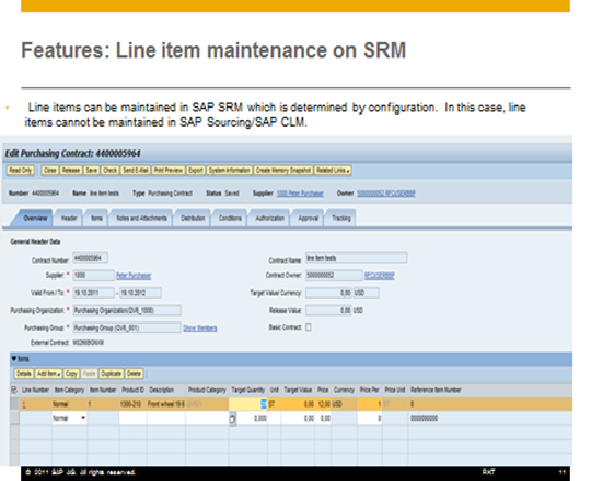 With version 9, SAP Sourcing supports importing materials from multiple ERP systems and include them in a single sourcing document, which enables central sourcing of strategic materials by global purchasing organization. This helps in efficient execution of the corporate strategy centrally by responsible single global purchasing organization. This also helps combining the requisitions from different subsidiaries and gain tactical advantage for better negotiation. 2.   SAP PI/XI is required for this integration

3.   This integration requires an add-on installation in SAP SRM

For additional information on other new capabilities in SAP Sourcing version 9.0, please refer to the following blogs:

If you are interested in ramp-up for version 9.0 please do contact David Wong (david.wong@sap.com) or Frank Neumann (f.neumann@sap.com).

I would like to invite your comments on how you and your organization can benefit from this functionality.