So with BI 4 Feature Pack 3 now in ramp-up, I thought I would pull together all my feature pack 3 blogs and provide a high level summary, based on the many webcasts I have attended.  Note as all the blogs have stated, things are subject to change and the usual disclaimer applies.  As some of these sessions dated back to August 2011, please note that not features may be there in the ramp-up version. 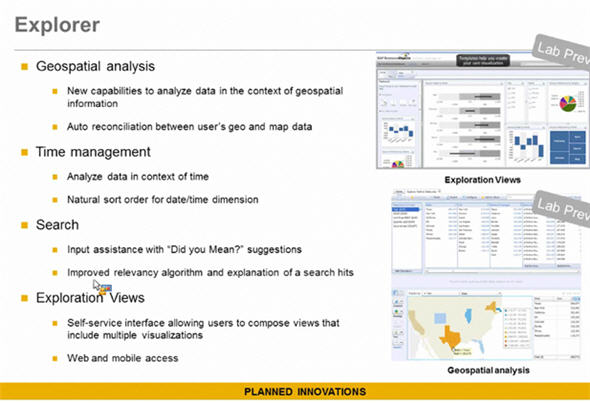 Figure 2 shows the StreamWork integration with the BI launch pad. Figure 3 covers Crystal for Enterprise and one key new feature is the Report to Report Interface. 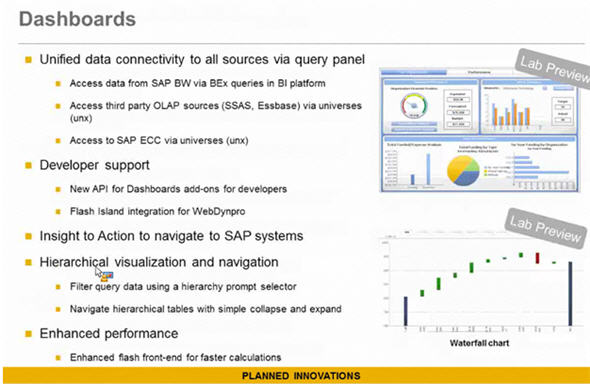 Figure 4 shows Feature Pack 3 enhancements for Dashboards, featuring the unified query support.  SAP says “Insight to Action” allows closing the loop on a business process from a BI client to an external target.  This feature is available for Crystal and Dashboards in Feature Pack 3. 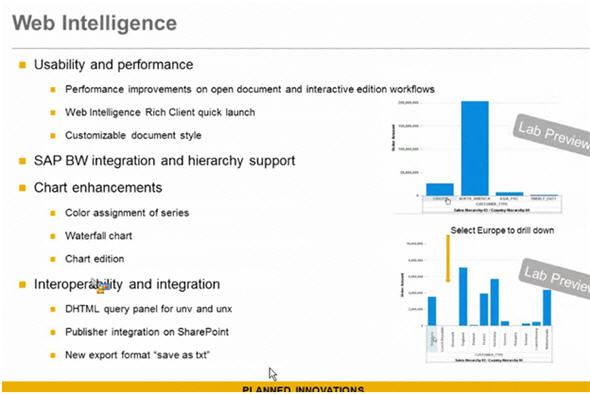 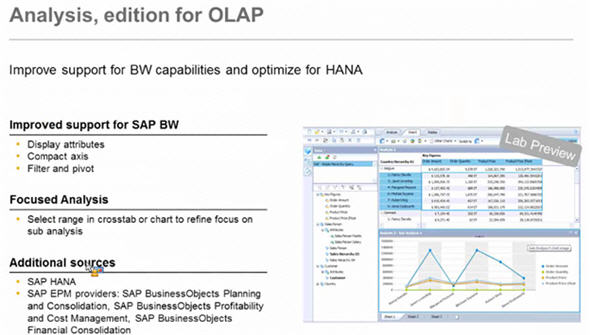 I am skipping Analysis Office, as it is platform independent and not reliant on a BI platform. Figure 7 shows HANA optimization, and probably the best feature for ERP customers is the ability to access ECC via the semantic layer. 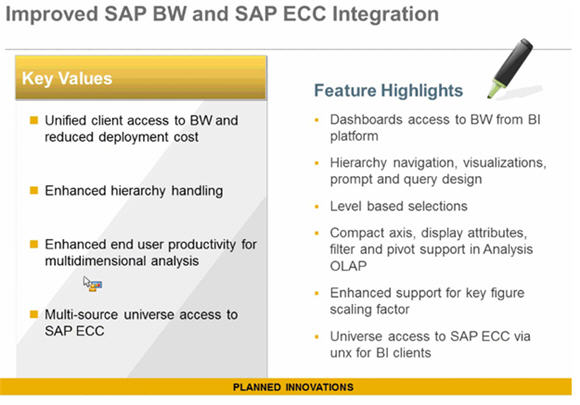 Multi-source universe access to SAP ECC should be interesting. 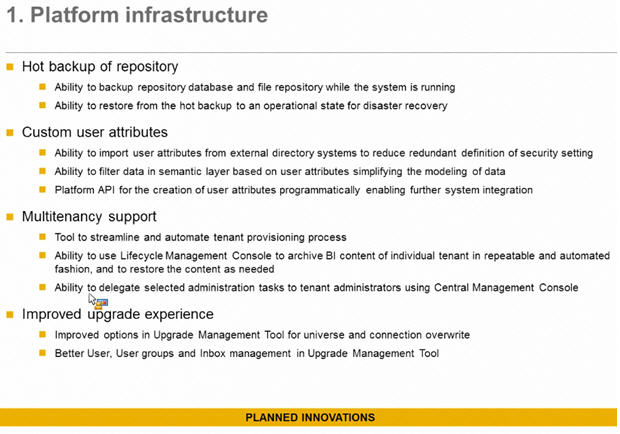 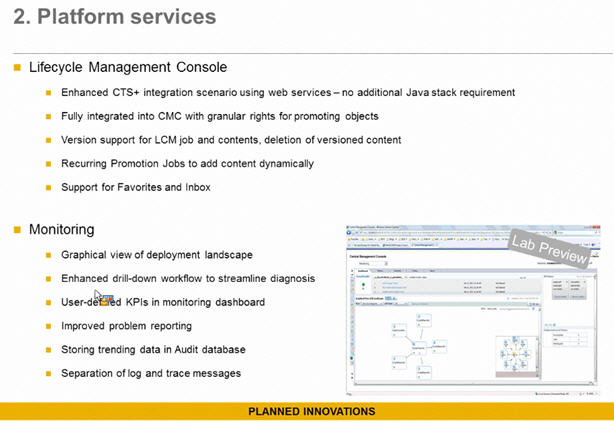 Figure 10 shows improvements in Life Cycle Management and monitoring.  ASUG has an upcoming webcast to cover these Feature Pack 3 enhancements in more detail. 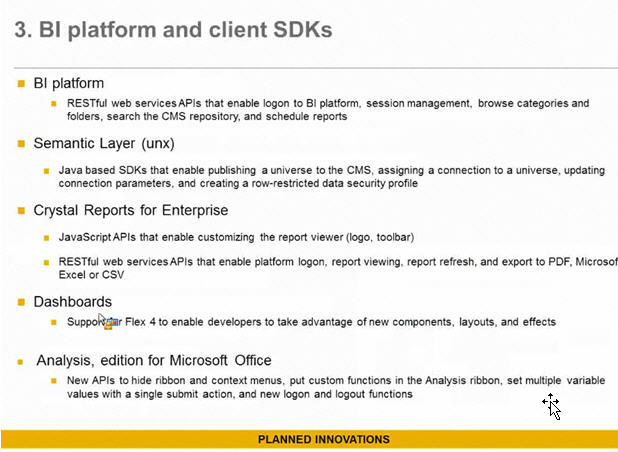 Figure 11 shows improvements in SDK.  This was discussed at BI 2012 and ASUG has an upcoming webcast on this to cover this in more detail. 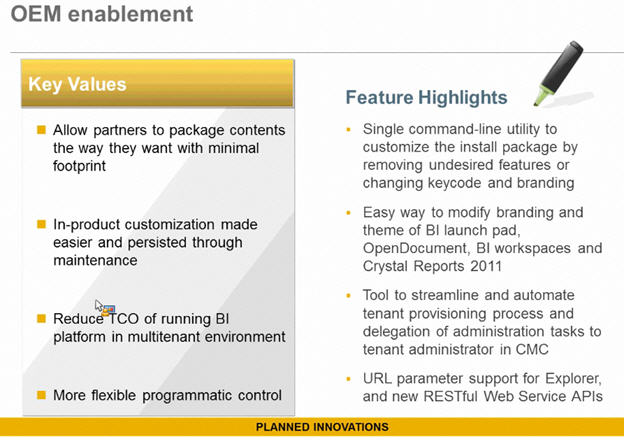 As all the webcasts stated, things were subject to change, and many of these took place last year.

If you are interested in more future directions past enhancement package 3, I encourage you to attend ASUG Annual Conference, where SAP is giving an ASUG session titled “The Future of Business Intelligence”, with SAP’s Ty Miller.

– a review by Gary Hooker says “It is a no-brainer – just get it. It will save you heaps of time and effort!” – I completely agree!

Also, Ingo will be giving a full day hands on session on the BI 4 Feature Pack 3 tools on May 13 at an ASUG Annual Conference pre-conference session.  See here for more information and register today!

I thank all the SAP speakers for sharing their time and information.