The 2012 Mobile World Congress is now in the history books. All of the 60,000+ delegates have returned home with renewed excitement about this multi-trillion dollar industry and the energy generated at this annual ritual of the mobile industry.

For 2012, there was significant MWC chatter around three-letter technology abbreviations: LTE, NFC, RCS, and OTT. For all of these subjects, I and my colleagues could write books; however, today I want to focus more on LTE and OTT. 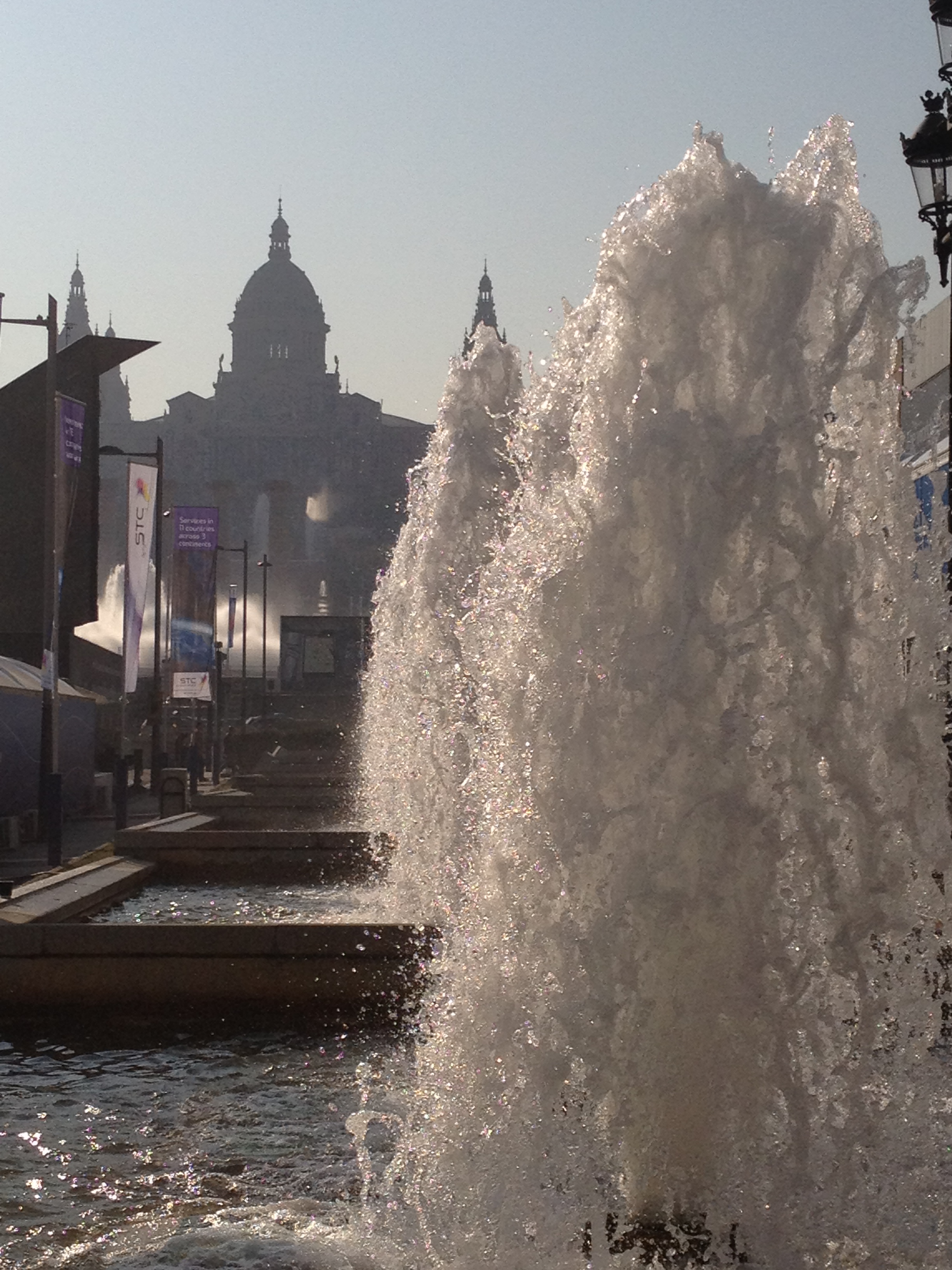 For those readers who have never attended a Mobile World Congress, but maybe have attended smaller trade shows or the spring CTIA shows, each and every one seems to generate energy around two or three key issues. For me it was LTE and OTT. Perhaps it is because we provide services around all these services; or perhaps because everywhere you turn, there are companies promoting their own products around supporting LTE roll-out. LTE is designed to enable a wide variety of applications, but a key benefit is to better enable richer multi-media services such as RCS. In fact, and especially in the European markets, RCS can be a clear differentiator for many operators to “take back the subscribers” from the grips of various OTT services. Offering integrated contact lists, rich P2P communications, such as presence-based messaging, voice calling (including VoLTE!) enriched with video and images, RCS will help operators fully realize the benefits of their new LTE networks.

It was clear, from the new GSMA brand joyn (for soon-to-be launched RCSe services) announcement and several operator CEO presentations that the mobile operators are working very hard to take back the subscriber with superior products and services. The GSMA says that “joyn makes everyday mobile to mobile communications more engaging.” 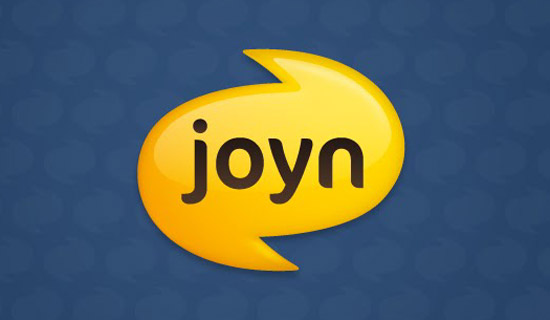 They also say: “It’s just there, it just works.” In future blogs, we’ll talk more about RCS, what it looks like, how it works and where it is going.

The “It’s just there, it just works” quote reminds me of a similar quote from a certain fruit-inspired company, who, as I write this will be launching a new iPad, tomorrow. Let me go on a limb here and make a prediction: I predict that the new iPad 3 will not support LTE. I think, at this point, Apple would rather wait for further operator deployments (various sources agree that over 120 LTE networks operational by end of 2012). Still, if the iPad 3 does happen to support LTE, and I don’t think it will, that would be a huge catalyst to get operators moving even faster (not withstanding multi-band support from many other OEM devices: Samsung, LTE, and HTC to name a few). Otherwise, I would like to note that HSPA+ is quite fast these days. My real life experiences (via SpeedTest.net), both in Barcelona and in my home areas of Virginia now give me in excess of 6 Mbits/sec download speeds. Addtionally, LTE networks are still too fragmented in terms of frequency bands – an Apple LTE supported device would have to be targeted for certain regions, possibly supporting three groups of frequency bands at minimum. But, later in the year, as the LTE picture starts to further materialize, as more multi-band LTE chip sets are available, then let’s see what the new iPhone 5 (or whatever it is to be called) will do. I think there will be more than a realistic chance of an iPhone 5 LTE support.

In the coming weeks, I will be following up with a more technical focused blog entry around LTE Roaming and technology.

Finally, I’m reprinting my MWC Daily article (appeared in Wednesday, February 29th issue), that addresses OTT impacts. I wrote this to a non-USA mobile industry audience, as the North American market players are now quite familiar with our own brand of OTT services – it’s different in Europe and other parts of the world, and very concerning to many.

In the last 2 years, new, potentially disruptive Over-The-Top Messaging service providers have emerged in the North American marketplace. These OTT messaging providers, unlike mobile network operators who provide services across mobile networks, are not affiliated with any specific mobile network operator (they are not a Common Mobile Radio Service or CMRS operator). Instead, the service runs “over the top” of an existing broadband service. We coined the term “NUVO” to describe them.

A common NUVO attribute is that the service requires a new ITU E.164 style telephone number. The telephone number is typically assigned to each user or subscriber, who can then interact with others via mobile-style messaging, through voice calls or video calls. Another common NUVO attribute is that they try to interoperate with the existing messaging, video or voice ecosystem.

In 2010 and 2011, NUVOs’ scope and influence grew considerably in the United States and Canada with subscriber estimates numbering between 15 to 20 million. Monthly message traffic now exceeds 5 billion messages per month to and from the Mobile Operators alone helping the overall messaging market to continue to show growth.

For this mixed messaging ecosystem to be successful there must be a variety of checks and balances in place, such that all participants respect the long established rules of the messaging ecosystem. Most of the larger, more established NUVOs “play by the rules” and are very diligent about maintaining a robust messaging ecosystem. Messaging hubs like Sybase 365 work hard to guard the messaging ecosystem against those that would take advantage of the tremendous subscriber reach through SMS. Messaging hubs must be diligent against SPAM, as well as A2P style messaging that may attempt to pollute a strictly Person-to-Person (P2P) ecosystem. Service providers that do engage in A2P-style messaging activity within the P2P ecosystem may be subject to remedies such as traffic blocking, and reclassification as an A2P provider.. Furthermore, in the United States, the CTIA organization took steps in 2011 to establish a new set of Inter-operator SMS Guidelines to include “non-CMRS” service providers. These guidelines not only apply to app-based service providers, but also fixed-line providers such as cable television & network providers who can supply SMS capabilities to their fixed line subscribers. The new CTIA Guidelines provide a variety of basic ground rules with which non-CMRS providers must comply, further guidelines for messaging hub providers, and remedies to deal with those players who insist on operating outside of the norms for legitimate person-to-person SMS.

It is important to note that the NUVO category does not include non-SMS interoperable service providers such as WhatsApp or Kik, whose services require all subscribers to their closed messaging ecosystem to download a proprietary app to their device. Those service providers do not interoperate with other messaging communities or mobile subscribers through SMS. In a way, they are very much new Instant Messaging (IM) communities, further adding to the fragmentation of that space.

Recently, KPN in the Netherlands and other operators have reported their overall SMS traffic and revenues have declined, due in part to non-SMS interoperable OTT messaging providers (WhatsApp was specifically mentioned). In the US and Canada, the NUVOs have chosen to inter-operate with the domestic SMS ecosystem via the messaging hub providers. In other intra-country markets, that is not the case – messaging hub providers only being used for international interoperability. Additionally, as noted earlier, NUVOs require standardized telephone numbers, which are more easily obtained in the United States and Canada. In many markets dominated by GSM operators, domestic SMS is strictly accomplished through direct-SS7-based connectivity between GSM operators. This completely leaves out the millions of devices that are connected, but cannot interoperate with this GSM-only SMS ecosystem. This set-up may have given rise to a situation with unintended consequences. The users of these OTT apps and devices are forced to turn to other non-interoperable solutions. Consequently, the market gap for free (or very low-cost) messaging is being filled by alternate providers such as WhatsApp.

We should also note that there will be some MNO message cannibalization by such services as iOS5 iMessage, which goes over-the-top as well – but this service is only for iOS5 devices. iMessage uses standard SMS when exchanging messages with iOS5 devices that have opted out of iMessage, non-iOS5 or non-iOS devices.

NUVOs are appealing to a variety of subscriber demographics. Most NUVOs offer a basic or complete service for free, subsidized by targeted advertising within the service. This model has worked quite well, as many NUVOs are profitable or close to being profitable. Additionally, a NUVO and its subscribers are somewhat like a social network. Within this network of users is a common platform – the app that each subscriber uses to engage with other NUVO subscribers or subscribers of other entities through standard SMS messaging. A NUVO with 10 million subscribers, all using the same app for messaging and voice or other P2P services can lead to an almost unlimited number of creative capabilities to engage these subscribers.

The NUVO market is becoming an awakening force in North America and there are a few NUVOs taking tentative steps in Western Europe. As long as these new service providers are responsible citizens (not purveyors of spam, for instance) and they provide interoperability with the existing SMS messaging ecosystem, there is a good chance that they will successfully coexist with MNOs and by expanding the range of devices that can be messaging enabled, they will serve to increase the number of connected subscribers, increase messaging traffic and thus benefit all participants in the messaging ecosystem – subscribers, NUVOs, and Mobile Operators.