When looking at your screen, you will probably see the user interface with a white background and mainly black characters and lines on it. Users who have extreme light sensitivity or photophobia will experience difficulties with this kind of view. For these users, looking at a screen display with a white background feels like looking into a dazzling spotlight, and they will have difficulty in recognizing any details on the screen. Such users usually prefer a screen display with a dark background color with bright characters and lines on it. In fact, these users do not simply “prefer” a screen display with dark background but actually require it in order to see the details on the screen.

What is High Contrast Black?

The most well-known screen view with dark background and white characters is the High Contrast Black view. This view has the following characteristics:

The Outline includes the shape as well as the characteristic lines.

Based on our extensive research, the SAP Accessibility Competence Center has come to the conclusion that the High Contrast Black display is favored among visually impaired users who have to adjust the colors of the user interface to their own needs. The High Contrast Black view is not only used by users who are extremely light-sensitive but also by many users with severe visual impairments, as it enables them to see the text and UI elements better and faster.

There are three fundamental methods to obtain a view with a black background and white foreground. The first is to modify the single colors in the (default) theme, the second is to select a predefined High Contrast Black theme, and the third is to use color inversion. The first and second methods can also be combined.

When we designed the High Contrast Black theme, we considered the enhanced contrast requirement of the Web Content Accessibility Guidelines (WCAG) 2.0:

1.4.6 Contrast (Enhanced): The visual presentation of text and images of text has a contrast ratio of at least 7:1, except for the following: (Level AAA)

We also considered the following aspects for the High Contrast Black theme:

A big challenge in designing a High Contrast Black theme was to find good background colors for different kinds of selection. While it might appear easy to set the background to black and the foreground to white, it is in fact difficult to find background colors for selection that meet a contrast ratio of 7:1 to white foreground and 2.5:1 to surrounding black background while at the same time serving all kinds of color deficiencies. After intensive exploration we chose the following colors:

The number stands for the RGB values in hexadecimals. These three colors look a little “dirty” with the advantage being that they differ in red, green, and blue values and can therefore be recognized by people with protanopia, deuteranopia, and tritanopia. These colors are used in SAP GUI for Windows as background colors in different contexts:

The following screenshot shows a table with different background colors. The focused field has a black background and white characters so that it can be perceived best by the user.

The next screenshot shows read-only fields with neutral gray (#585858). It also shows the hover color for mouse over on a button.

How Do I Activate this High Contrast Black Theme?

One way to get this High Contrast Black theme in SAP GUI for Windows is the following: 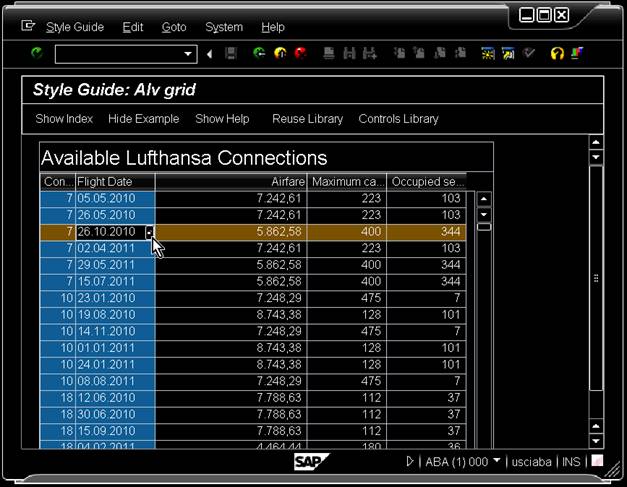 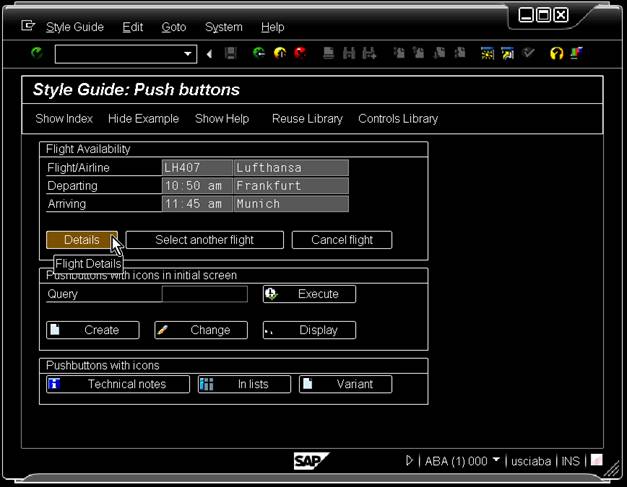