More Than Rumor Has It: Social Media Can Wreak Havoc on the Market

“North Korea’s biggest leader Kim Jung Un, this morning in Beijing time 2:45 a.m., had his residence broken into and was assassinated,” a social media message from China stated last week. “Vehicles are rapidly increasing in number … this sort of battle formation hasn’t been seen in over two years.” 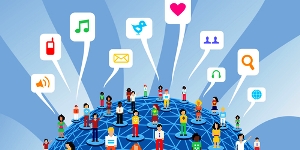 This rumor, and at least one other like it, blasted across microblogging site Weibo before wafting over to its U.S. equivalent, Twitter. Western media skeptically picked up the story, which it later discredited. But rumors such as these can burst a rising market and sink investor confidence.

And a rumor’s effect can intensify based on the stock’s geography and industry.

Take South Korea, which is ever vigilant for any sign of danger emanating above the 38th parallel from its neighbor, North Korea. Bogus reports of assassinations, invasions and the like in North Korea frequently terrorize South Korea’s stocks and its index, the KOSPI. Rumor of a fallacious blast at a North Korean nuclear reactor tripped the KOSPI down 10 points last month.

For scale, the KOSPI fell almost 65 points, or 3.43 percent, on legitimate reports of Kim Jung Il’s death in December. This demonstrates how powerful real news — and well-placed, believable rumors — can be. 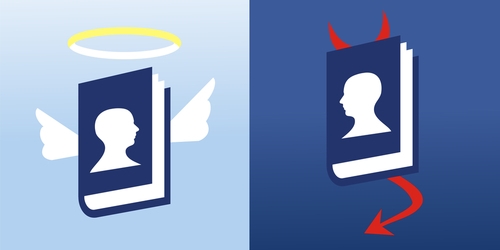 Sites such as Inside IPO track rumors of high-tech initial public offerings. And what discussion of rumors in social media would be complete without a mention of social network Facebook?

“The rumors came out very early and are reportedly based on sources close to the Facebook IPO planning process,” anInside IPO post last month stated. “The $100 billion number may have come out too early in the process to be realistic, and now Facebook has to manage its IPO in the context of leaks it couldn’t control.”

Buy on rumor, sell on news. It is easy to say, but difficult to do. After all, many people (consumers, investors and otherwise) don’t take time to distinguish between fact and rumor, especially in a digital age when both travel quickly online andsocial media sentiment can drive an instrument price.

“If it is rumored that a company is about to fail, stockholders might well be frightened, and they might sell,” Cass R. Sunstein wrote in On Rumors: How Falsehoods Spread, Why We Believe Them, What Can Be Done. “It should not be entirely surprising that the Securities and Exchange Commission has taken a keen interest in the pernicious effects of false rumors, and that New York has made it a crime to circulate false rumors about the financial status of banks.”

My last post discussed how companies use this technology to maintain control of their image, and even fight back. Sustein’s book tells us that overcoming an entrenched rumor can be extremely difficult, and Jorge Yui of IBM Global Business Services studied some of those challenges.

“Reputation management in the financial services industry already faced significant challenges as a result of the growth of social media but the risks have been amplified by the 2008 banking crisis,” Yui wrote in his study Social media and Brand Reputation in the Financial Services Sector. “Many of us share ideas and opinions freely on blogs and Wikipedia or by leaving a comment on innumerable websites in ways we couldn’t have imagined just a few years ago.”

Shooting Down the Breeze

But there is hope for the capital markets industry. Market monitoring will someday include analyzing unstructured data from social media sites to maintain a watchful eye over trading conditions of the firm’s instruments. 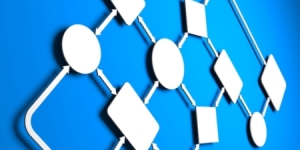 “We are beginning to see a few organizations develop algo switches,” Sybase’s Stuart Grant wrote in his cover article for the quarterly Financial Services Viewpoint. These tools offer firms “the ability to switch a range of algorithmic trading models in and out of the market based on predictive analysis of whether the current and near-future market conditions are suitable for each algo.”

Social media attuned traders could help switch to the appropriate algorithm. When the technology to gauge social media sentiment does develop, firms can use the knowledge gleaned from such unstructured data to perfect their predictive analytics, switching their algorithmic trading models as rumors help to buoy or sink an instruments price.

But just as it is up to the human derivative trader to start a rumor that sends a stock price tumbling, it should ultimately be up to a person on the trading desk to examine the data, evaluate the risk and decide what to do.

You are right in saying that it is ultimately the trader at the desk who has to check on the market sentiments.

I would like to see a tool like this in sometime future and in fact have a market risk parameter social networking index.

What is your feel on this?

Derek Klobucher
Blog Post Author
February 15, 2012 at 1:34 pm
Thanks for the comment, Ravi. Market sentiment analysis technology would be wonderful -- with a human at the helm, of course.

How is your analysis working for you so far? Are you considering algo switches?