The gamification of Demo Jam

The Demo Jam is a very powerful event at SAP TechEd to show latest innovations by customers, partners and SAP. No sales pitch allowed. No powerpoints or prezis. Just your demo and a timer set at 6 minutes. I even remember some teams doing live coding on stage.

The last few years a lot is said on the Demo Jam event. It has become a marketing event for SAP, the rules of the game have been changed, it’s only SAP on stage, … Maybe you can recall the lively twitter stream during and after last year’s Demo Jam. Thorsten Franz already wrote a great blog on the On Genuine Demo Jam Awesomeness and he refers to another great blog by Michael Koch, What Is Wrong With SAP TechEd Demo Jam 2009.

Please allow me to share some thoughts on the Demo Jam as well.

What makes Demo Jam so great?

The Gamification of Demo Jam

We’re all talking a lot about the gamification of SAP, why not do the same with the Demo Jam. The Gamification of Demo Jam. Open up the event! Bring it back to the community!

Don’t get me wrong, I really look forward to the Demo Jam in the SAP TechEd agenda. But I hope to see more SDN community participants on stage. Let’s not forget that participating is fun!

At least that’s what we (André Stuij, Bas Bach and I) experienced while preparing ourselves for the 2010 entry. We didn’t get selected for SAP TechEd, but fortunately we were able to do ‘our show’ at the VNSG (Dutch User Group Conference) in April 2011. We ended up second, right after a team that showed Momentum (now called Work Order Mobile) on the iPad. And yes we felt bad about that, losing from a commercial available product.

But let’s stop whining about these results, please laugh along with me when I replay the BPM trains Demo Jam entry: 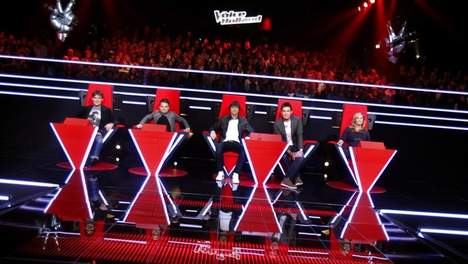