A startup guy, Chris Dixon, recently wrote this Aspergers-tinged tweet: “The worst app on my iPhone is this thing called “Phone” where you have to speak synchronously with other humans.”

I use my iPhone incessantly for everything except talking on it. In the last 3 months, I only spent an average of 5 minutes per day actually speaking on my iPhone. Meanwhile, I sent and received many hundreds of e-mails, instant messages and SMS text messages.

This is one thing, by the way, that futurists have constantly gotten wrong. Just because the telephone was invented after the pen doesn’t mean that we want enhanced ways to talk to each other, i.e. the videophone. Turns out that given the choice, we prefer faster and more convenient ways to write to each other. Think of how our sci-fi shows would be different if they knew what we know now. 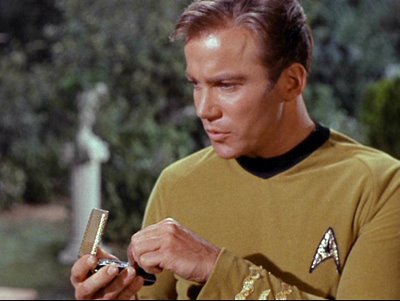 My 8-year-old son wants to buy an iPod touch for himself with his Chinese New Year money. And I’m thinking of getting my wife an iPod touch as an adjunct to her Verizon cellphone, rather than switching her to an iPhone.

Like me, she is app-crazy-but-talk-little. Sure, she would have to carry one extra device, but the savings are huge (about $1,200 over two years), as she is on the $30/month Nationwide 65 plan for seniors (note: you too can get this plan if you threaten convincingly to leave for a pay-as-you-go carrier).

Anyone on any sort of budget should weigh the same choice and strongly consider an iPod touch over an iPhone. About 90 million iPod touch owners – almost double the 55 million iPad owners – would agree.

(My estimate, by the way, is based on an Apple filing revealed last April, and   adding up shipments in Apple’s subsequent quarterly filings, including 15.4 million iPod touches sold in its most recent quarter. Here’s how they compare with the iPhone, of which about 182.5 million have sold.  See the chart below.)

Indeed, most people could save 55% ($1,000 versus $2,200 over two years) by getting the combination of an iPod touch + cellphone instead of an iPhone. If they skip the cellphone entirely, they would save about 91%.

And they wouldn’t miss out on much. Want to text? Try WhatsApp. Want to talk? Try Fring, Talkatone, Line2, or Skype.

Granted, there are disadvantages. The lack of 3G connectivity means that the iPod touch is no anytime, anywhere device. That’s Apple’s first big favor to the wireless carriers, and it’ll never change. The second way Apple favors the iPhone is by keeping the iPod touch one upgrade behind the iPhone. So the current iPod Touch 4th generation uses the single-core A4 processor that the prior-generation iPhone 4 does.

When should companies choose iPod over iPhone?

The prospect of saving 90% has many companies and universities making the thriftier choice.  The University of Virginia, Fairfax County Public Schools, Abilene Christian University, Boise State University, Bowdoin University, and the Pentagon are among the institutions that are using iPod touches.

The most impressive deployments I’ve heard of include Kearns High School in Utah, where all 1,600 students are using them, and Sears, which is deploying 11,000 iPod Touches (along with 5,000 iPads) to department store salespeople to help them look up inventory and customer orders.

So in what scenarios does an iPod touch make more sense than an iPhone for your company?

1) If your company is extremely cost-conscious. As I said before, choosing an iPod touch over an iPhone results in 91% savings over two years. And what company isn’t cost-conscious these days?

2) For workers that are relatively immobile. Obviously, field service workers and salespeople need anytime, anywhere access to data and apps. But for companies that want to grant mainstream knowledge and office workers access to the sales analytics, HR and workflow apps, wi-fi access could suffice. Companies or schools that have built strong wi-fi connectivity on their campuses would be great candidates.

3) For companies that have flexible employee expense reporting. Low-cost or free wi-fi access continues to grow – think of Starbucks, with its thousands and thousands of locations, or the Google-sponsored access at many airports. But when employees are in dire need of checking their e-mail, they should be allowed to sign up for an ad hoc pass with Boingo with no fear that they’ll be hassled by someone in accounting over it.

For companies that want to track or cap employee spending on Wi-Fi passes, they can use Mobile Device Management (MDM) software like Sybase’s own Afaria to do this Telecom Expense Management.

I had thought about listing no. 4 as “For companies that worry about shocking data roaming bills.” Because turning off cellular data will guarantee that there won’t be any surprises.

On the other hand, a heavyhanded tactic like that will also guarantee that some high-level exec will angrily call your IT manager at 3 am because he or she can’t check their e-mail or voice messages while overseas. Rather, companies that want to stick with iPhones should plan on using MDM or TEM software to track/cap data roaming costs.