If Theyre Happy and They Tweet It, Buy the Stock

There’s nothing revolutionary about gauging consumer opinion, except when you use social media to help. Incorporating properly distilled data from the likes of Twitter and LinkedIn offers investors access to an exponentially broader slice of the population. 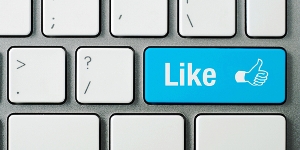 Imagine going from a survey of hundreds or thousands of people to analyzing data volunteered by millions. It’s like an aggregator on steroids. And that is revolutionary.

“Including this mood information leads to higher accuracy,” computational social scientist Johan Bollen told Wired following the study. “We’re presuming on the basis of what we found, if you have some kind of super-duper algorithm and you add our time series, its accuracy will go up.”

And go up it has — at least once. A hedge fund with London-based Derwent Capital Markets beat the market last summer by tallying and categorizing keywords found on Twitter such as “alert,” “happy” and “vital,” according to The Atlantic Wire.

Drilling Down to Individual Stocks

Derwent’s approach reflects a technology in its infancy. It doesn’t try to figure out why the tweets are positive or negative. That makes it suitable only for trading broad market indices such as the Dow.

And tracking social networks still isn’t the best way to predict an individual company’s stock moves. That requires traditional vigilance over SEC filings, the CEO’s state of mind and impending scandals because most social media users don’t brag about their high-performing stocks on Facebook or Tweet about their latest bargain equity.

But they do jabber at length (pun intended) about consumer products via blogs and YouTube, not to mention exposure on Flickr. That opens the door to sophisticated indirect sentiment analysis that may someday predict swings in individual stock prices. 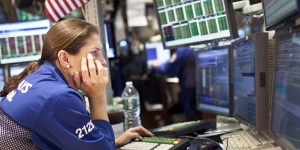 Market sentiment gleaned from examined social media is not yet a crucial variable in the trading equation, as my fellow Trading & Risk Technology blogger Neil McGovern pointed out to tech blog ReadWriteWeb last week. The high price of this nascent analytical technology may be a tough pill for many firms to swallow, but they ignore this type of input at their own detriment.

“Stocks can go up 5 percent or 10 percent [in one] day, which … can often be because of rumors in the market,” McGovern said. “This [technology] seems to make sense to people in the markets as a way to be able to tap into those rumors and help their short-term trading strategies.”

Monitoring social networks can also spot patterns among seemingly random events, which in turn can expose fraud. Deploying a platform with the right mix of analytical technologies offers firms the ability to uncover market manipulation and respond accordingly.

“[If the technology] is too far off for trading, maybe we would want to look at social media for risk management,” Peter Van Kleef, managing director at Starnberg, Germany-based consultancy Lakeview Capital Market Services told CNBC.com last week. “If we can just find a couple of those time bombs before they go off, we can reduce our exposure to them.”

That means climbing mountains of unstructured data; and social media tracking technology is still learning how to walk. But early adopters are already breaking in their boots, likely to work out the bugs to reap the juiciest data — and create formidable buddy lists along the way.

Even if capital markets firms don’t take up social media tracking en masse, many companies have already started tracking themselves. Facebook, blogs and discussion groups are a few ways that an enterprise can manage its image online.

This image management has evolved from individuals monitoring the Web to automated reports to real-time aware businesses. And it represents a tremendous opportunity for capital markets firms to develop this technology in parallel.

So whether starting small with risk or going big with trade modeling, this is a budding technology with a lot of promise. As we have seen time and time again, failure to adapt soon enough could turn even today’s mightiest firm into the MySpace of trading tomorrow.