Does IBM Have the Largest Apple Deployment in the World? 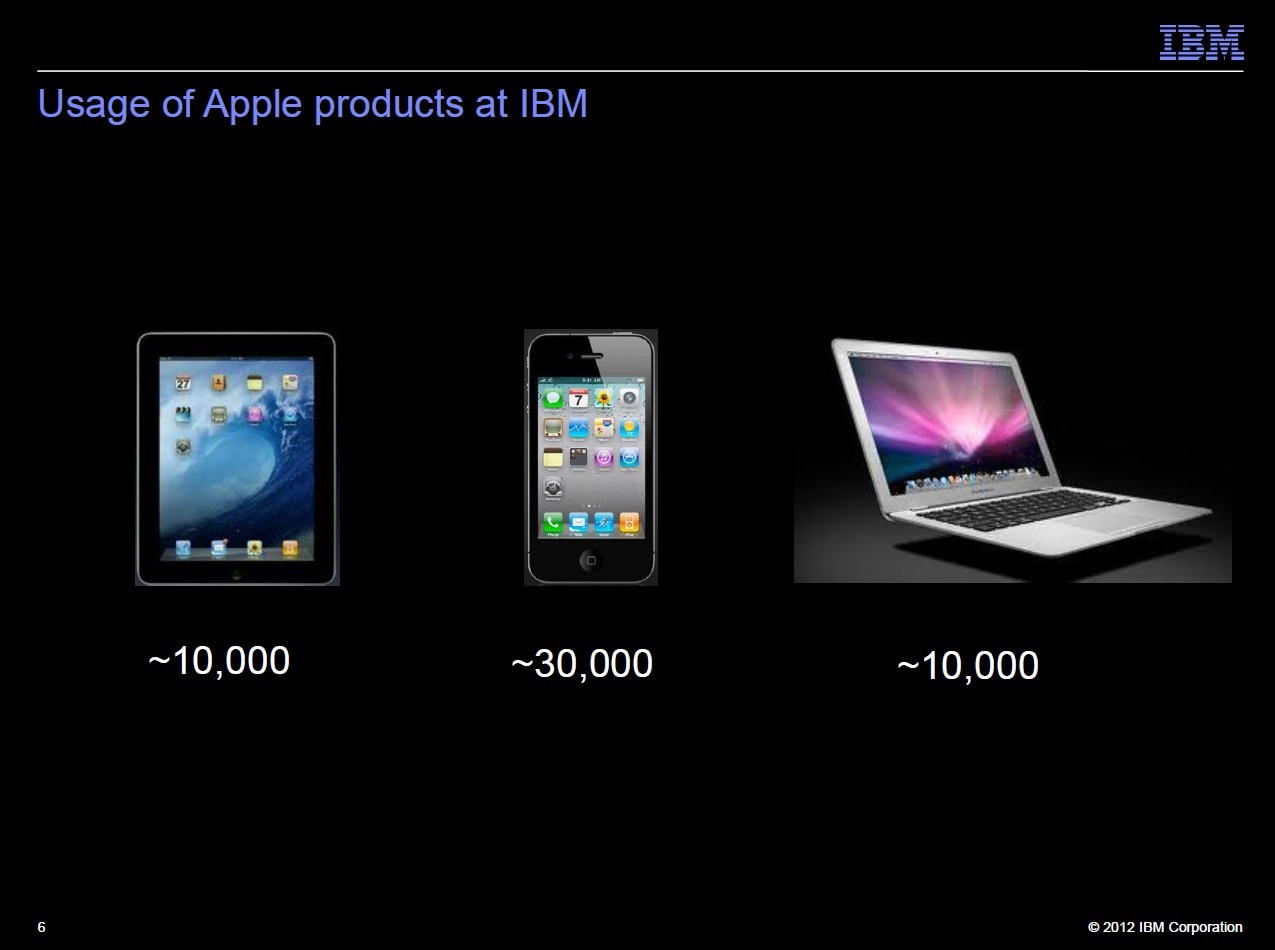 Now, as many of you know, I maintain a list of the iPad enterprise deployments, along with a separate list of the 50 largest iPad rollouts. Based on what I’ve seen, IBM may be the largest Apple deployment out there, and the second-largest iOS mobile device deployment.

Here is how I would rank it – anyone heard of other deployments that would break into this list?

3) Korea Telecom gave away iPads to all 32,000 employees http://www.zdnet.com/blog/sybase/sap-cios-ambitious-mobile-plans-for-2012/2281?tag=mantle_skin;content

7) United Airlines is aiming for the paperless cockpit with 11,000 iPads for pilots

(To learn about companies that are not only deploying mobile devices but taking advantage of them with enterprise apps, check out the videos at SAP.com. Watch Vodafone, Siemens, Verizon, Tommy Hilfiger, Charite Berlin hospital, Novo Nordisk, Computer Sciences Corp., Boston Scientific and 15 other large companies.)

Other factoids from Pepin’s presentation, which is available on SlideShare here:

– IBM supports so many platforms for two main reasons: 1) to help its many services consultants harmonize with its enterprise customers by using the same gear; 2) as a recruiting  tool for younger workers. “If a company required you to use a ThinkPad  laptop and a BlackBerry  phone, would you want to join? I know I would  not,” Pepin said.

– most of the smartphones and tablets used inside IBM are owned by employees. That supports Strategy Analytics’ recent report that the vast majority of tablets inside companies today are Bring Your Own Device (BYOD).

– altogether, 100,000 IBM employees can do corporate e-mail, contacts and calendars from mobile devices. That’s up from 25,000 just several years ago.

– there is an internal enterprise app store called Whirlwind for self-service, optional apps. Beta versions of IBM mobile apps are also offered to employees here. Whirlwind will give way to a new app store based on IBM’s Tivoli software, said Pepin.

– Employees are not restricted from using Apple’s App Store.

– IBM has just released the beta version of an MDM software called IBM Endpoint for Mobile Devices that runs on multiple platforms, including iOS, Android, Symbian, Windows Phone and others.