Five signs that the new SCN is dysfunctional

Here are five things to look out for as the SAP Community Network platform is converted to Jive version 5. These are speculative on my part, based on several preview webcasts, conversations with the conversion team members, and my generally wary attitude when it comes to large system projects.  None, some or all of these may happen.  I’m not a bettor, so no odds on which are most likely 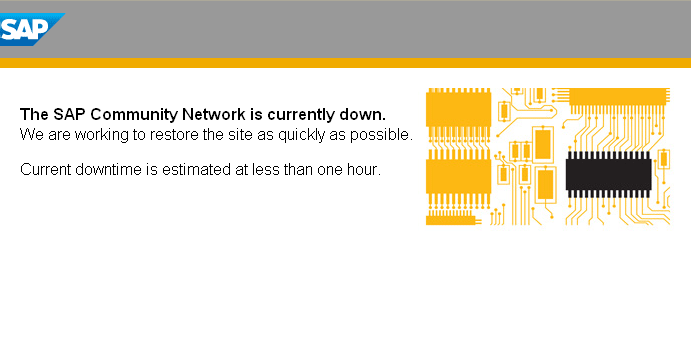 I’m not talking about total catastrophe, where every message on SCN, or on a forum, or even specific messages are lost, though it’s possible that could appear to happen if things go south.  I’m talking about the little things that disappear when conversion algorithms don’t take specific storage formats into account. Examples:

This could happen to any site.  We have seen downtimes with SCN, most recently with decreased retention of ID memory, and unfortunately, since it is not being converted to a new platform, HTTP 500 errors in the wiki site. With heavy traffic volumes, evolving user patterns and a new platform so shake out, I expect the converted SCN site to have shaky days maybe going into weeks, but then become “weathered” from the storm.  That ultimate goal is what SAP hopes of course, and with flagship community site, their digital reputation is hanging on it.

What should you do when you see site errors?

Mark Yolton tweeted this advice the other day:

For those unaddicted to twitter, blocked at work, or just no clue what he said, email the support team at the usual address.  I use sdn at sap dot com.  (that doesn’t violate the rules of engagement, does it?)

Those of us who are also ASUG members have experienced a version of Jive software closer to what SCN is moving to for the past two years. As with previous site migrations, that change included an adjustment period, followed by either a honeymoon or a horror movie, depending on whether things “just worked” for you, or if you hit browser incompatibilities, site log on problems, learning curve disabilities, or other negative effects. There’s no way to predict which of these issues, if any, will plague new SCN users, though I think it is safe to say some people will see some of them.

Notifications of message or other content update can be a challenge in Jive.  While it is automatic and pervasive, it is also pervasive and automatic (I’m assuming SAP has configure the tools the same way; can’t image not doing this). What I mean is partly illustrated by the image below containing “Email notifications” and the drop-down box below (again, this is from an earlier version of Jive, but I expect the new features to be similar, if not look identical). The “type” column on the left shows what you are following.  Every message one replies to is added to this list (and I can’t emphasize this strongly enough): whether you are already following the higher level forum or other object already.  You can manually add forum topics, the new spaces, or pretty much any document or discussion on Jive also.  You can see I ended up in a short time with over 30 screens of “follow flags”; it didn’t take long for me to give up trying to crop them.

You can find other notification settings in other places. I’d recommend experimenting with which level to request alerts, and prepare for a deluge.

Whether every notification of current forums, messages, blogs, etc. will carry over to the new site is a question that occurred to me while writing this post.  I’ll ask on the CW forum and add a reply here when I know more.

Where are we? Are we there yet? Questions every parent must have heard when taking their children on a trip, or that we’ve asked when going to a site for a first time altogether, or for the first time after a site renovation. With the mapping that I’ve seen, this trip is going to be no different.  There are two areas I’m concerned about: finding old content, and finding new content.

If you are a member of a single forum primarily, you should not have much difficulty locating where that content exists in the new SCN. If you can’t find it, perhaps because of slight renaming, or because it’s moved to an unexpected location, you can try the search facility.  I’d be interested if you experience this. If you participate in more than one, particularly some you only visit occasionally, I think it will be more difficult to find the new location than it was on the old site, because you have a map in your mind how to get there that will be hard to purge, because the new site will continue to grow, and because with the sub-spaces, the navigational tree has become larger than the flat area space of the old SCN.

Then there is the question of content moving around. In one of the introductory videos, the suggestion was made that blogs would be manually moved from their planned landing zone in personal spaces to specific targeted spaces, one by one. With nearly 300 blogs to date, that will take me a while. If I do that, will someone who has bookmarked the initial location get to it after the move?

Finding new content could be as simple as looking at the top of a chronological list of new spaces, or it could be as difficult as finding a Smith in the Manhattan phone book, assuming you could find a phone book (or even knew what that was). Besides fine tuning the filtering of email notifications of content you’ve already found or contributed to, how will you discover new content?  Will there be a spotlight area where interesting discoveries are shared, or will people voluntarily highlight them?

There are two areas of concern here, though both are ephemeral compared to the preceding issues, One is for the conversion itself, and the other is for post-conversion. As someone partly in the know, I worry about both.

Having been burned by other site conversions where data were mangled, or the layout was counter-intuitive, and being involved in system migrations between various platforms, I know the value of testing, having metrics, and publishing samples. So far, I’ve seen and heard a lot about ease of use, and some terminology, but the actual migration plan is a mystery. I won’t predict how long the site will be down, because frankly, these aren’t airline reservations or something even more critical, there’s software bug discussions. I can wait patiently (mostly) until the site is totally ready.  After that, stand back.

The other concern is about site stability (see #2 above), in the context of ramp-up testing. If a full copy has been restored to a test system to practice the system migration has been done, I don’t know anything about it, and you’d think I would be the type of end user that should be verifying both the data quality and system stability.  Whether SAP uses automated testing tools to determine proper capacity settings for the new infrastructure, and which ones, is a matter of speculation, but again, in my experience, that kind of testing is helpful, but does not always predict or prevent flaky behavior a random user population can induce.

Again, the testing concerns will vanish once the site is live and stable, and we’ll see if the recent instability is vanquished. I know Mark Yolton will be getting those reports, and sharing them, good or not so good.

There’s more, but I prefer to let the soup simmer, and take a swim in it after the bell rings.  See you on the other side!

Become familiar with this message. 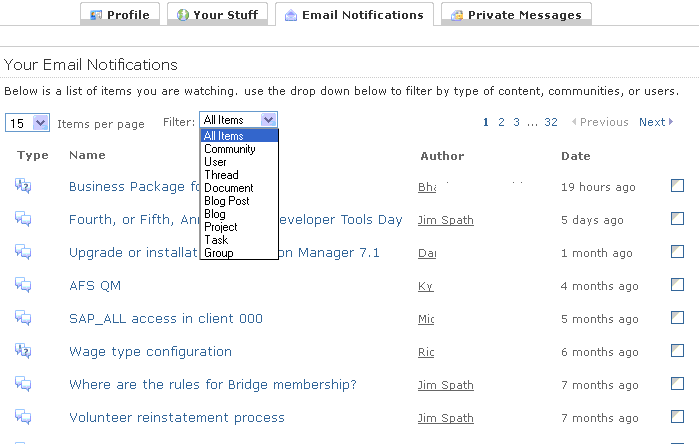 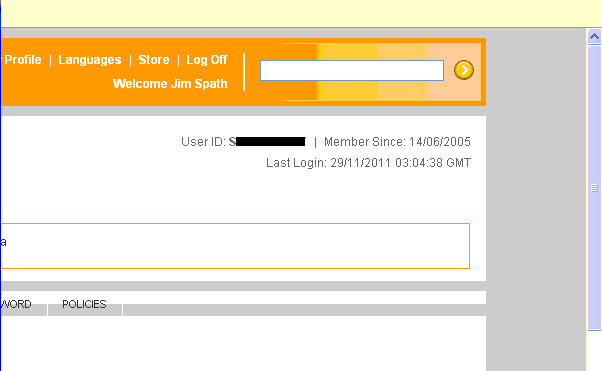 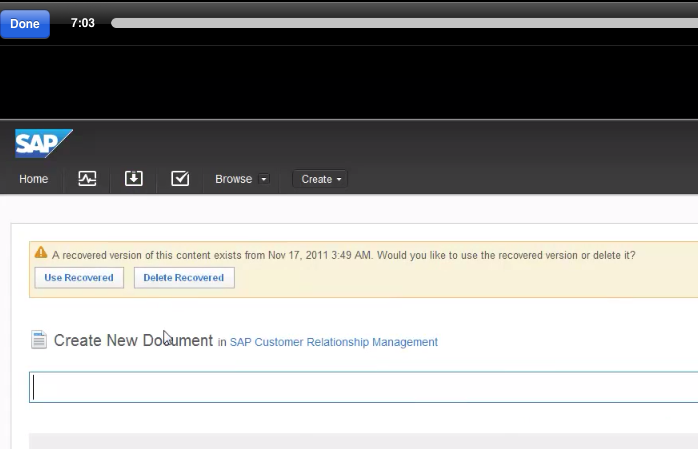