New Feature – Member of the Month

Welcome to the new SCN platform!

In conjunction with the launch we are kicking off a program called Member of the Month (MoM).  This program replaces the Mentor of the Month program, opening the honor and recognition to the full breadth of the community.  The program will be managed by Laure Cetin, as part of her responsibilities for points and recognition.

Each month we will collect nominations from Space Editors (previously known as Content Area Managers) and Moderators.  The Collaboration team will determine the winner during the last week of each month, and will post a blog feature that includes the MoM photo and a write up about their contributions to the community. Because we are launching this in mid-March, the next MOM will be chosen the last week of April, and announced on May 1st. There will also be a “Hall of Fame” for MoMs where we archive the posts so that people can go back and review prior winners.

So what does it take to be Member of the Month?  These criteria have been established by the Collaboration Team:

So, who is our first-ever Member of the Month??? 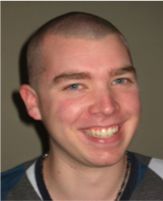 Tom has been a community member since March, 2007.  He started blogging on SCN in November 2010, and has since published over 65 blogs on topics like JAVA, Solution Manager and “Virtualization and Cloud”.  He also co-authored a blog series with Michelle Crapo about “How has blogging changed my everyday life?”, which describes the positive impact of being active in the community, both for the participant, other members and SAP customers.

Tom was honored at SAP TechEd Madrid for his work in the area of SAP Netweaver Platform as a Topic Leader, with 1829 points toward that topic over a period of 12 months (August 2010 to August 2011). Tom holds a platinum badge in the community based on his many contributions.  He also played a key role at SAP TechEd Madrid, where he co-hosted the annual SCNotty awards with Gali Kling Schneider and Sylvia Santelli. He demonstrated his creativity, sense of humor and power of community passion and persuasion by getting both Gali and Sylvia into his famous “Rapping” act throughout the event.  All who were present had a fantastic time!

Tom works as a consultant at CTAC Powerhouse in Belgium, where he is an SAP expert with certifications and expertise on various topics related to SAP Netweaver Technology and SAP Solution Manager. He plays an expert consultant role for many large SAP customers.

Thank you, Tom for all that you do for the SAP Community Network!