The usual disclaimer applies that things are subject to change. 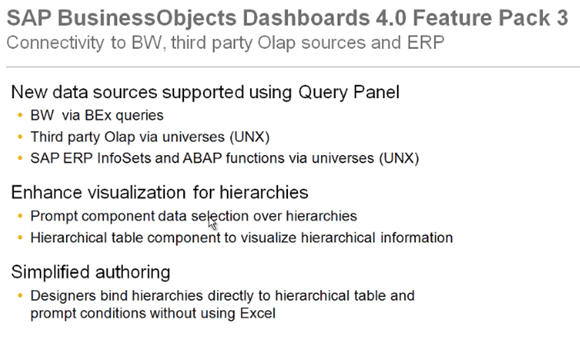 BI 4.0 offers a new panel to create queries inside the Dashboard Designer.  This panel is being enhanced for additional data sources such as BW.  Figure 1 shows that you can access BW via BEx queries from the Query Panel.  Also you can access third party OLAP via universes such SQL Server Analysis Services (SSAS) and Essbase.  The semantic layer will also offer access/connectivity to SAP ERP classic InfoSets and ABAP functions.

Figure 1 also shows there will be new ways to visualize hierarchies.  This is shown as part of the demo of this webcast.

Long term, Francois said they want to simplify authoring of design to  reduce dependency on Excel.  Excel (as part of the Dashboard) will never go away; it introduces an overhead in building and maintaining a solution, to be improved through better binding. 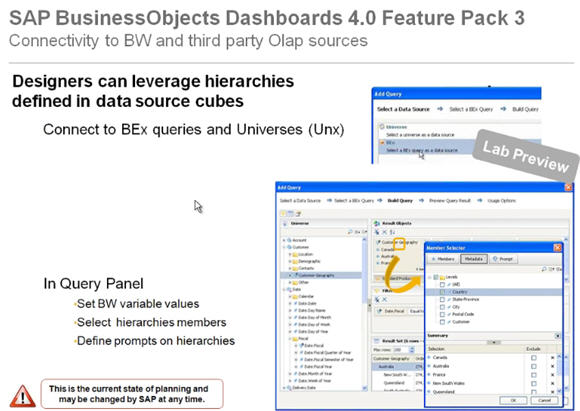 Figure 2 shows the Query Panel in Feature Pack 3.  It enables you to access hierarchies defined in OLAP source.  You can select hierarchies as result objects or conditions – it can be level based member selection or value based.  Figure 2 shows how it looks in Design Time. 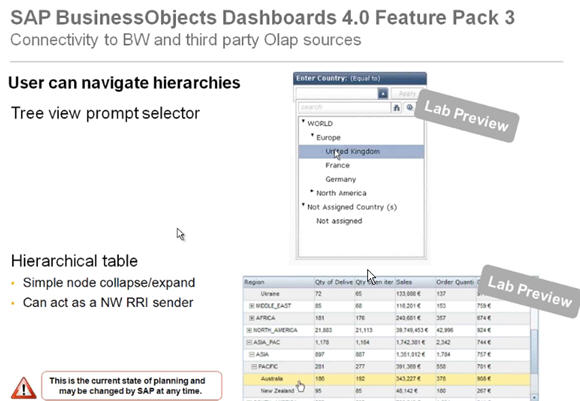 Figure 3 shows the run time of how the hierarchies look using the tree view prompt selector or the hierarchical table.

In the hierarchical table, using BEx / ECC data sources, the component can act as a Report to Report Interface (RRI) sender  to a BEx Web report, an ECC transaction, or trigger another action, as long as the row select fits the context.  So you can jump from a dashboard table to a BEx web or an ERP transaction.

Francois said functionality like this allows BI to “close the loop” between BI and business processes. 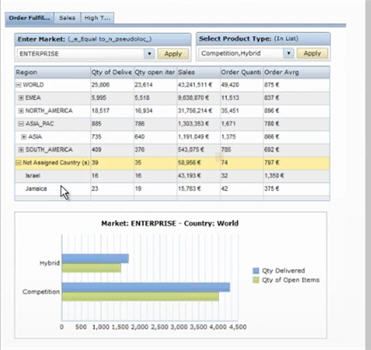 Figure 4 shows a demo of Dashboards 4.0 FP3 in preview mode

This contains two query prompt components.  One is based on a hierarchy based on BEx/BW. 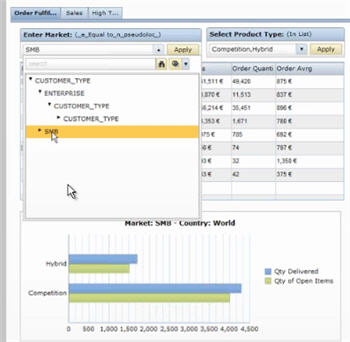 Figure 5 shows the navigation of the hierarchy and the resulting change in the chart below. 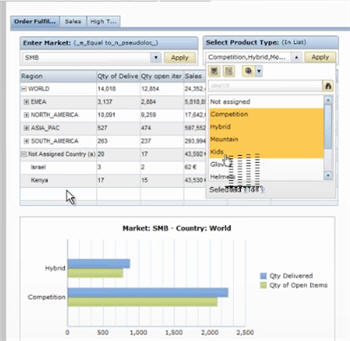 Figure 6 shows the selection of Free Characteristics from the BEx Query inside the Dashboard Preview mode and the ability to select multiple values.

On the left of Figure 6 is the hierarchical table where the response time in navigating is fast due to multiple levels of caching. 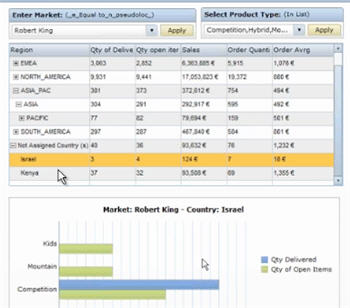 Figure 7 shows how the hierarchical table acts like a spreadsheet and when you select a row, it acts as a selector and refreshes the information (chart) below. 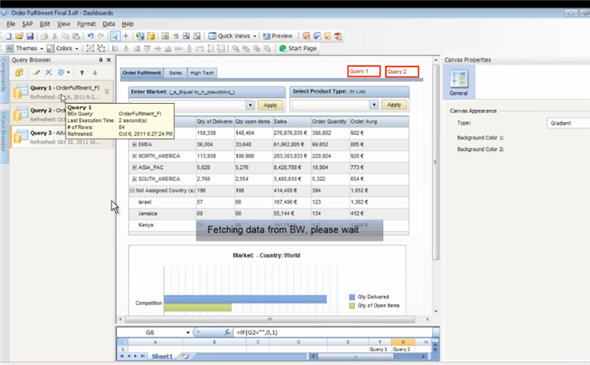 On the left Query 1 and 2 are based on BEx Queries while Query 3 is based on SSAS.

Figure 10 shows the Edit Query within Dashboards 4.0 FP3 based on a BEx query based on Flex.

Francois said that Figure 10 shows how similar this is to Web Intelligence on top of BEx. 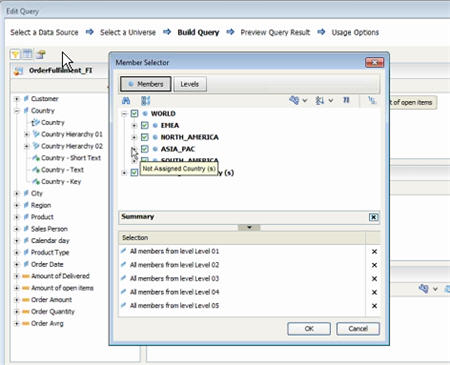 Figure 11 shows the member selector that defines the levels you want to select from BW.  You can define selection based on values or go into levels and retrieve specific levels of the hierarchy. 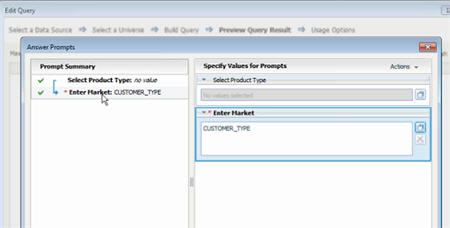 Figure 12 shows the Prompts; the first one comes from the BEx Query and the second one was defined within the Query Panel.  Also notice in the prompt summary there is a dependency (blue arrow).  First answer the root and then get a list of values for the dependent prompts. 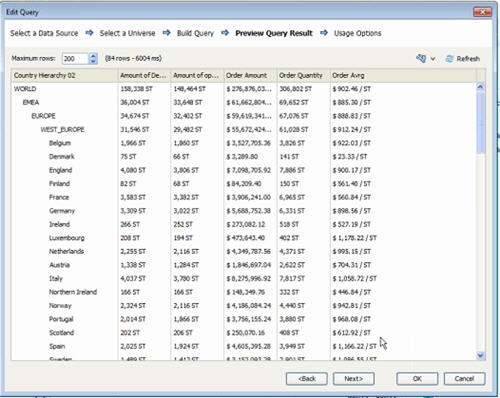 Figure 13 shows the preview of query results to show how the results will look like – others in the past did not have these features (QaaWS). 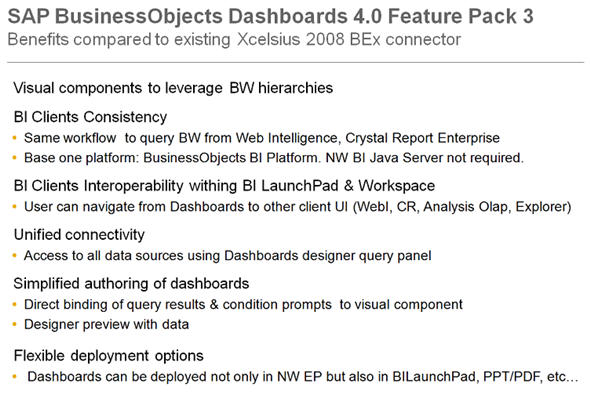 Before you had to publish to BW; this limitation is now gone.

To bind data/components to the data, you do not need to go to Excel anymore; you can bind to the query.  This simplifies the dashboard authoring and maintenance.

You still need to bind to Excel, however, to define the Chart title. 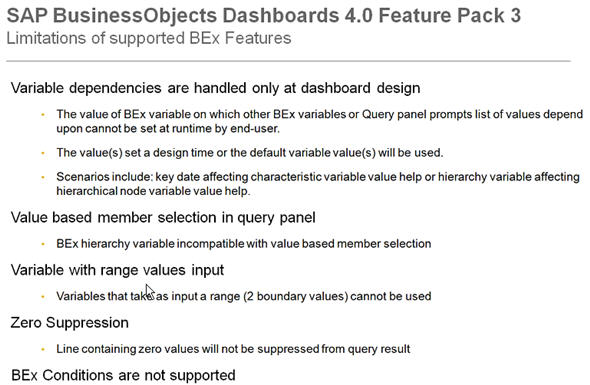 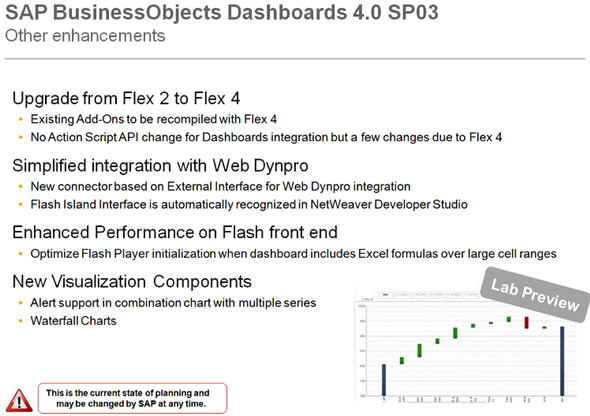 These partner add-ons need to be updated to Flex 4.

If you don’t upgrade add-ons these will not work with Dashboard FP 3.

The upgrade was done at the request of partners to take advantage of Flex 4 features.

Web Dynpro integration with NetWeaver Developer Studio to integrate flash files from Dashboards; in the past you had to build JavaScript wrappers, this is now simplified.

When Excel formulas are used over large range of data, performance data has been improved.

Combination charts will have the capability to define alerts with multiple series.

Q: What is the planned release of FP 3?

Q: Does the new version support bookmark functionality like Web Application Designer (WAD) does?  The user can drill down by hemisphere, region, and when they bookmark it, it saves those variables; they do not have go through drilldown/variable process again?

A:  Not offered out of the box; it is about personalization

Dashboard designer has a local scenario specific to a laptop – you can persist values / to retrieve view state but it will not be shareable between users.

Q: What is the minimum version of NW Portal that FP 3 support?

A: In FP 3, to integrate with NW Portal you use the Portal Integration Kit with BI Launchpad – you would need to follow up with that group

Q: Is there an XCelsius to Dashboard migration plan?

A: No migration – no feature being removed.

A: Post FP 3, there is a plan to provide universe connectivity on top of EPM cubes.  EPM suite, extended analytics package, does provide connectivity from Dashboards to EPM but not what was shown here with hierarchies

Q: Are SWF and XLF be combined?

A: They are, when you publish now you publish one entities – physically they are 2 but appear as one

A: Yes, it is part of the core release – it is the same release

Dashboard is in synch and included in that release