One of the Duet Enterprise core capabilities is publishing SAP workflows into the realm of SharePoint sites. In this posting I outline the conceptual working, and what implications result from the Duet Enterprise workflow architecture. The information below is not entirely new, but builds upon blog material of Xiaosheng (Edward) Lu [SAP AG] and Kiki Shuxteau [Microsoft Corp].

Prerequisites for exposing a SAP workflow via Duet Enterprise 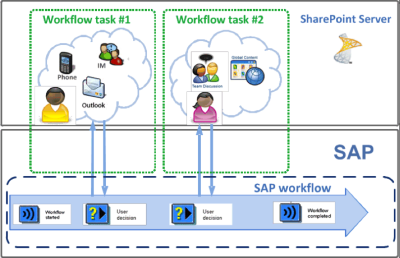 The following steps are performed in the exposition of a SAP ERP workflow interaction task to SharePoint context: 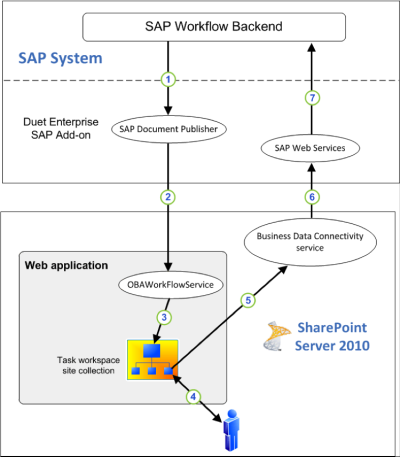