The current  surge in enterprise mobility is entirely driven from the consumer  devices. Managers and exempts wish to use their smartphone in the  enterprise. The company welcomes this of course, because it’s a  potentially large increase in performance. The problem is that the  company needs to find a way to leverage this offer of mobile devices. 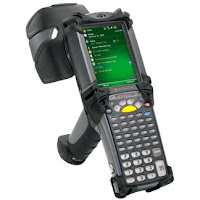 Learn from the past?

This  isn’t really a new problem. Enterprises have been facing such issues in  the past when they started equipping their fieldworkers with rugged  devices. There is already a vast base of experiencing in leveraging the  power of rugged mobile devices to the employees. It’s a bit of a matter  between blue collar and white collar. So the big question is than: “Why  is it so hard to leverage the power of consumer devices?”

Despite the presence of mobile devices in enterprises already, and  the exercises done to integrate them with the backend in the past, there  is very little to find on the subject of rugged devices in correlation with the SAP prefered mobile platform.

To understand the difficulties, we must first look at the differences.

Rugged  devices are obvioulsy owned by the enterprise and are fully managed by  IT. Consumer devices are owned by, indeed, the employee. As a  consequence, the enterprise has no right to manage this device. Without  the possibility for management however, the enterprise will be reluctant  to allow company data, or business functionality on the device.

Suppose  your device is broken, who is going to fix it? It used to be very easy.  Company owned equipment, was maintained by the original vendor or by  the manufacturer. Enterprise IT manages this with a maintenance  contract. There was a limited number of vendors/manufaturers and  maintenance was a rather painless process. That is very different from  the maintenance of employee owned devices. We don’t really think in  terms of maintenance there, because of the principle of nextOpia.  If a device breaks, we simply buy a newer version. whenever you do that  however, you need to reconfigure the device from scratch again. Not to  mention the fact that company data may be accessible to some dodgy phone  retailer.

I’m  not talking about bluescreens here, but about the rapid development of  consumer platforms. A typicall rugedized device runs on windows 6.5 and  does so already for several years. Moreover, there is a rodmap amongst  manufacturers of rugedized devices, that for the coming 5 years,  products will still emerge running windows mobile 6.5, meaning that  enterprises can count on a very stable roadmap. Consumer devices however  have a much faster cycle of platform updates. This can cause problems  with third party drivers. Although the only example I received was about  barcode scanners. So although the speed of platform releases causes  fear in enterprise IT departments, this panic is rather unfounded. Worth  mentioning here is that many rugged manufaturers are offering Android based devices these days. So the driver issue will soon be a problem of the past. 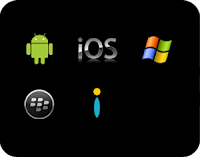 Very  closely related to the platform stability is the development of  applications. Since all rugged devices featured a WinMob 6.5, developing  for different device types was not a particular problem. you only  needed one skillset. Consumer devices however, feature Android phones,  iOS based devices, Windows Phone, Blackberry and Symbian devices.  Although we will ignore that last group since Symbian is destined to  disappear. So Theoretically speaking, you would need many different  development skills to provide applications for all.

Back  in the days, when you wanted to ingerate your rugged devices with your  SAP backend, you needed a middleware platform. This was the SAP mobile  infrastructure. It’s an outdated tool, with decreasing support which  offered not even a fraction of what todays platforms offer. We can see  this as an opportunity for improvement, but today’s platforms are not  backwards compatible with the old middleware. So you would need to  redevelop and redeploy the old programs towards your new middleware. On  top of that, you now get to chose from multiple middlewares. MII, SUP,  Antenna, Agentry,…

In  my perfect world however, I see solutions for all of these “problems”.  Being an SAP expert and having dedicated quite some time on the Sybase  Unwired Platform, I shall focus my roadmap on these two components.

You  already have rugged devices, running applications which are connected  to a mobile infrastructure and an SAP business suite backend. Now, you  also want to provision and manage the consumer devices. The solution  here is easy, you expand your landscape with the sybase unwired platform  (SUP). The consumer devices connect to the SUP and IT manages these  devices through Afaria. (or another device management tool) This however  does mean that you now have two middlewares. One for the blue collars  and one for the white collars. No problem, because these rugged devices  can be managed by Afaria and provisioned by SUP just as well. The only  problem is that the applications built on Mobile Infrastructure are not  compatible with SUP.

Not to panic, because now you can  simply migrate/redevelop these applications one by one without any  pressure. Before you know it, you’ll be managing and provisioning all  your mobile devices from a single central platform.

From architectural perspective, I see the possibility of a merge between the rugged platform and the white collar platform. Good news is that also on the hardware perspective, there is some sort of merging movement. New tablets sometimes already feature gorilla glass for example. There are multiple casings for consumer devices to make them rugged.

On the other hand, the real rugged devices start looking more and more like the consumer oriented devices. Phones no longer way a ton, tablets can actually be held in one hand and capacitative screens start replacing the pressure sensitive ones for better interaction.

One day, we’ll have a nice coherent story.

*Sidenote: SUP still does not support native Android development, although this would come very soon. Food for a different blog.

Crosspost from my blog