Burning Rubber With Your Sales Team

The following example proves that there is a lasting damage to the psyche of  my SAP colleagues, when their headquarter is located only a few miles  away from one of Formula One’s most famous race tracks: Hockenheim Ring.  Don’t get me wrong, SAP Race to 1000 Series is not a game, you  can’t control the cars with keystrokes or game controller. But it’s the  gamification of sales analytics.

Instead of simply displaying  the number of closed deals for each region for every period as bar or  pie chart (yawn), this app races you through the data. You first need to  buckle up, because the engine-sound revving up blows you out of your  office chair, and then you see for each region a car burning rubber on  the track. At the end of the race the leader board displays the winner  of the period and the overall closed deals compared to the annual goal.

Don’t get me wrong, I am a big Edward Tufte-fan and  -evangelist and believe in his pureness of visual display of data. But  have you ever heard of analytics – which is supposed to be the  after-the-action-image – of analytics driving everything before the  action? When I see this visualization, I wanna go back and see my car  outrace my colleagues from the other regions! 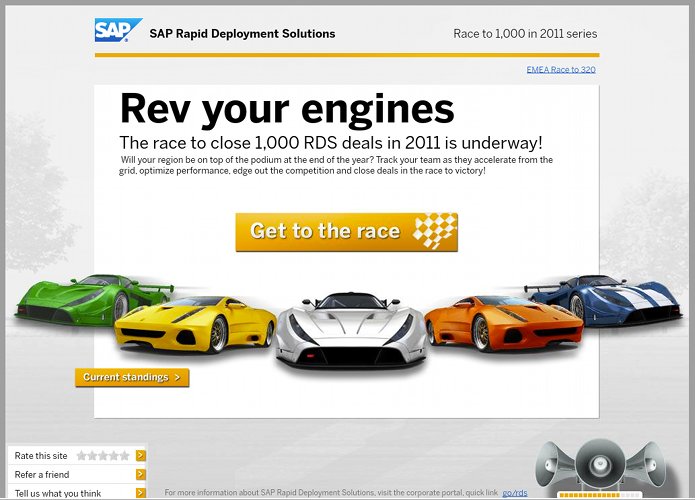 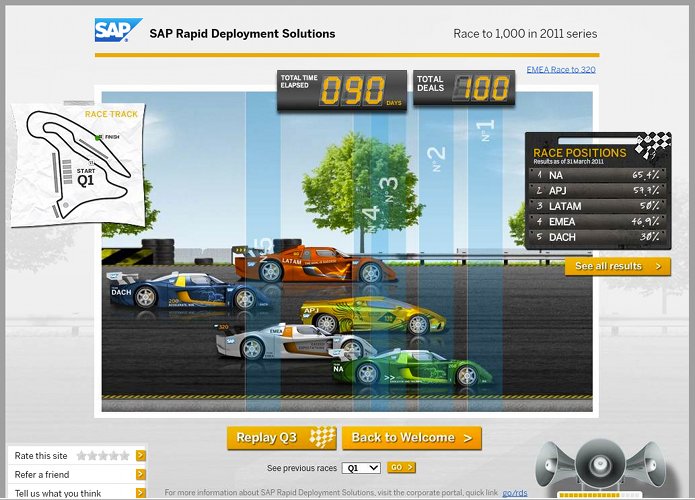 Want to read more about Gamification in the Enterprise? Then visit my Enterprise-Gamification-Blog with tons of more examples and workshops about gamification.