Starting from the PI 7.3 SAP gave us the possibility to maintain some of the PI objects not only from the Swing client (ERS, ID) but also from the Eclipse (or NDWS). In PI 7.3 the number of objects was however pretty limited and we could only create: Data Types, Message Types and Service Interfaces. As of PI 7.31 we can create most of the objects from the Eclipse as you can see from the screenshot below (view on the Enterprise Service Browser) 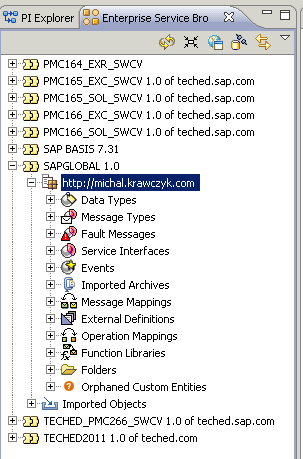 Some of those objects (like Service Interfaces) are maintained in the very same way as in the Swing client but some of them like Message Mappings have a little bit new way of creating them. Below you will find some more information on how the to use Message Mappings.

The very first screen of maintaining the properties of Message Mappings is pretty much the same we we used to have within ESR. Message Type assignment is also the same as we’ve used to have in ESR but as you can see on the screenshot below you can also view all local functions (UDFs) in the view. 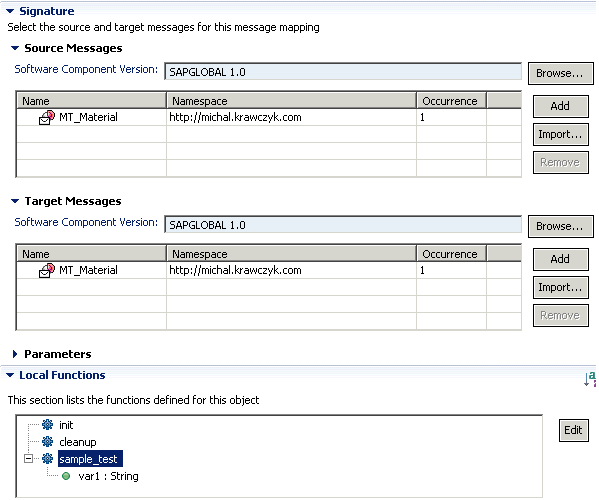 Doing the actual mapping is pretty much the same as with any other Eclipse based “mappings” known from other tools like Java WebDynpro for example.

The best thing comes later, when you need to use any of the standard functions. Finally we have some IntelliSense (by pressing CTRL + SPACE) and we don’t need to input everything ourselves. 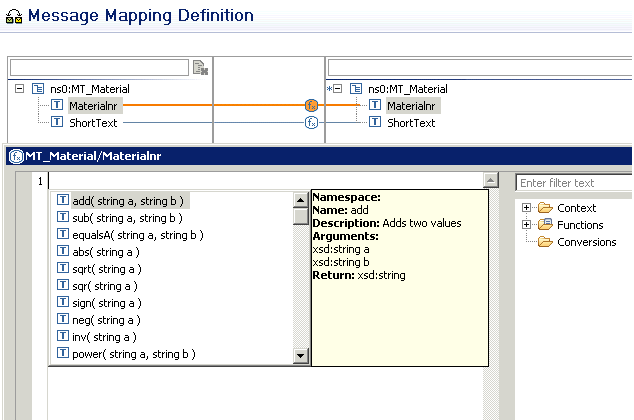 As you can see from the screenshow below you can also use the UDFs in the very same way. 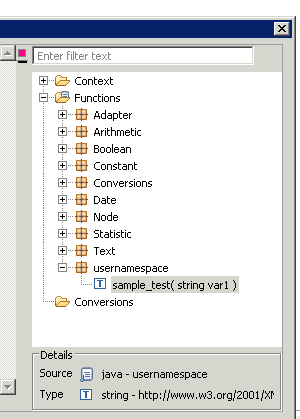 What about our favourite contexts? There not gone… you can still select them but you don’t do it from the node but from the function itself. 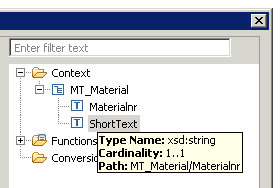 The testing is one of the things that got changed in a very positive way. You can do the test by “running” a Message Mapping. 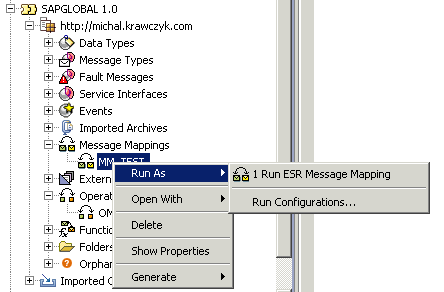 and now comes the best part, you don’t need to copy/paste your payload, you can just simply use the file from your desktop (do you remember the waiting for message to appear in the test tab for large messages? – it might be gone now).

Obviously you still have “Parameters” tab which allows to specify importing parameters and also header parameters. 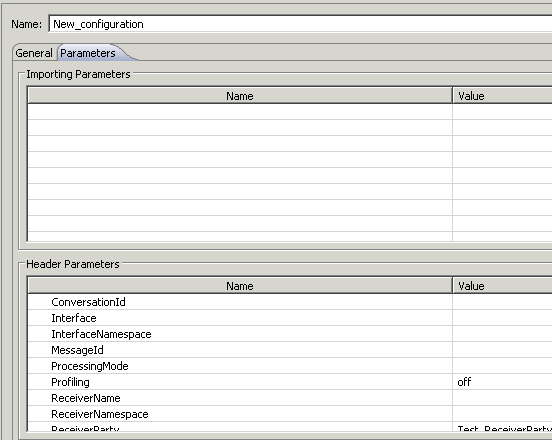 After do test the mapping the result is show in the XML format.