Adjusting the phase of an imported clause through scripting.

The issue becomes that each of the clauses created in this way is in a status of “draft”. The customers then need to manually change each of the objects to “approved” in the user interface.

The concept that I have in mind is to: Allow the customer to import another file after adding the content that will result in the clause phase being changed to Approved.

The basic design for this is as follows:

With this approach, the users could import a new CSV after the content is uploaded with 2 fields in it: Name and the “Approve Clause” Boolean set to TRUE. The import will trigger the validate script which will approve the clause.

Ensure that the Company and Enterprise workbooks have been imported into your system as the correct users and that in particular the Company workbook contractgen.Phase phases have been set as these are what the script will be drawing from.

Adding an Extension to the clause object

Logged in as user that is a member of the company the clauses will be for and navigate to Setup –Configuration Extension Definition and create a new extension definition.

In the screen below you can see the two localized values created and the attributes created to enable the desired functionality. 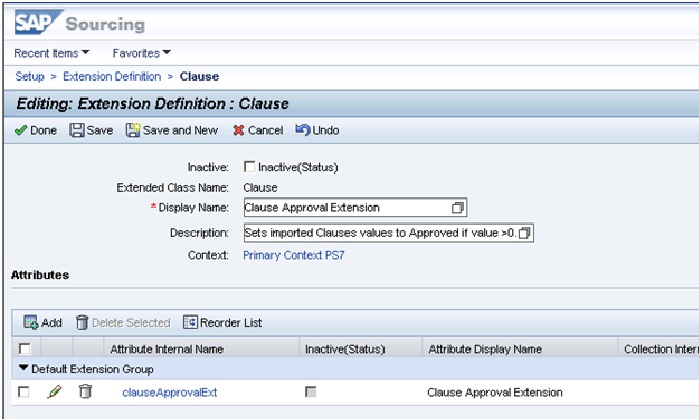 Select ‘Import Lifecycle Event’ as we want the script to trigger when an import event occurs. 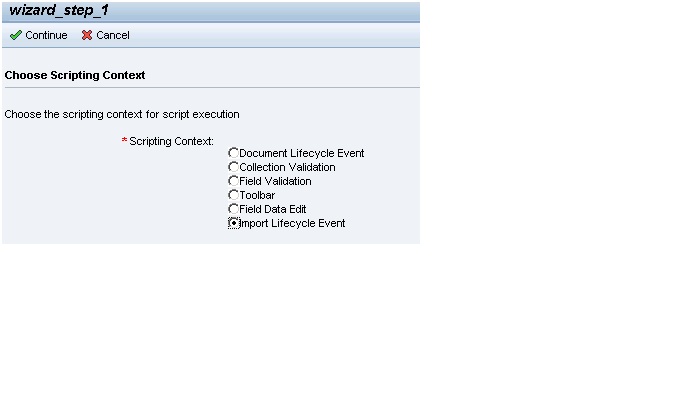 This is what the fields relating to the script should look like. 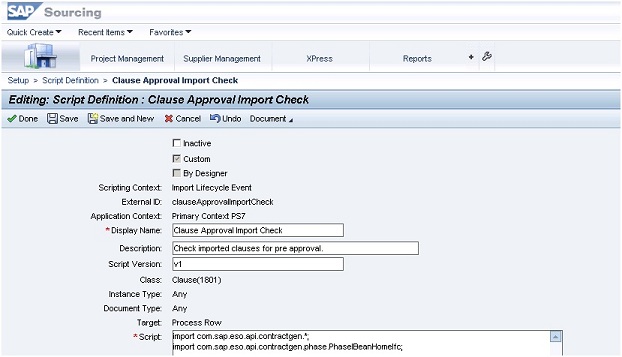 // get the clause phase from the import

//Check if clause has attachment if not do not attempt advance.

Save the code and then test the process.