In this webcast, SAP’s Eric Schemer and Christolph Albrecht previewed the BusinessObjects Analysis Edition for Application Design, the “premium alternative to BEx Web Application Designer (WAD)”.  The BusinessObjects Analysis Roadmap for 2012 was also reviewed.  The general disclaimer applies as it includes forward-looking statements since the product will be released next year  – things are subject to change. 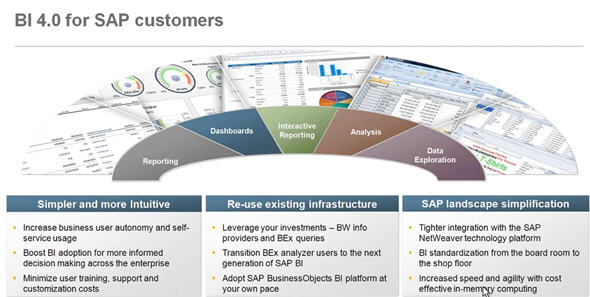 Figure 1 is a familiar slide showing the BI clients under the BI 4.0 umbrella.  If coming from BEx backgrounds you will find you are expanding your use cases around BW.  For example BusinessObjects Explorer covers data exploration.  This webcast focused on Analysis. 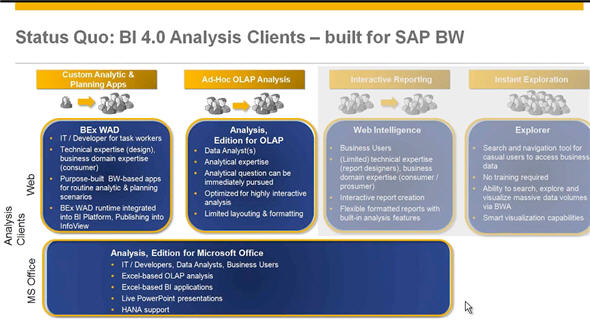 2) Analysis Edition for Office
An Excel and PowerPoint add-in which has been out a year and every six months a new version is shipped.  Office client caters to two use cases: 1) custom analytics – sophisticated Excel analytics planning applications 2) Ad-hoc client – Ad hoc OLAP client for business users.  It is on the path to replace BEx Excel Analyzer scenarios 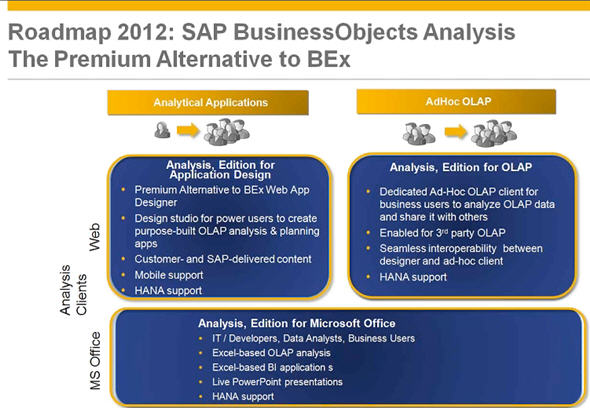 According to Eric, there is no end of life of BEx.  BW comes with a BEx offering.  BW customers are the primary focus.  These products also run on HANA.  BW 730 on top of HANA is being released next month  – all these scenarios will be used by the Analysis clients. 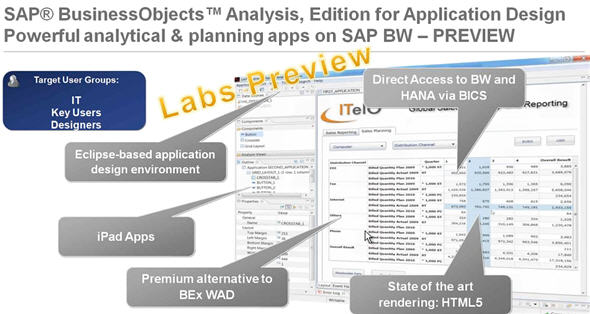 Figure 4 shows the next generation WAD, with new concepts.  It is in an Eclipse based design environment.  Similar to the new Crystal Reports Designer and HANA modeling studio , these power user focused tools are being built in Eclipse.   What is new is Mobile support as they want to focus on iPad usage; longer-term will open this up.

The intent is  to use application designer to build applications that will run natively on the iPad.  This is using HTML5, the standard for products at SAP. 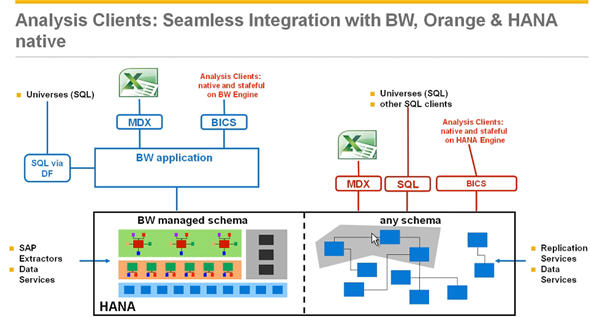 Figure 5 shows the “engines”.  Analysis can work on HANA.  HANA is powering the BW applications (on the left of Figure 5) on the data layer (BEx Query or calculation views in HANA)

Figure 6 shows the high level architecture.  The internal code name ZEN is for the Analysis Edition for Application Design project.  The the run time is replicated on the BI Server.  It is also installed on the desktop with an “improved design experience compared to WAD” without the need of the platform for the activity.  It communicates directly with the BW system.  It allows you to do WYSIWYG (what you see is what you get).  The designer at any point in time can see how application looks for the end user. In the WAD you had to publish application.

DEMO
Christolph demonstrated the general capabilities.  He said they worked to renovate the architecture on the design time side.  The major improvement is the WYSIWYG design experience. 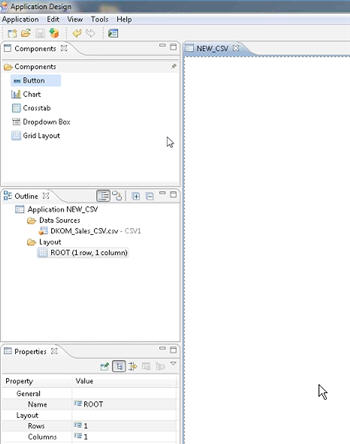 Figure 7 shows the Eclipse based Analysis Design tool.  The  views, toolbars can be arranged by users in a custom way.  Components are used to present and manage data.

The middle shows the Outline of what is going on in the application.  The Properties allows you to edit bits and pieces of application component.  The white space is the design canvas – the user is supposed to define major parts of the application. 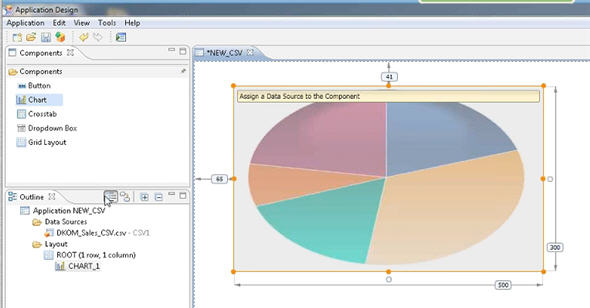 In Figure 8, Christolph dragged in a design component. 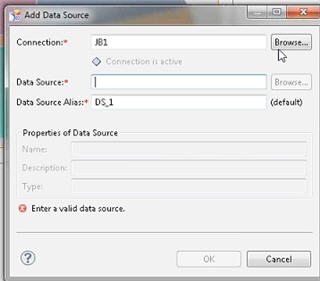 Figure 9 shows that you can add other data sources.  Sources can be Query Views, Queries, InfoProviders and HANA structures.

Christolph dragged over the data source to assign it to the UI component.  Figure 10 also shows the “pixel precise” components.  When you run it, it displays in the browser the same as in the application design view.  You can move the object around, and take advantage of the dynamic layout features.

The next part of the demo showed the interactivity of having a button perform a drilldown. 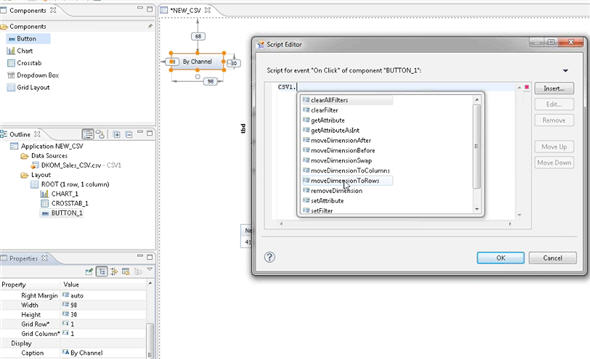 In Figure 11, Christolph defined what action will occur when you click on an action.

If you have a function that is not right, you get a note that something is wrong with the syntax, as shown in Figure 12. 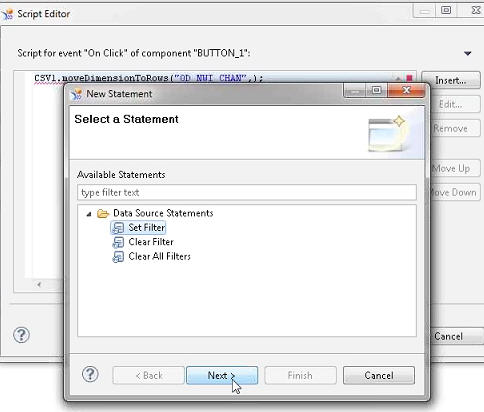 If you are not familiar with the functions a set of scripted guided dialogs will be available, as Figure 13 shows. 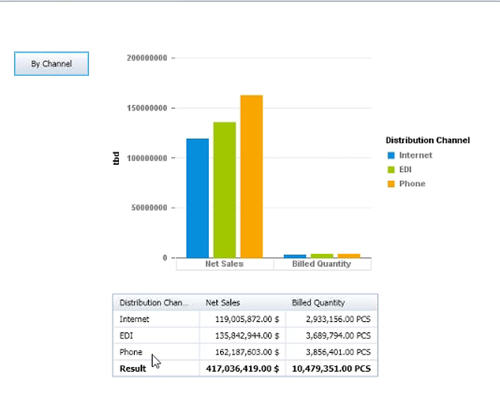 Since the chart and table are both connected to datasource they are updated by the system as shown in Figure 14. 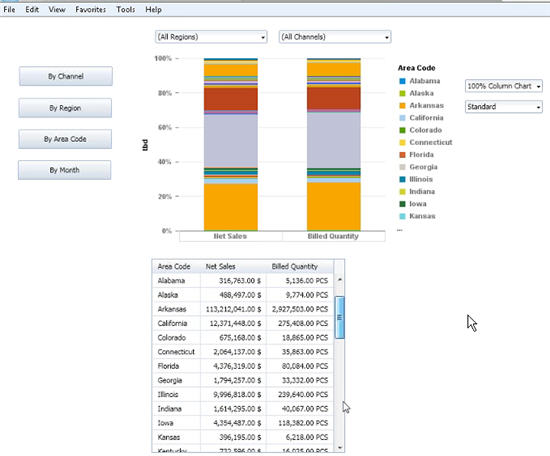 Figure 15 shows true scrolling in the table; this a more advanced example and the headers stay static.

Summary of Fundamental Improvements over Web Application Designer (WAD):
1)    WYSIWYG – layout and design experience against real time data
2)    Run time UI improvements – HTML5 UI will allow you to run on any browser, any device, and cross-tab scrolling
3)    Renovated the mechanisms to control the application with a dedicated API that exposes the components, data sources and application provides defined methods to manipulate data

Q: Can we migrate web-template to Analysis edition for Application design?
A: We do not plan automatic migration from BEx Web templates to Analysis

Q: We already have Analysis for Office & OLAP..When Analysis edition for Application Design will released?
A: RTC (Ramp-Up) is planned for May 2012

Q: Why not use Xcelsius?  Specially for the customers who do not have heavy investment in legacy WAD.
A: Yes, Xcelsius is nice for high level dashboards but it cannot support BW OLAP capabilities neither BW-IP

Q: Does that mean all the web templates have to be redone?
A: There’s no automatic conversion of web items, this is a new HTML5 based library, you can expect the same componentry but over time of course a lot more than in BEx WAD.  Release 1 won’t have all the WAD components yet, too early to be able to give a list.  We may provide “some”migration support for “easier BEx Web templates” in a later release bit not for heavy coding ones as the technology is completely changing

Q: Question: Do these components also have a runtime context menu for navigation/analysis options?
A: Runtime context is of course planned

Q: Today only WebIntelligence reports can be published on Mobile (BusinessObjects Mobile BI). Will we be able to publish these reports/dashboards on Mobile?
A: Mobile: 1st release is focused on iPad, but HTML5 apps run in any web browser natively

Q: With so many products fairly similar to each other, how do you plan to address the usage criteria?
A: Usage criteria: this is for BW & HANA focused customers, no universe support

Q: How can we see the entire generated code?
A: Application is persisted in XML file format and opened with any editor – Notepad will do – Future – Overall code view in designer as additional perspective (Eclipse terminology).  Additional language constructs – IF/THEN/else – FUTURE, custom functions

Q: Does SAP has any plan down the road to merge these various Analysis tools into Web Intelligence since WebI 4.x can access BW cube directly? Basically, any plan to consolidate the tools? I think customers are getting confused with so many different tools doing almost the same thing.
A:  No plans to consolidate into WebI – cannot do OLAP due to different architecture; BW and HANA – proposing Analysis Suite, BW, OLAP, HANA WebI – broader focus – arbirary data sources

I am looking forward to learning more about Analysis Edition for Application Design at the ASUG Annual Conference next year.

Former Member
October 27, 2011 at 4:05 am
Tammy, great sumamry as always.  Will the original materials be available at ASUG.com?

Former Member
October 27, 2011 at 4:08 am
Thanks for sharing, looks really exciting.
Especially the HANA integration.

I'm looking forward to being a Ramp-up customer for this one!

Tammy Powlas
Blog Post Author
October 27, 2011 at 4:11 am
Thanks for the feedback, Alex.
It was a great webcast by Eric Schemer and Christolph Albrecht.

Is there any news about this tool ?

I expect we will hear more official updates at ASUG Annual Conference in May and will post more information then.

Mikhail - according to this blog they are planning to release a beta version in Q2 of this year.  SAP's Eric Schemer will be presenting at ASUG Annual Conference in May so we should hear more about it then.