From SAP TechEd Las Vegas InnoJam  Inside the Gamification of ByDesign

At the InnoJam event  that kicked off SAP TechEd Las Vegas,  I was part of a team of developers that built a “gamification” app that integrates with the business processes within SAP Business ByDesign.  Our group chose a scenario similar to My #InnoJam for #SAPTECHED Suggestion:  Adding Gamification to SAP Business #ByDesign.

You can see our results below, which is a cut of the extended InnoJam demo video.

Our team won 3rd place –  a respectable showing.  We did well because we chose a scenario that had broad relevance (incenting sales reps to enter opportunities instead of just orders), and we showed that it was indeed possible to retrofit gamification features into  existing business processes.  What kept us from wining first place was the fact that we did not have the flashiest user interface, and that we included a “leader board” feature, which judge Jane McGonigal says appeals more to men than to women.

To develop our app, we used the SAP Business ByDesign Studio which allows us to author new business objects and user interfaces directly into a ByDesign development tenant, as well as extend business objects that are native to the ByDesign application itself.  In theory, if completed, this app could go through the process to eventually be placed on the SAP Store, and be available for download and purchase by ByDesign customers.

Despite the fact that we were working with only the second release of the tooling, we found the ByDesign tooling to be initially very productive.  A couple of guys who never touched the tool before were able to create an app in just a couple of hours, and an iPad app in even less time.  Debugging turned out to be a pain, however, as the tool still has “wet spots” in this area.  This is one reason why SAP is working closely with a small number of partners in a limited release program. I need to give some credit for some important pre-work done by student intern, Pit Humke, who is working in SAP’s ByDesign development team.  Upon reading my suggestion for using ByDesign at InnoJam, Pit set out to make sure the tool and APIs would be ready for this kind of scenario.  His research helped determine that it would be more productive for us to create a rudimentary gamification engine directly into ByDesign as opposed to integrating one of the platforms suggested by InnoJam.  In fact, our team chose to use the test gamification engine created by Pit as our base so that we could focus on integrating into the business process. 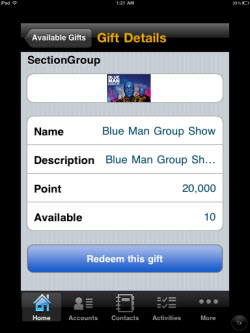 Our vision was considerably larger than the actual development we were able to complete.  Our idea was to have a full gamification engine built into the ByDesign platform.  From there, business processes would be integrated and a number of gamification scenarios enabled for each.  Multiple “contests” could be run at once, selected by the gamification administrator.

There are two features we didn’t get to mock up that I would have liked to have achieved.  First is an ability to achieve real world rewards: not a materialistic prize, but a chance to direct charitable donations to a school of your choice, or somewhere such as Kiva.  Second,  I would have preferred if we had thought of a contest that was more “collaborative” in nature.  Instead of putting a spotlight on individual performance and ranking it, it would reward team performance.  But we should have chosen a different business problem from the scenario we implemented:  incenting sales reps to record sales opportunities into the system.

Lastly, another interesting learning is in cultural & legal differences around the world.  Where in the US, its acceptable, and even motivating to employees to be measured specifically on performance, European concerns for privacy require opt-in with a pseudonym. 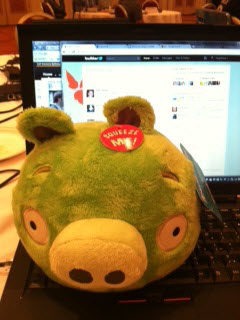 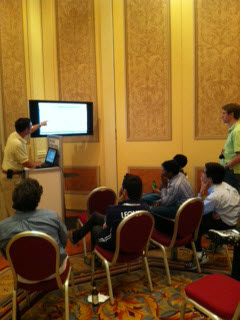 Our team had a great time and we learned a lot at InnoJam Las Vegas. I’d like to thank our technical help:  Werner Wolf and Matthias de la Roche, who made it possible for us to finish our demo on time with their pointers and instruction. 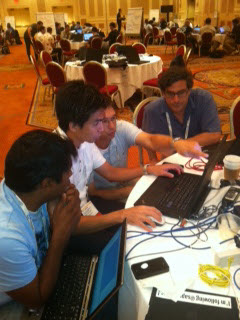 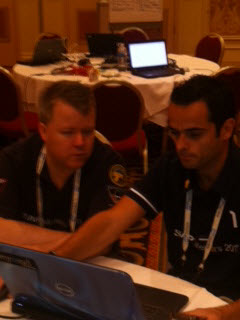 If you are attending SAP TechEd Bangalore or Madrid, I highly recommend you show up early and partake of your local InnoJam event!

If you are going and are interested in coming up with an idea that is suitable for the ByDesign platform, leave a comment here, or send me a tweet to @GregChase.