November 2011 is approaching and with it SAP TechED EMEA which is hosted in Madrid. This is the first time I will be going to TechED. A few years ago I wasn’t really seeking out an oportunity to go to SAP TechEd. I felt I still had way too much to learn, I was too young and I didn’t have enough knowledge to go.

If only I had known what I know now. I would have told myself I’m talking crap and the words that were coming out of my mouth or rather those in my mind were off base and should be ignored. 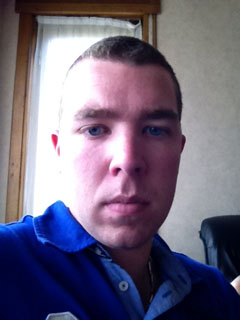 You can always learn and TechED isn’t only about learning. I’m looking forward to meet people I know from the SCN community and perhaps even meet people I don’t know yet at all. I look like my profile picture but with a bit more hair on my head. If you don’t know the reason behind my profile picture I invite you to read one of my initial blogs: We are who we are. In an attempt that you would recognize me a bit easier, a more recent picture 🙂

I’m trying to put something together to send in for the SCNotty awards. I checked last years videos and they are very entertaining. I invite you to The specified item was not found. and I have seen there is a seperate section for SAP TechED EMEA on the wiki as well.

That being said your welcome to stop me and say hi.  Depending on how much spare time we both have in between sessions and who is doing what where how after the TechED day has ended I would love to hang out and really talk to you.

I hope Steve Rumbsy is coming because he wants to bribe me with beer to get valuable #sapadmin information in return, sounds like a nice deal. I’ll be arriving pretty early on monday morning and I’ll be leaving pretty late, on friday evening so I have some time to hang out outside of TechED as well.

One Republic is going to play at TechED Las Vegas and I heard there will also be a band at TechED Madrid. I’m planning to have a blast and I hope everyone else who is going will also do the same. Every single person that is going to TechED can lean into the event and create value.

My keyboard isn’t as shy as I am so if you have to step out of your comfort zone to say Hi, don’t worry about it and just do it. You already know I won’t mind at all.

In fact, lets take a step together.

Thanks for your comment and I would love to meet you.

My SCNotty video has been posted. I wanted to create something and have fun as well so I came up with a rather inconventional entry.

It did require some serious stepping out of my comfort zone.

I look forward to seeing your SCNotty entry too.

Networking?  I am so busy running between sessions that it's tough to stop and talk.  That is why I like the expert networking lounges when I have time.

Have fun and enjoy!
Tammy

Yeah SCNotty, I very much like the idea and I'll step out of my comfort zone to create something, might be really bad though but I'll give it a shot.

It's the first time I'm going so it will be all new to me 🙂 I do plan to build my agenda well up front so I got a good view on what I think is best to attend etc.

SAP TechEd will be the richer for having you attend, and not just because of #SAPAdmin.

It's my favorite SAP event with the most genuine people and a real community feel!

I wish you were going to be in Vegas so we could finally meet in person but there is always hope for Madrid.

And where is that SCNotty video you keep promising? :-).

Thanks for your nice words.

My SCNotty video will be uploaded before the deadline 😉

Martin English
August 29, 2011 at 4:42 pm
Hi Tom,
Looking forward to meeting you in Madrid.  Have you had a look at the sessions yet ? It's been difficult but I think I have a bit of a timetable sorted out. Even so, there's about 7 or 8 extra hands on sessions I would love to attend, let alone all the interesting but not strictly relevant to my work lectures.  BTW, don't believe what people say about being too busy rushing between sessions; there's a lot of evening networking going on as well (I think networking is SAP jargon for drinking and gossiping).

PS I hope you get to make it to Madrid, Natasha, looking forward to meeting you again  🙂

Yeah you are right, the evenings are indeed open spots for networking 🙂

I've had a look at the sessions and I favorited some already (especially some specific hands-on sessions).

My hotel and flights are booked so you can expect seeing me there 😉 They were booked so early that I'm there the whole week basically after SAP shifted the start date and then cancelled friday.